The film industry joins with Uncle Sam in this solid collection of patriotic shorts. 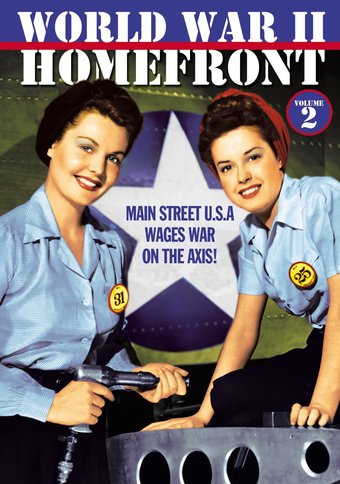 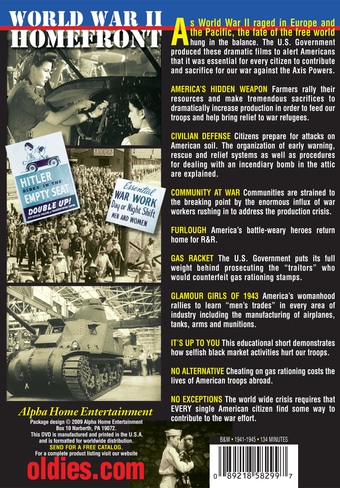 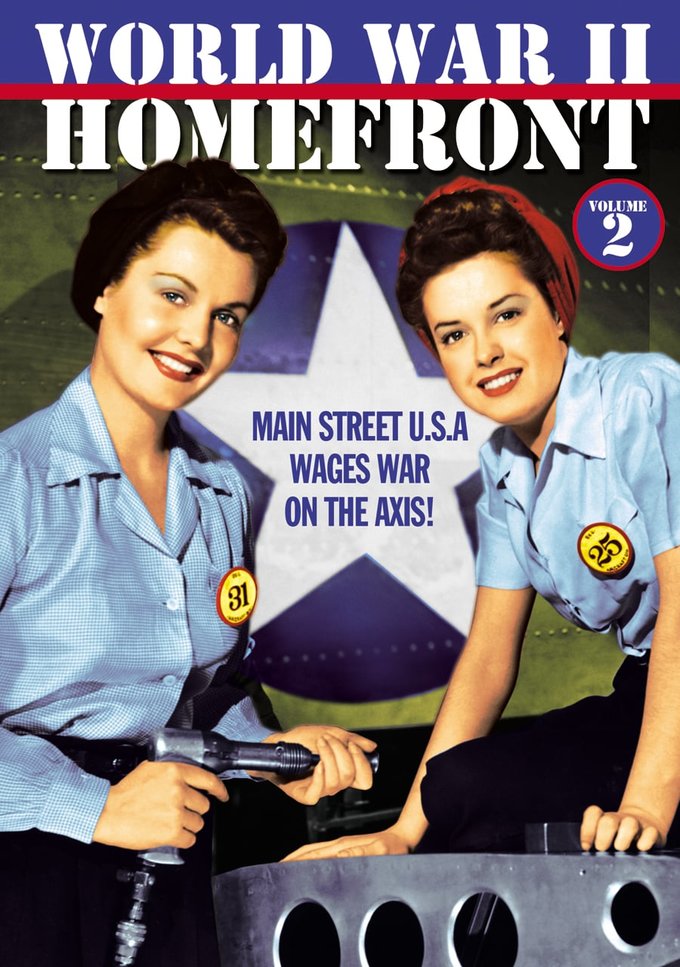 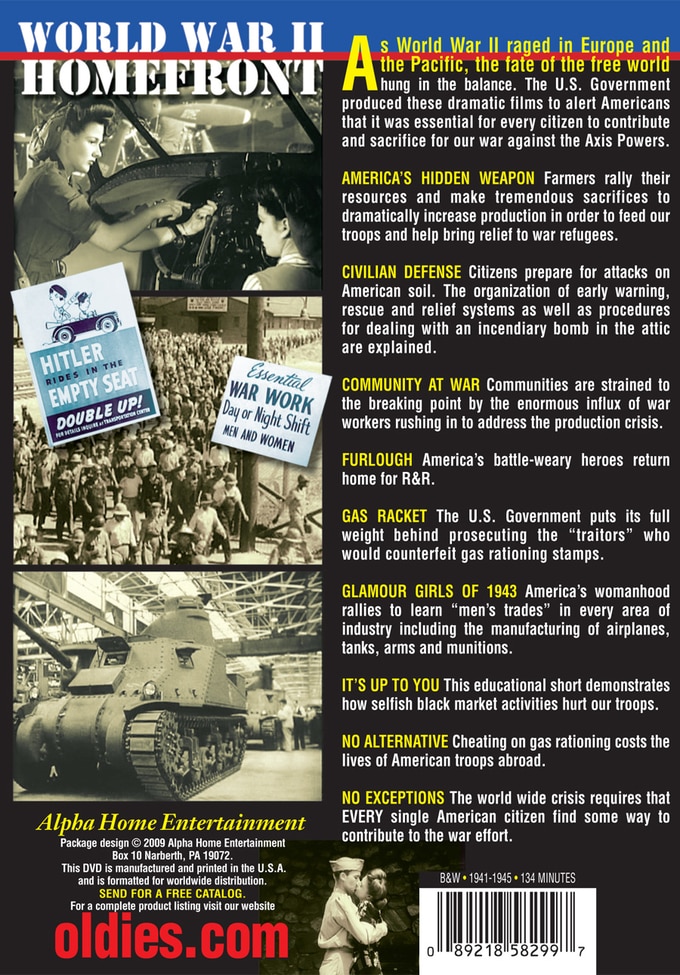 As World War II raged in Europe and the Pacific, the fate of the free world hung in the balance. The U.S. Government produced these dramatic films to alert Americans that it was essential for every citizen to contribute and sacrifice for our war against the Axis Powers.

Civilian Defense: Citizens prepare for attacks on American soil. The organization of early warning, rescue and relief systems as well as procedures for dealing with an incendiary bomb in the attic are explained.

Community At War: Communities are strained to the breaking point by the enormous influx of war workers rushing in to address the production crisis.

Gas Racket: The U.S. Government puts its full weight behind prosecuting the "traitors" who would counterfeit gas rationing stamps.

Glamour Girls Of 1943: America's womanhood rallies to learn "men's trades" in every area of industry including the manufacturing of airplanes, tanks, arms and munitions.

It's Up To You: This educational short demonstrates how selfish black market activities hurt our troops.

No Alternative: Cheating on gas rationing costs the lives of American troops abroad.

No Exceptions: The world wide crisis requires that EVERY single American citizen find some way to contribute to the war effort.

Live-Action | Women | America
This product is made-on-demand by the manufacturer using DVD-R recordable media. Almost all DVD players can play DVD-Rs (except for some older models made before 2000) - please consult your owner's manual for formats compatible with your player. These DVD-Rs may not play on all computers or DVD player/recorders. To address this, the manufacturer recommends viewing this product on a DVD player that does not have recording capability.