Mack and Myer for Hire

A pair of wacky Vaudevillians star in this vintage slapstick comedy series presented for the first time on DVD. 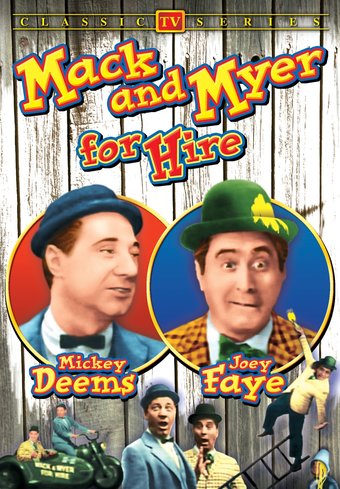 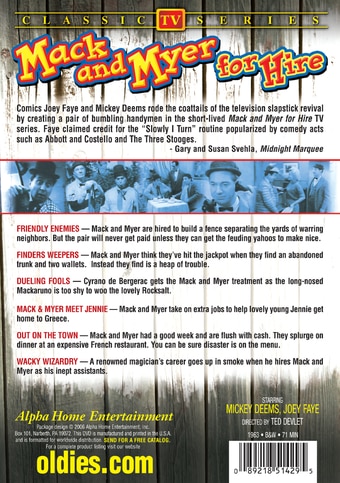 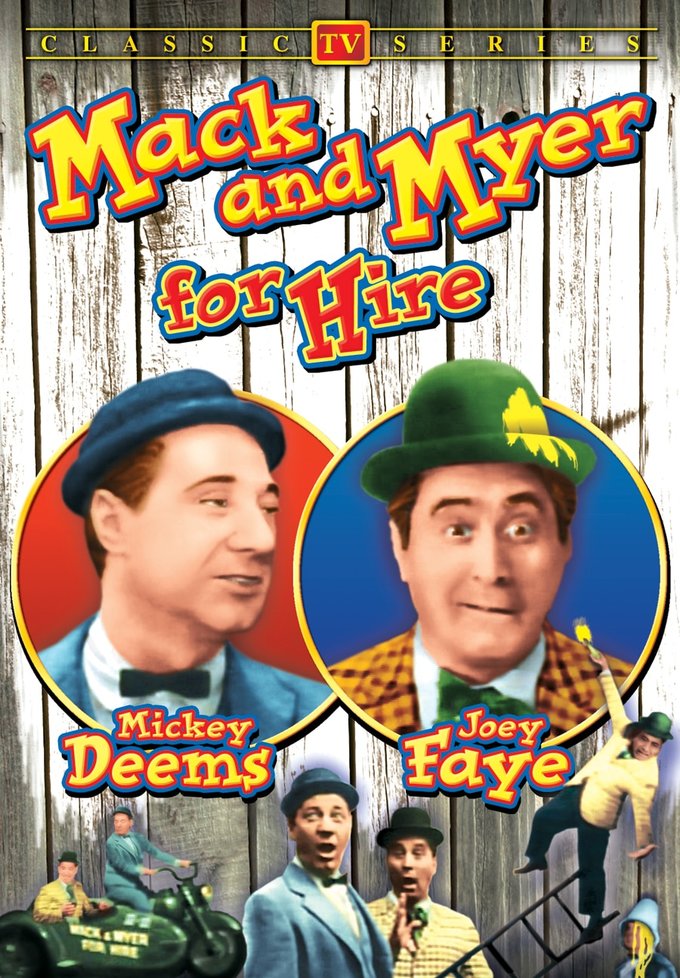 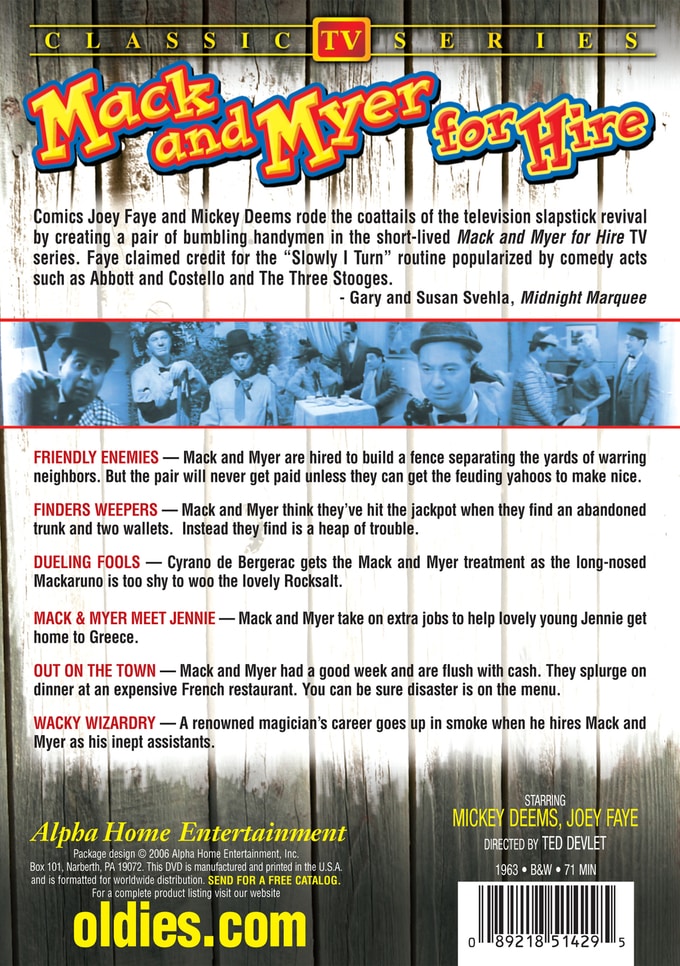 Comics Joey Faye and Mickey Deems rode the coattails of the television slapstick revival by creating a pair of bumbling handymen in the short-lived "Mack and Myer for Hire" TV series. Faye claimed credit for the "Slowly I Turn" routine popularized by comedy acts such as Abbott and Costello and The Three Stooges.

Friendly Enemies: Mack and Myer are hired to build a fence separating the yards of warring neighbors. But the pair will never get paid unless they can get the feuding yahoos to make nice.

Finders Weepers: Mack and Myer think they've hit the jackpot when they find an abandoned trunk and two wallets. Instead they find is a heap of trouble.

Dueling Fools: Cyrano de Bergerac gets the Mack and Myer treatment as the long-nosed Mackaruno is too shy to woo the lovely Rocksalt.

Out on the Town: Mack and Myer had a good week and are flush with cash. They splurge on dinner at an expensive French restaurant. You can be sure disaster is on the menu.

Wacky Wizardry: A renowned magician's career goes up in smoke when he hires Mack and Myer as his inept assistants.

This live-action children's comedy show from the early 1960s starred Vaudevillians Mickey Deems and Joey Faye. They were a pair of bumbling handymen working in Manhattan, whose jobs always devolved into slapstick disaster.

Slapstick | Slapstick Comedy | Comedians / Comediennes | Comedy Teams
This product is made-on-demand by the manufacturer using DVD-R recordable media. Almost all DVD players can play DVD-Rs (except for some older models made before 2000) - please consult your owner's manual for formats compatible with your player. These DVD-Rs may not play on all computers or DVD player/recorders. To address this, the manufacturer recommends viewing this product on a DVD player that does not have recording capability.