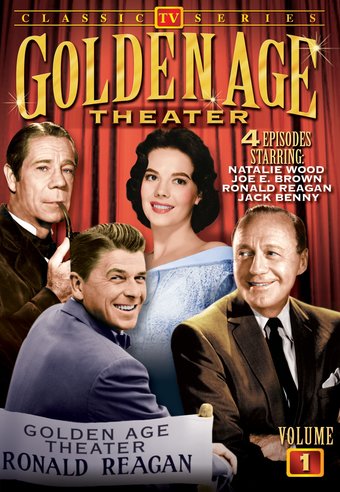 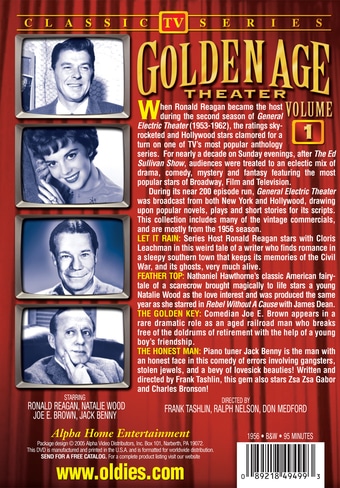 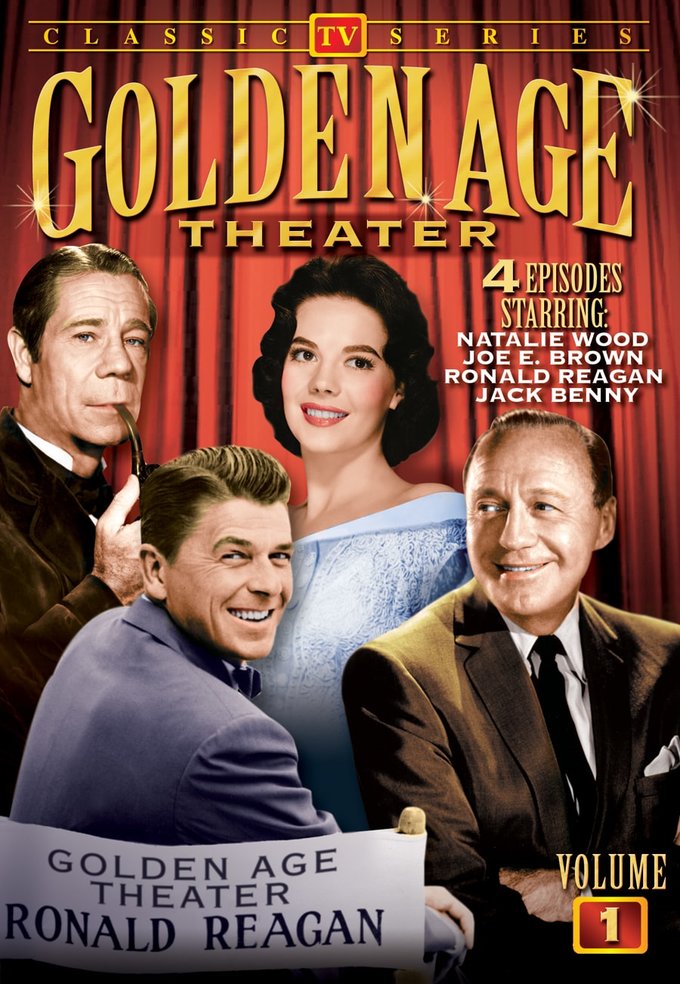 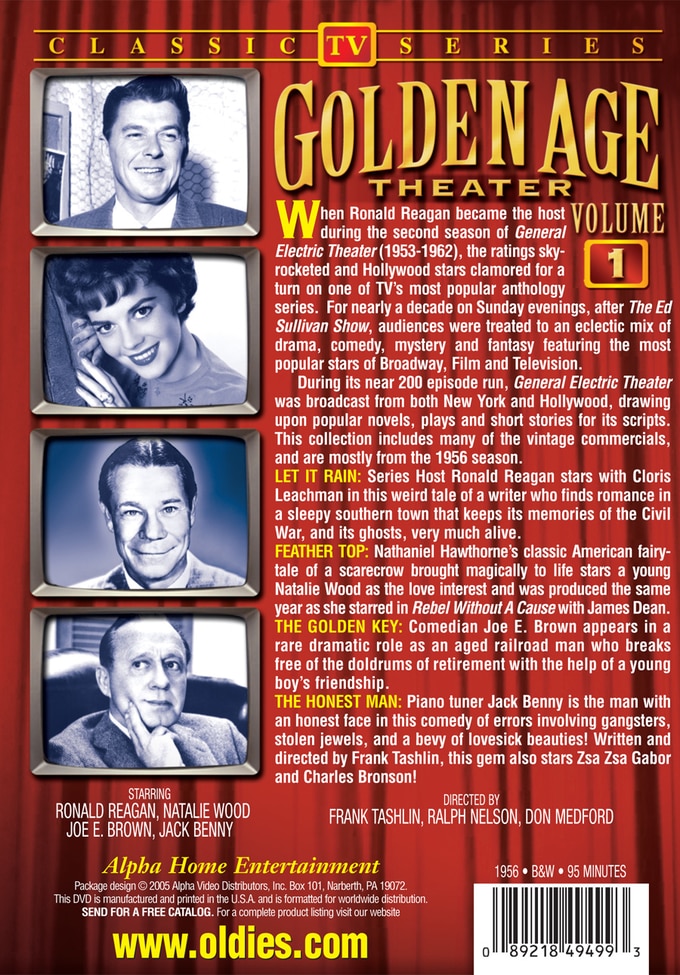 When Ronald Reagan became the host during the second season of General Electric Theater (1953-1962), the ratings skyrocketed and Hollywood stars clamored for a turn on one of TV's most popular anthology series. For nearly a decade on Sunday evenings, after "The Ed Sullivan Show," audiences were treated to an eclectic mix of drama, comedy, mystery and fantasy featuring the most popular stars of Broadway, Film and Television.

During its near 200 episode run, General Electric Theater was broadcast from both New York and Hollywood, drawing upon popular novels, plays and short stories for its scripts. This collection includes many of the vintage commercials, and are mostly from the 1956 season.

LET IT RAIN: Series Host Ronald Reagan stars with Cloris Leachman in this weird tale of a writer who finds romance in a sleepy southern town that keeps its memories of the Civil War, and its ghosts, very much alive.

FEATHER TOP: Nathaniel Hawthorne's classic American fairy-tale of a scarecrow brought magically to life stars a young Natalie Wood as the love interest and was produced the same year as she starred in Rebel Without A Cause with James Dean.

THE GOLDEN KEY: Comedian Joe E. Brown appears in a rare dramatic role as an aged railroad man who breaks free of the doldrums of retirement with the help of a young boy's friendship.

THE HONEST MAN: Piano tuner Jack Benny is the man with an honest face in this comedy of errors involving gangsters, stolen jewels, and a bevy of lovesick beauties! Written and directed by Frank Tashlin, this gem also stars Zsa Zsa Gabor and Charles Bronson!

Four vintage episodes from the early General Electric variety program, GENERAL ELECTRIC THEATER, comprise this collection. The show used a revolving cast of contemporary Broadway and Hollywood stars to dramatize literary adaptations, and only increased in popularity when Ronald Reagan became its host in the third season.

Vintage TV | Adaptation | Hollywood | Television / TV Series
This product is made-on-demand by the manufacturer using DVD-R recordable media. Almost all DVD players can play DVD-Rs (except for some older models made before 2000) - please consult your owner's manual for formats compatible with your player. These DVD-Rs may not play on all computers or DVD player/recorders. To address this, the manufacturer recommends viewing this product on a DVD player that does not have recording capability.