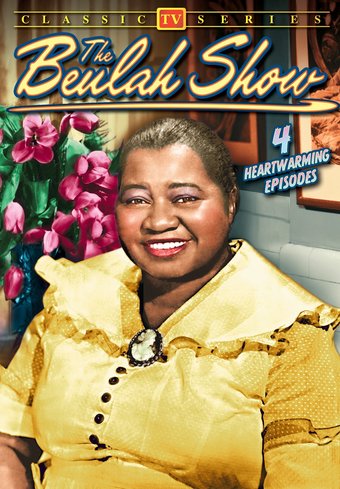 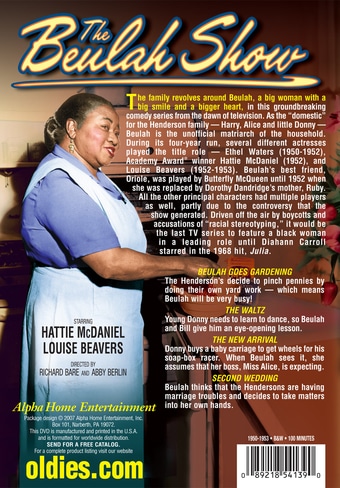 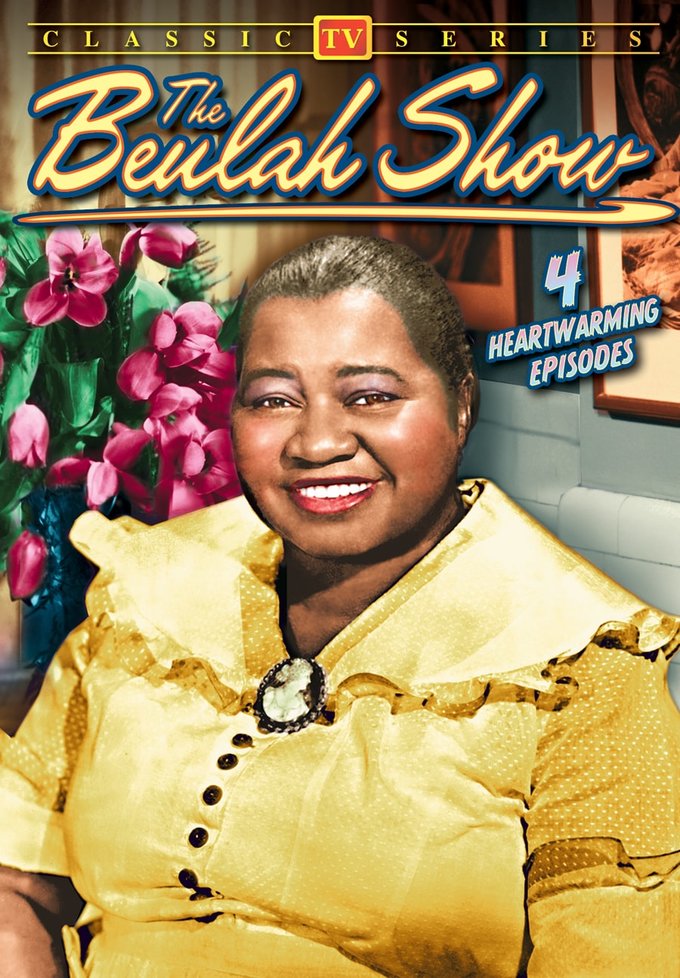 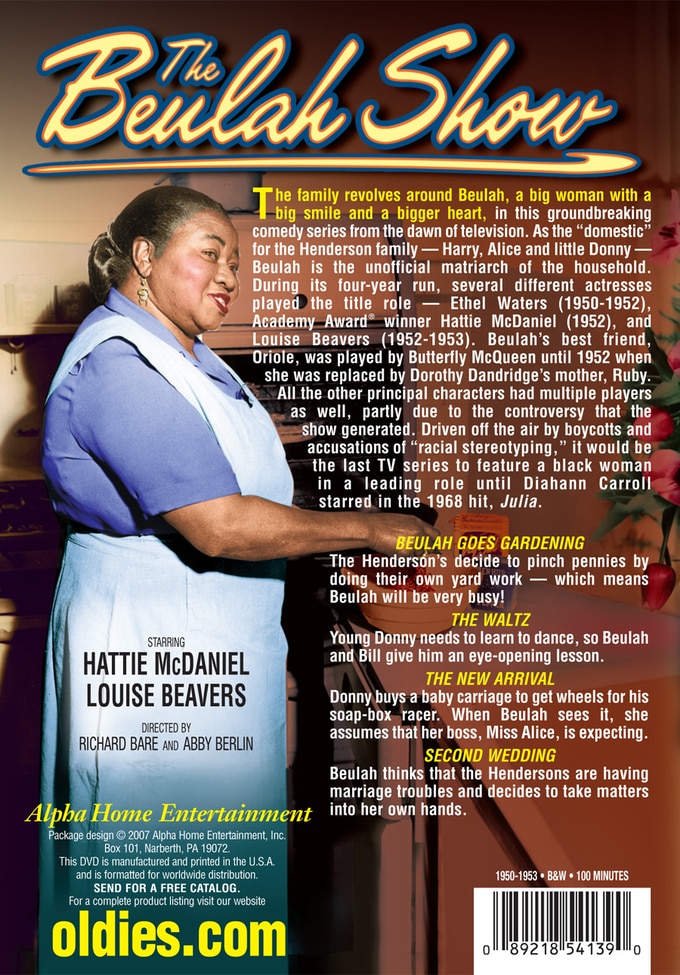 The family revolves around Beulah, a big woman with a big smile and a bigger heart, in this groundbreaking comedy series from the dawn of television. As the "domestic" for the Henderson family - Harry, Alice and little Donny - Beulah is the unofficial matriarch of the household. During its four year run, several different actresses played the title role - Ethel Waters (1950-1952), Academy Award winner Hattie McDaniel (1952), and Louise Beavers (1952-1953). Beulah's best friend, Oriole, was played by Butterfly McQueen until 1952 when she was replaced by Dorothy Dandridge's mother, Ruby. All the other principal characters had multiple players during its short run as well, partly due to the controversy that the show generated. Driven off the air by boycotts and accusations of "racial stereotyping," it would be the last TV series to feature a black woman in a leading role until Diahann Carroll starred in the 1968 hit, Julia.

Beulah Goes Gardening: The Henderson's decide to pinch pennies by doing their own yard work - which means Beulah will be very busy!

The Waltz: Young Donny needs to learn to dance,so Beulah and Bill give him an eye-opening lesson.

The New Arrival: Donny buys a baby carriage to get wheels for his soap-box racer. When Beulah sees it, she assumes that her boss, Miss Alice, is expecting.

Second Wedding: Beulah thinks that the Hendersons are having marriage troubles and decides to take matters into her own hands.

Customer Rating:
Based on 29 ratings.


The characters are stereotypes but it's not offensive at all, indeed "Beulah" may be a black maid but she's a smart person whose problems are caused by other people. Writing and production values are good, cast is good as well. Picture quality is a little weak, but watchable.


Look beyond the sterotyping and enjoy the talents of these two fine ladies! I was born in 1956 and discovered the talents of Hattie McDaniels in "Gone With the Wind", Louise Beavers in "Imitation Of Life". An added treat for me was seeing Ruby Dandridge for the first time. Miss Daniels and Miss Beavers are well dressed, pretty, and as dignified as they were allowed to be at that time. Read their biographies including Dorothy Dandridges' and you won't pass up The Beulah Show. You will appreciativey enjoy this forerunner of "Julia"