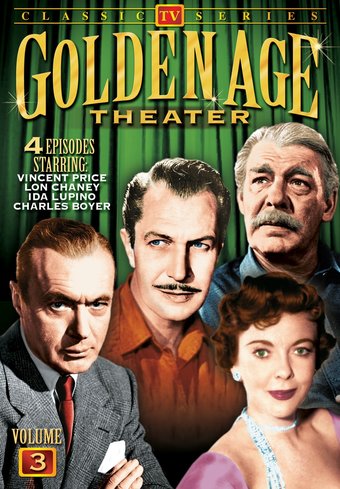 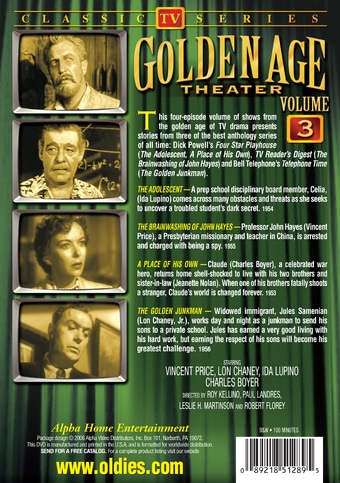 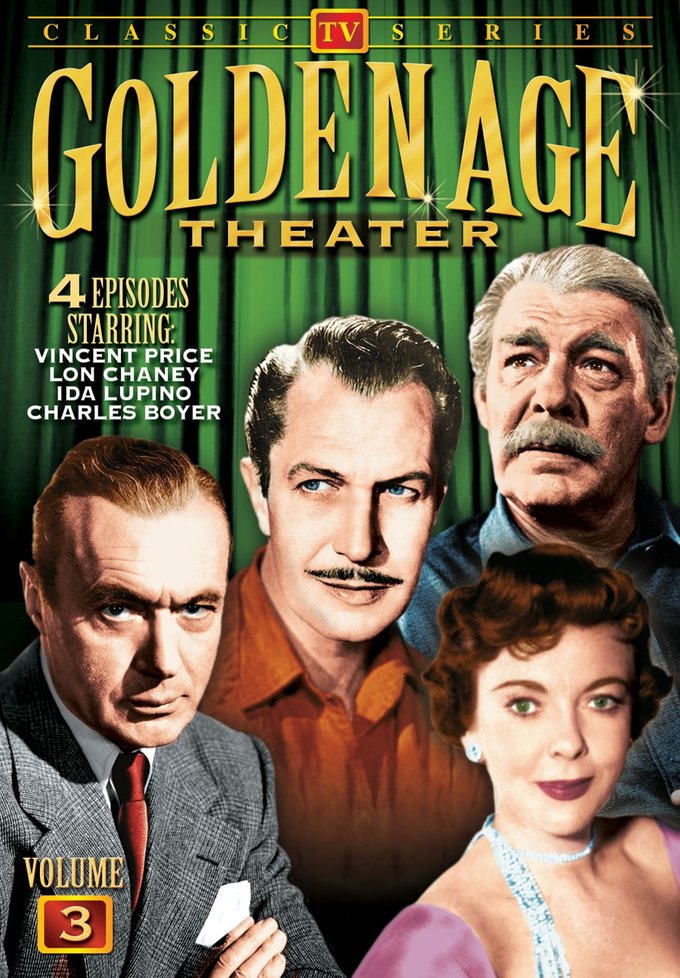 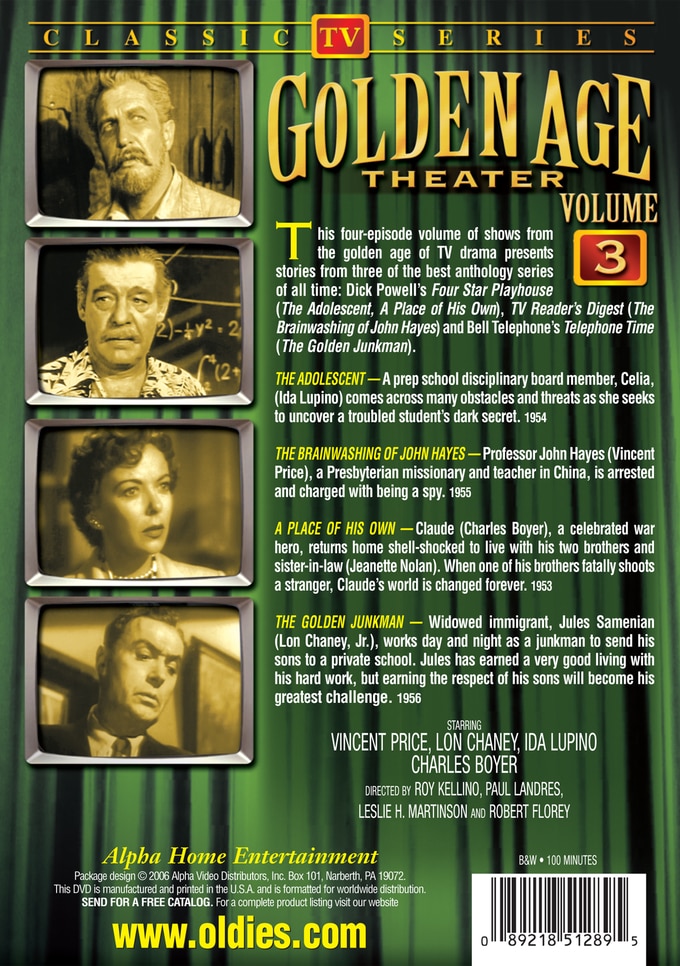 This four-episode volume of shows from the golden age of TV drama presents stories from three of the best anthology series of all time: "Dick Powell's Four Star Playhouse" ("The Adolescent," "A Place of His Own"), "TV Reader's Digest" ("The Brainwashing of John Hayes") and Bell Telephone's "Telephone Time" ("The Golden Junkman").

The Adolescent: A prep school disciplinary board member, Celia, (Ida Lupino) comes across many obstacles and threats as she seeks to uncover a troubled student's dark secret.

The Brainwashing of John Hayes: Professor John Hayes (Vincent Price), a Presbyterian missionary and teacher in China, is arrested and charged with being a spy.

A Place of His Own: Claude (Charles Boyer), a celebrated war hero, returns home shell-shocked to live with his two brothers and sister-in-law (Jeanette Nolan). When one of his brothers fatally shoots a stranger, Claude's world is changed forever.

The Golden Junkman: Widowed immigrant, Jules Samenian (Lon Chaney, Jr.), works day and night as a junkman to send his sons to a private school. Jules has earned a very good living with his hard work, but earning the respect of his sons will become his greatest challenge.