Captain Stellar Quasar, bodacious female space force commander, leads her crew on a quest to the end of the universe in this loving homage to the classic science fiction movies of the 1950s. 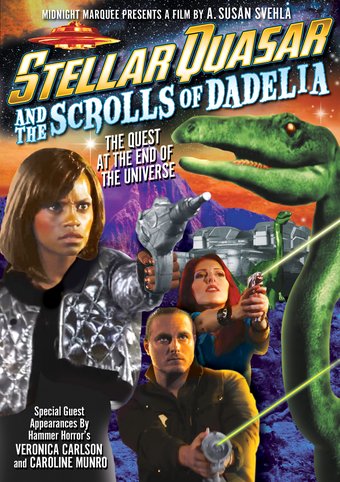 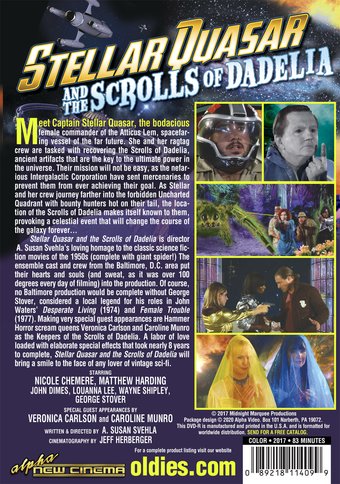 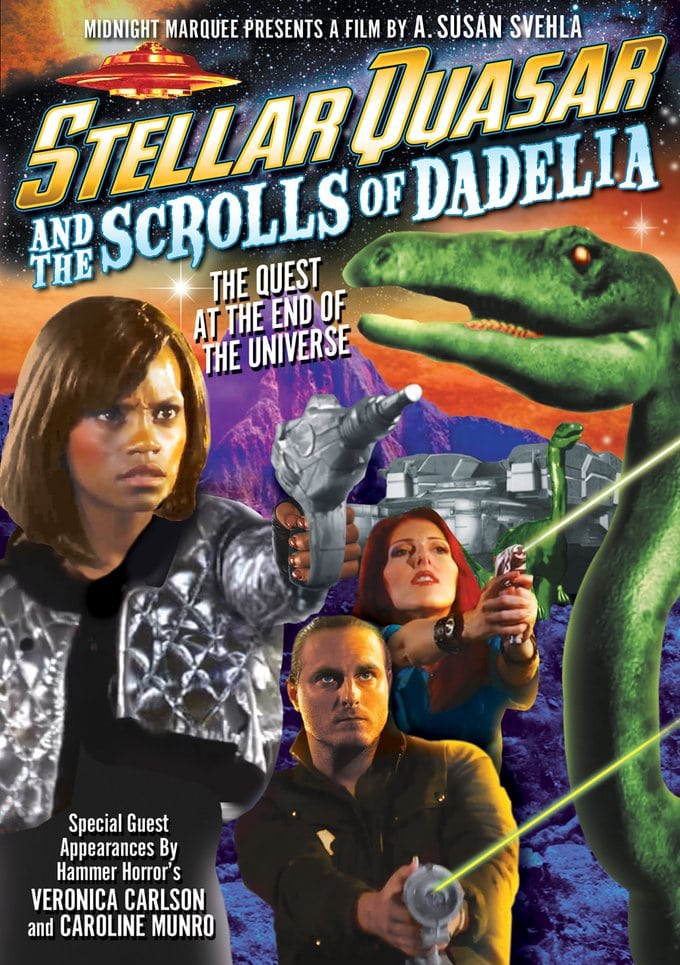 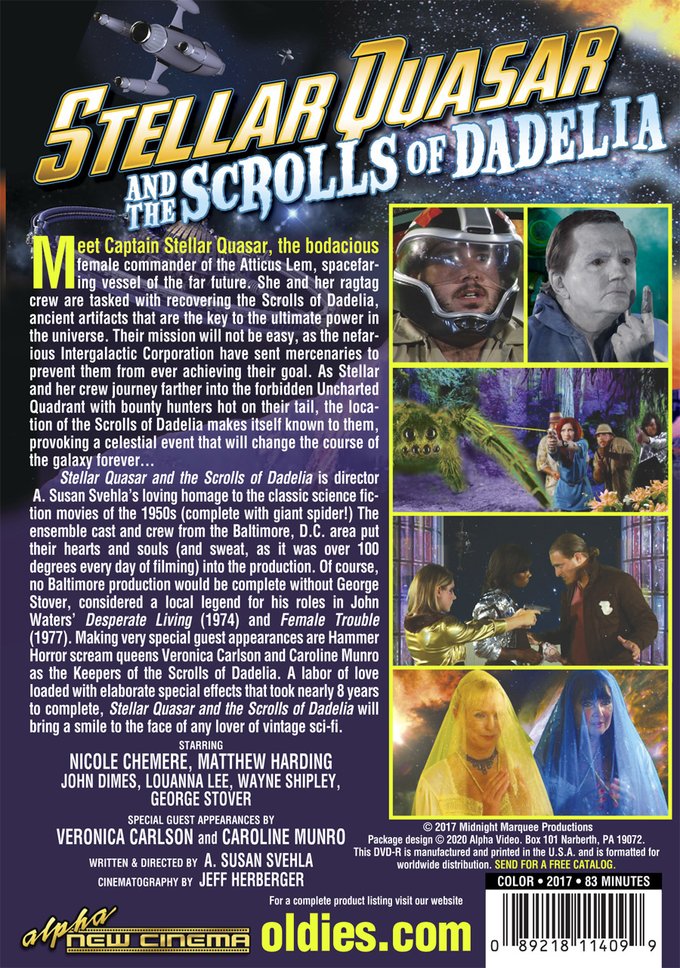 Meet Captain Stellar Quasar, the bodacious female commander of the Atticus Lem, spacefaring vessel of the far future. She and her ragtag crew are tasked with recovering the Scrolls of Dadelia, ancient artifacts that are the key to the ultimate power in the universe. Their mission will not be easy, as the nefarious Intergalactic Corporation have sent mercenaries to prevent them from ever achieving their goal. As Stellar and her crew journey farther into the forbidden Uncharted Quadrant with bounty hunters hot on their tail, the location of the Scrolls of Dadelia makes itself known to them, provoking a celestial event that will change the course of the galaxy forever…

Stellar Quasar and the Scrolls of Dadelia is director A. Susan Svehla's loving homage to the classic science fiction movies of the 1950s (complete with giant spider!) The ensemble cast and crew from the Baltimore, D.C. area put their hearts and souls (and sweat, as it was over 100 degrees every day of filming) into the production. Of course, no Baltimore production would be complete without George Stover, considered a local legend for his roles in John Waters' Desperate Living (1974) and Female Trouble (1977). Making very special guest appearances are Hammer Horror scream queens Veronica Carlson and Caroline Munro as the Keepers of the Scrolls of Dadelia. A labor of love loaded with elaborate special effects that took nearly 8 years to complete, Stellar Quasar and the Scrolls of Dadelia will bring a smile to the face of any lover of vintage sci-fi.