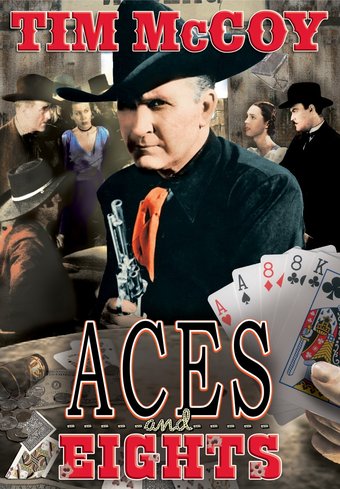 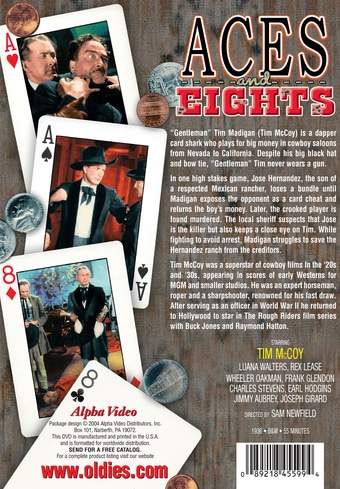 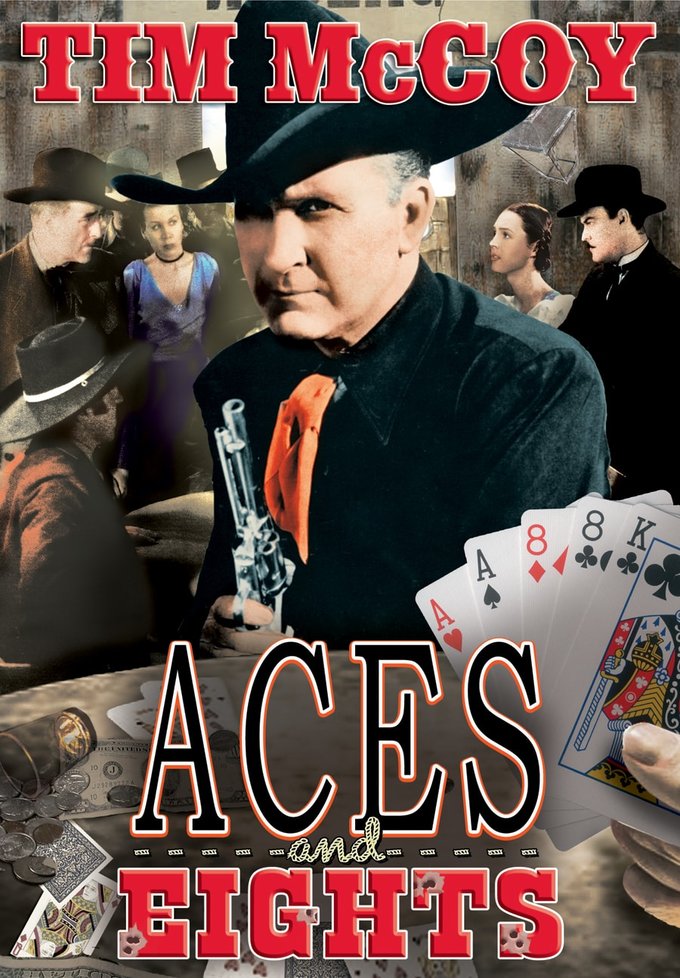 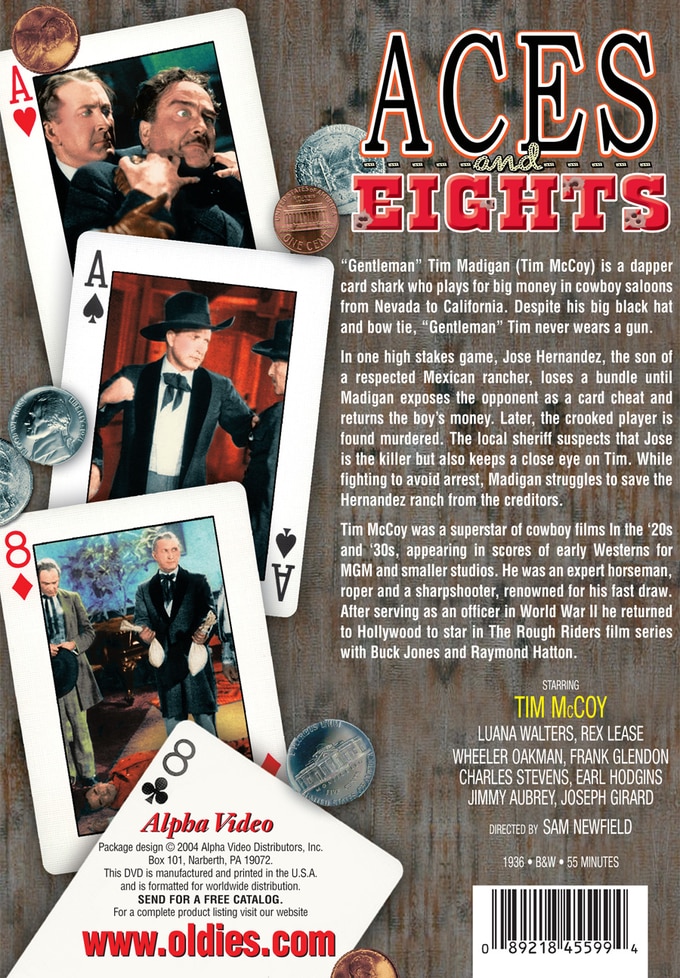 "Gentleman" Tim Madigan (Tim McCoy) is a dapper card shark who plays for big money in cowboy saloons from Nevada to California. Despite his big black hat and bow tie, "Gentleman" Tim never wears a gun. In one high stakes game, Jose Hernandez, the son of a respected Mexican rancher, loses a bundle until Madigan exposes the opponent as a card cheat and returns the boy's money. Later, the crooked player is found murdered. The local sheriff suspects that Jose is the killer but also keeps a close eye on Tim. While fighting to avoid arrest, Madigan struggles to save the Hernandez ranch from the creditors.

Tim McCoy was a superstar of cowboy films In the '20s and '30s, appearing in scores of early Westerns for MGM and smaller studios. He was an expert horseman, roper and a sharpshooter, renowned for his fast draw. After serving as an officer in World War II he returned to Hollywood to star in The Rough Riders film series with Buck Jones and Raymond Hatton.

ACES AND EIGHTS is a tale which will grab your attention throughout the entire movie. Tim McCoy plays an honest gambler who must overcome the legend of ACES AND EIGHTS as well as a murder rap.

Customer Rating:
Based on 221 ratings.


The title refers to the "dead man's hand" which was held by Wild Bill Hickok when he was gunned down during a poker game, and which plays an important part in this limply directed Western which fortunately stars the always poised Tim McCoy, whose piercing glances enfeeble his rivals in his portrayal of "Gentleman" Tim Madigan, an unethical gambler whose finer instincts cause him to assist a beleaguered Mexican family near the California/Nevada border. Madigan survives by his wits as he carries no gun and is given some clever lines, from the uneven screenplay, which McCoy delivers with aplomb, stealing the acting honors with ease in this rather subdued example of the genre, wherein recovery is the keyword: of pride, honor and property.


Tim McCoy, dressed in a large black hat and a long black coat, plays a Gentleman gambler in this rather interesting western. He never carries a gun, has amazingly strong hands (tearing a deck of cards into quarters is no slight trick), seems to win every hand of poker he's dealt, rids the Nevava-California border area of card cheats, clears his own name. and and probably gets the lovely senorita at the conclusion of this short 1936 film.


Tim McCoy was an icon of the 1930's B-Westerns. It is said that he and Bob Steele were the two fastest draws in the business. McCoy had originally started in Hollywood as a consultant on films, having had a wide knowledge of Western customs and habits. As a result there is a realism to his films often missing from others of the era. He was also a very different type of hero: no nonsense, no flash and with an inteeligent, dry wit. There are definate influnences on the CLint Eastwood character that come from McCoy. This is a truly marvellous McCoy film, showing the star at his best.