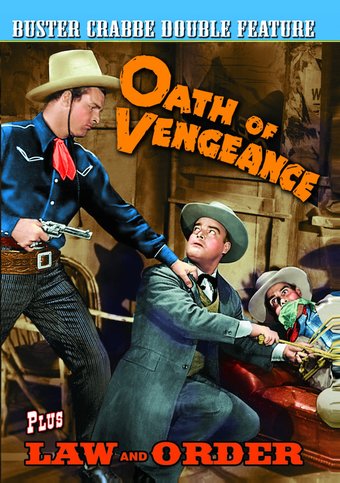 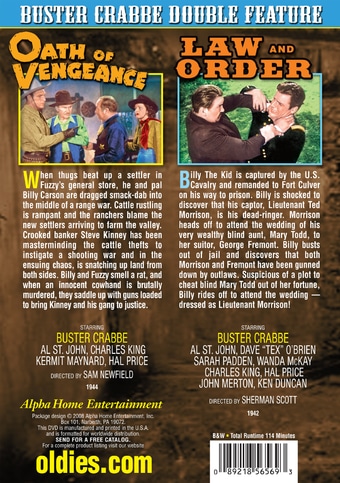 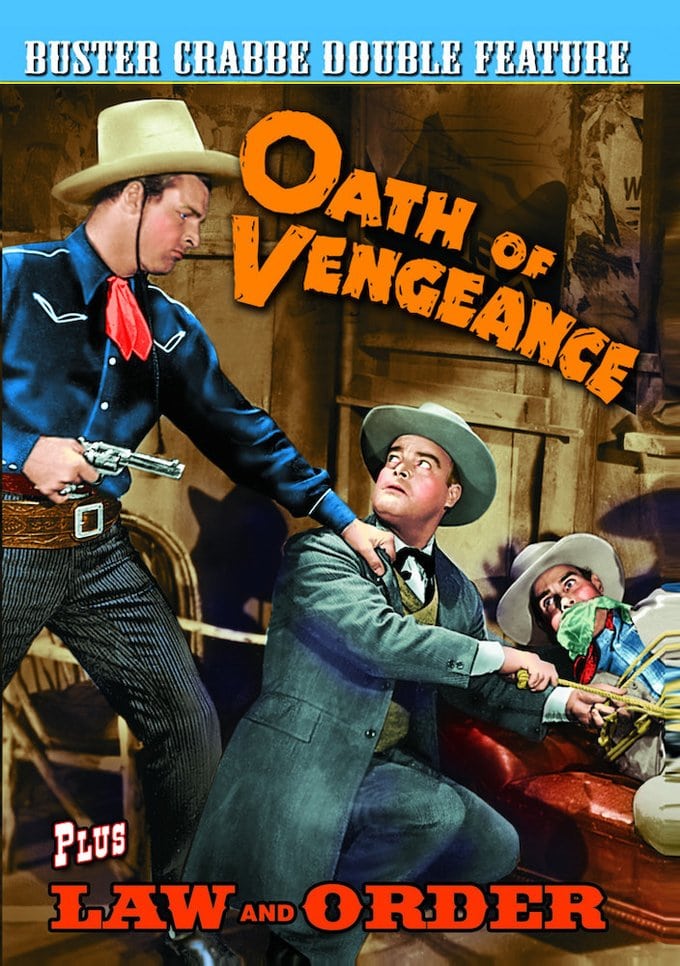 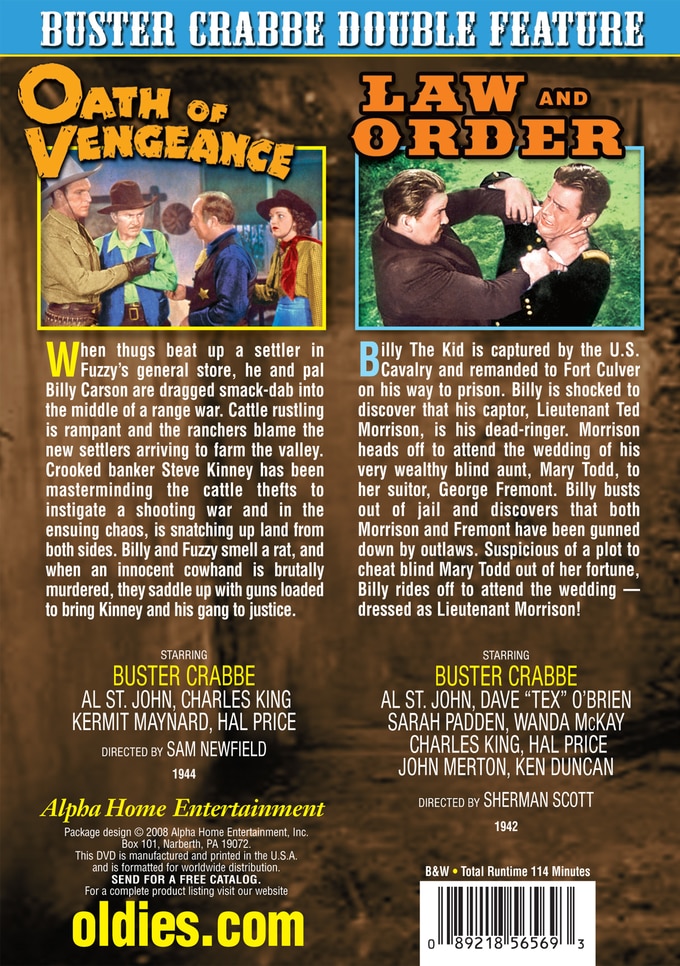 Oath Of Vengeance (1944, B&W): When thugs beat up a settler in Fuzzy's general store, he and pal Billy Carson are dragged smack-dab into the middle of a range war. Cattle rustling is rampant and the ranchers blame the new settlers arriving to farm the valley. Crooked banker Steve Kinney has been masterminding the cattle thefts to instigate a shooting war and in the ensuing chaos, is snatching up land from both sides. Billy and Fuzzy smell a rat, and when an innocent cowhand is brutally murdered, they saddle up with guns loaded to bring Kinney and his gang to justice.

Law and Order (1942, B&W): Billy The Kid is captured by the U.S. Cavalry and remanded to Fort Culver on his way to prison. Billy is shocked to discover that his captor, Lieutenant Ted Morrison, is his dead-ringer. Morrison heads off to attend the wedding of his very wealthy blind aunt, Mary Todd, to her suitor, George Fremont. Billy busts out of jail and discovers that both Morrison and Fremont have been gunned down by outlaws. Suspicious of a plot to cheat blind Mary Todd out of her fortune, Billy rides off to attend the wedding - dressed as Lieutenant Morrison!

Gunfighters of Abilene
$19
Add to Cart