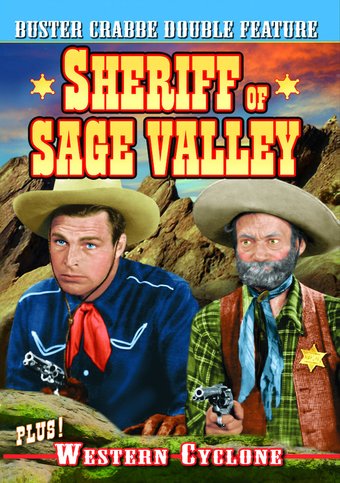 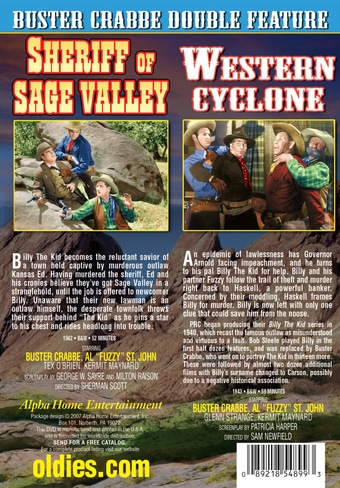 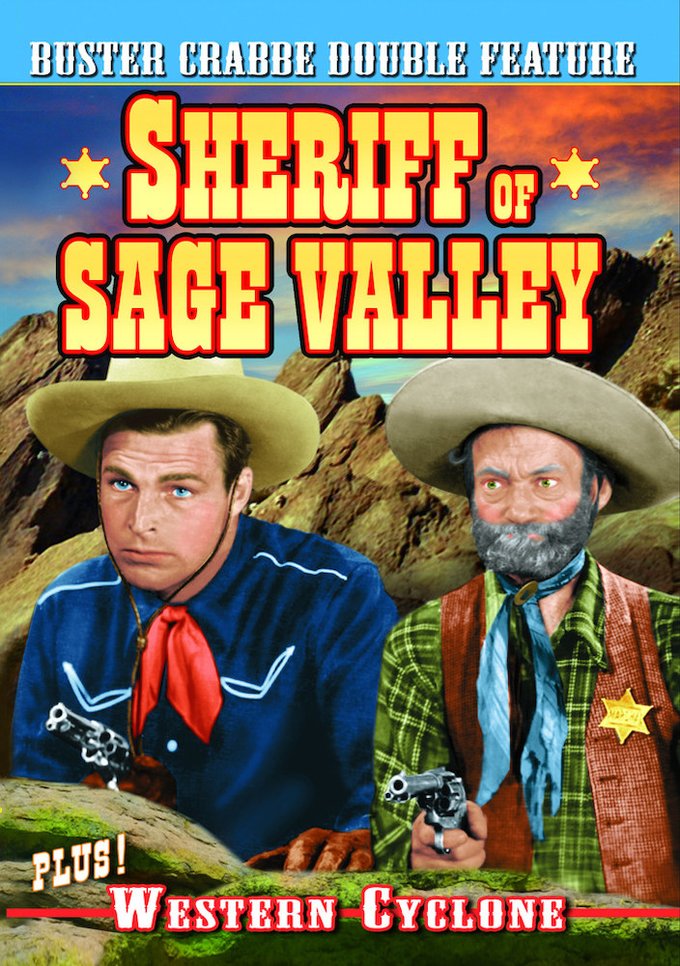 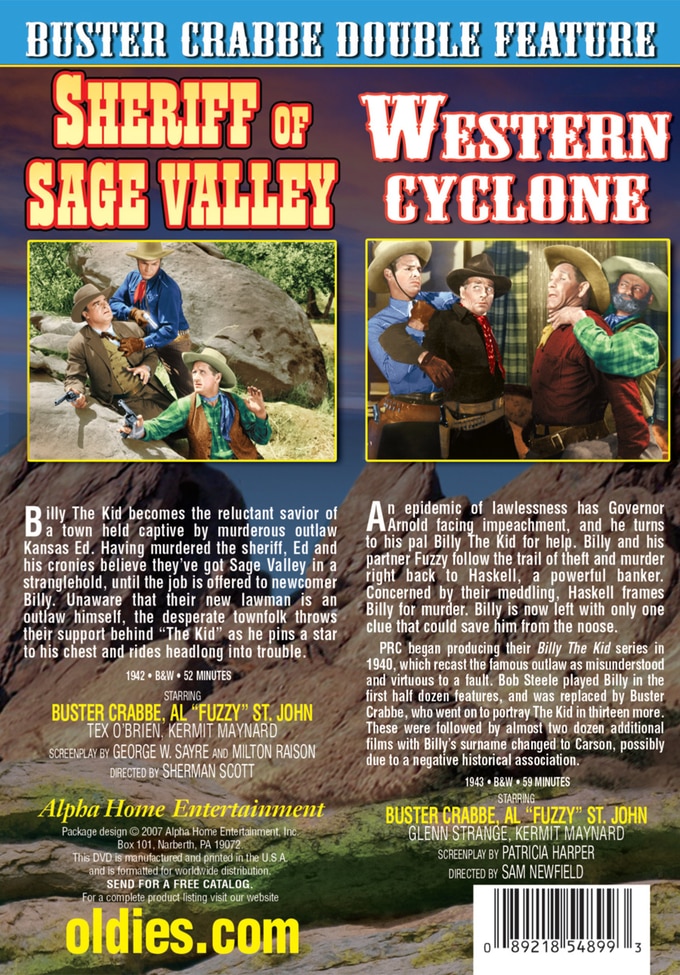 Sheriff Of Sage Valley (1942, B&W, 52 minutes): Billy The Kid becomes the reluctant savior of a town held captive by murderous outlaw Kansas Ed. Having murdered the sheriff, Ed and his cronies believe they've got Sage Valley in a stranglehold, until the job is offered to newcomer Billy. Unaware that their new lawman is an outlaw himself, the desperate townfolk throw their support behind "The Kid" as he pins a star to his chest and rides headlong into trouble.

Western Cyclone (1943, B&W, 59 minutes): An epidemic of lawlessness has Governor Arnold facing impeachment, and he turns to his pal Billy The Kid for help. Billy and his partner Fuzzy follow the trail of theft and murder right back to Haskell, a powerful banker. Concerned by their meddling, Haskell frames Billy for murder. Billy is left with only one clue that could save him from the noose.

PRC began producing their Billy The Kid series in 1940, which recast the famous outlaw as misunderstood and virtuous to a fault. Bob Steele played Billy in the first half dozen features, and was replaced by Buster Crabbe, who went on to portray The Kid in thirteen more. These were followed by almost two dozen additional films with Billy's surname changed to Carson, possibly due to a negative historical association.