Fit For A King

A young reporter assigned to write a story about an elderly duke, falls in love with the crown princess and exposes an assassination plot. 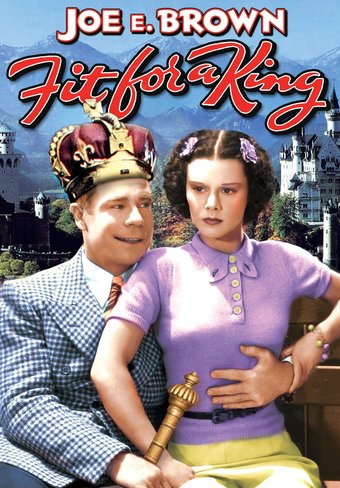 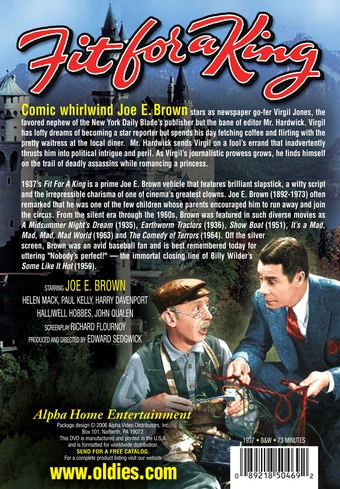 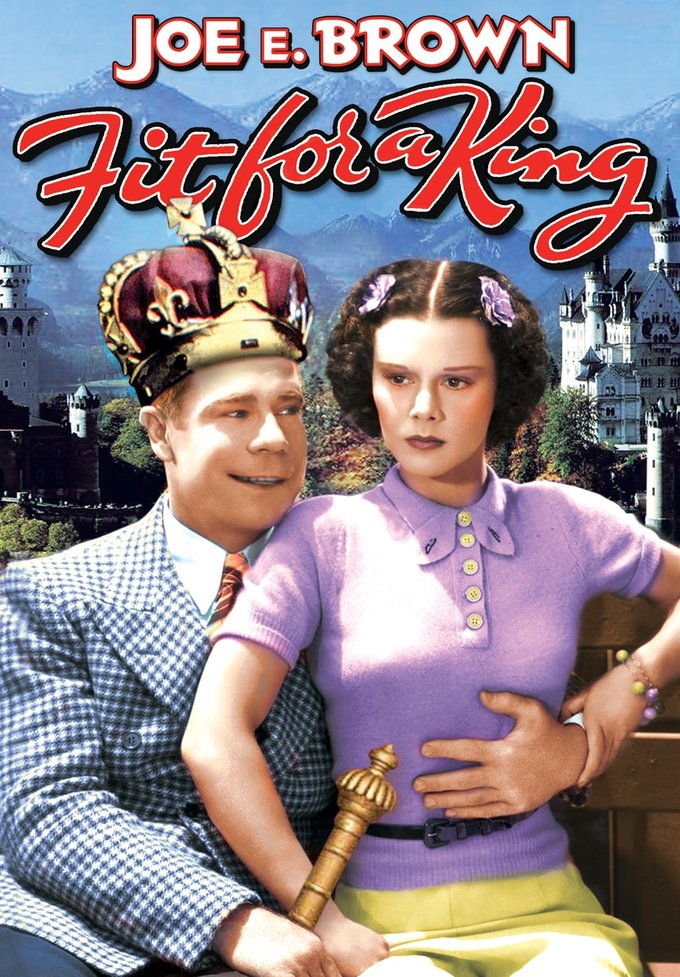 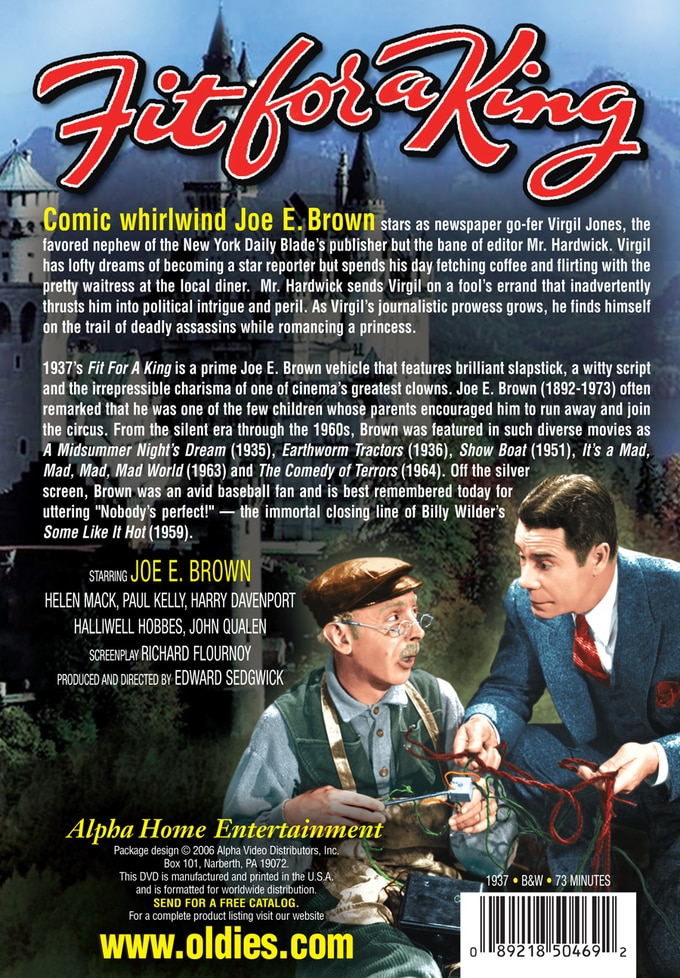 Comic whirlwind Joe E. Brown stars as newspaper go-fer Virgil Jones, the favored nephew of the New York Daily Blade's publisher but the bane of editor Mr. Hardwick. Virgil has lofty dreams of becoming a star reporter but spends his day fetching coffee and flirting with the pretty waitress at the local diner. Mr. Hardwick sends Virgil on a fool's errand that inadvertently thrusts him into political intrigue and peril. As Virgil's journalistic prowess grows, he finds himself on the trail of deadly assassins while romancing a princess.

1937's Fit For A King is a prime Joe E. Brown vehicle that features brilliant slapstick, a witty script and the irrepressible charisma of one of cinema's greatest clowns. Joe E. Brown (1892-1973) often remarked that he was one of the few children whose parents encouraged him to run away and join the circus. From the silent era through the 1960s, Brown was featured in such diverse movies as A Midsummer Night's Dream (1935), Earthworm Tractors (1936), Show Boat (1951), It's a Mad, Mad, Mad, Mad World (1963) and The Comedy of Terrors (1964). Off the silver screen, Brown was an avid baseball fan and is best remembered today for uttering "Nobody's perfect!" - the immortal closing line of Billy Wilder's Some Like It Hot (1959).

A reporter comes to the aid of a princess in distress in this light comedy.