A Bride for Henry

A young couple's honeymoon is constantly being interrupted by visitations by a handsome ex-suitor. 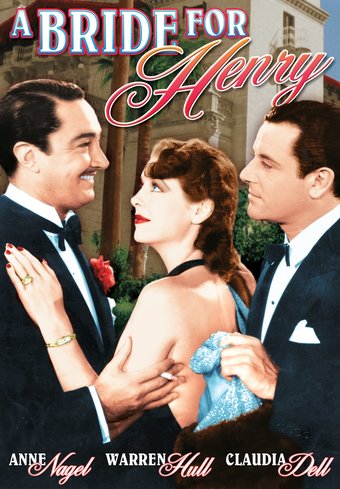 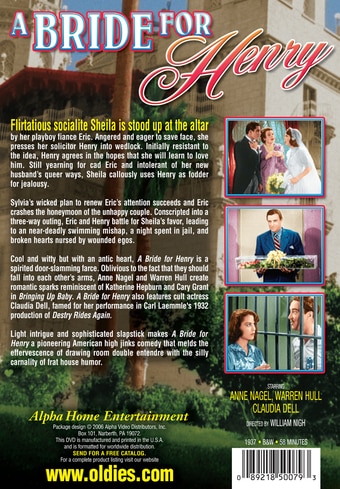 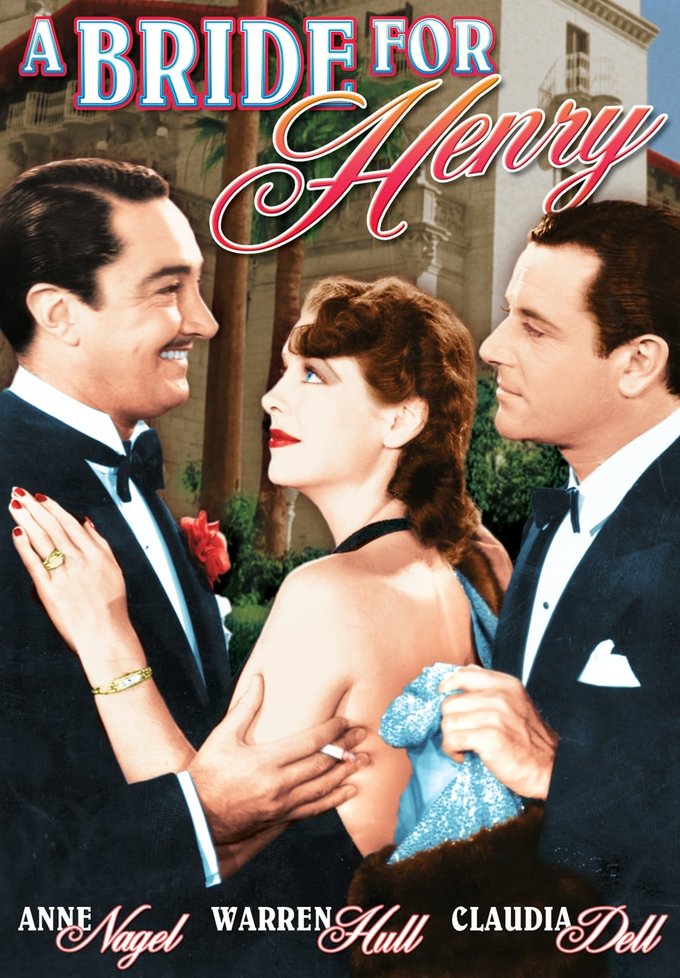 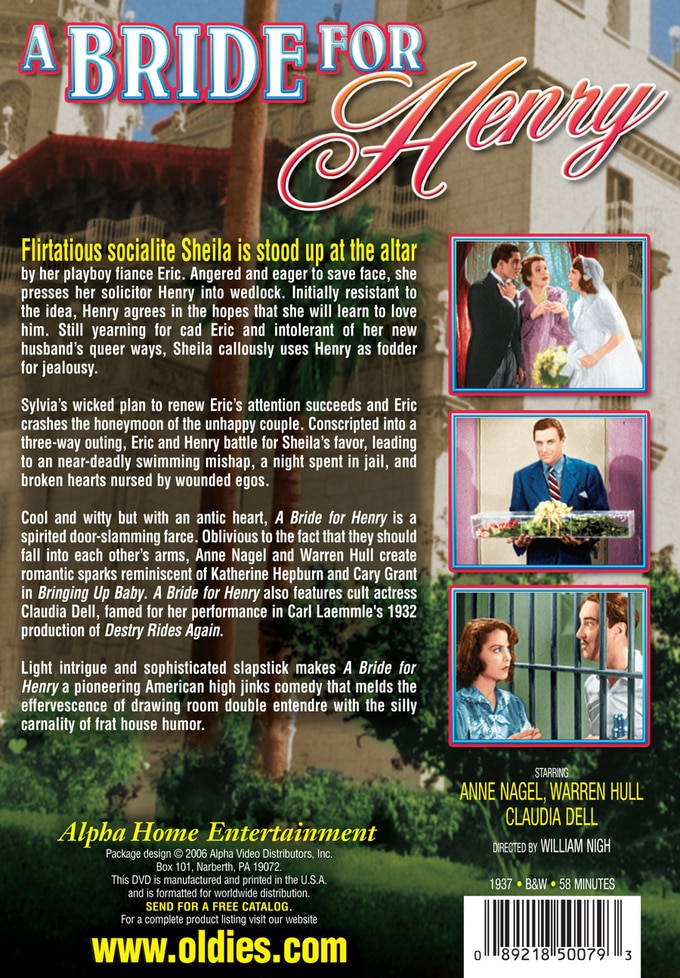 Flirtatious socialite Sheila is stood up at the altar by her playboy fiance Eric. Angered and eager to save face, she presses her solicitor Henry into wedlock. Initially resistant to the idea, Henry agrees in the hopes that she will learn to love him. Still yearning for cad Eric and intolerant of her new husband's queer ways, Sheila callously uses Henry as fodder for jealousy.

Sylvia's wicked plan to renew Eric's attention succeeds and Eric crashes the honeymoon of the unhappy couple. Conscripted into a three-way outing, Eric and Henry battle for Sheila's favor, leading to an near-deadly swimming mishap, a night spent in jail, and broken hearts nursed by wounded egos.

Cool and witty but with an antic heart, A Bride for Henry is a spirited door-slamming farce. Oblivious to the fact that they should fall into each other's arms, Anne Nagel and Warren Hull create romantic sparks reminiscent of Katherine Hepburn and Cary Grant in Bringing Up Baby. A Bride for Henry also features cult actress Claudia Dell, famed for her performance in Carl Laemmle's 1932 production of Destry Rides Again.

Light intrigue and sophisticated slapstick makes A Bride for Henry a pioneering American high jinks comedy that melds the effervescence of drawing room double entendre with the silly carnality of frat house humor.

When a stuck-up debutante is stood up at the altar she marries a lawyer for purely social reasons, intending never to consummate the marriage. But her new husband hatches a scheme to make her forget the man who jilted her and win her true love in this screwball comedy.

24%off
Scooby-Doo
Scooby-Doo in Where's My Mummy?
$9.80 Super Savings
Add to Cart

22%off
An Extremely Goofy Movie
$11.70 Super Savings
Add to Cart

Scooby-Doo and the Cyber Chase
$6.50
Add to Cart