A deceased steel magnate leaves his business in the hands of his capable, but not very bright, foreman. 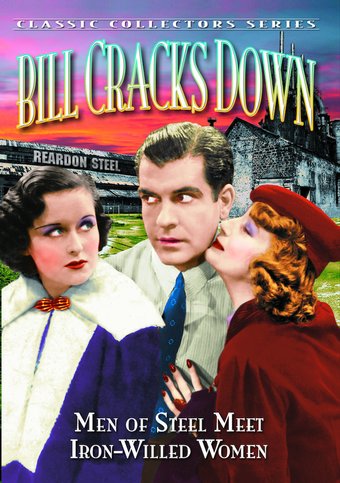 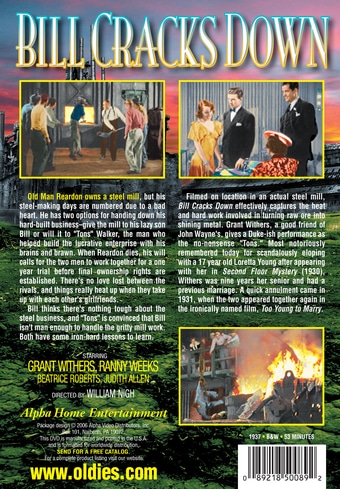 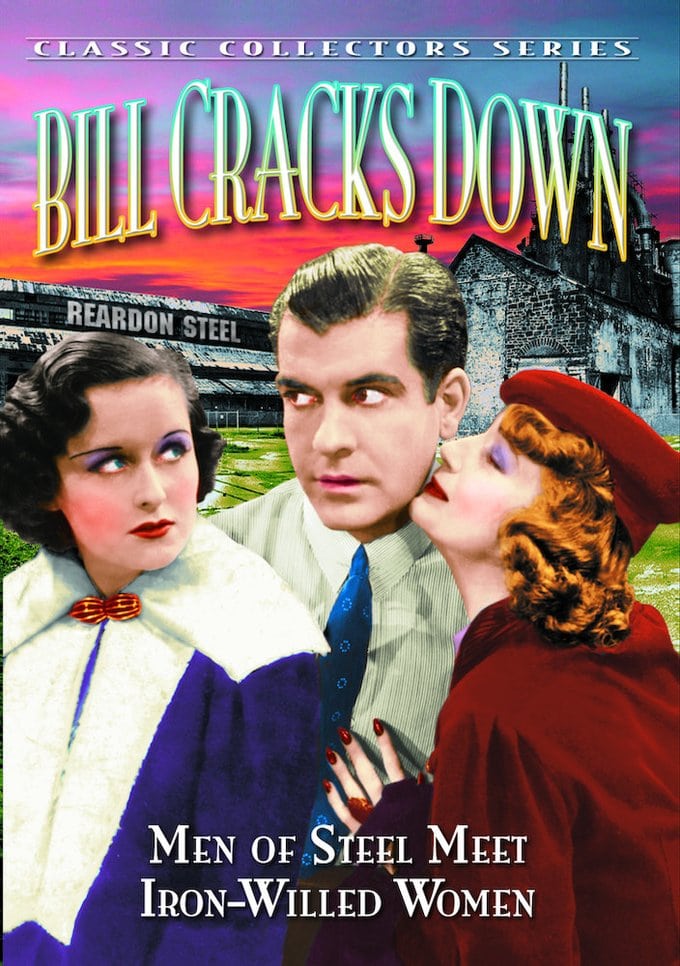 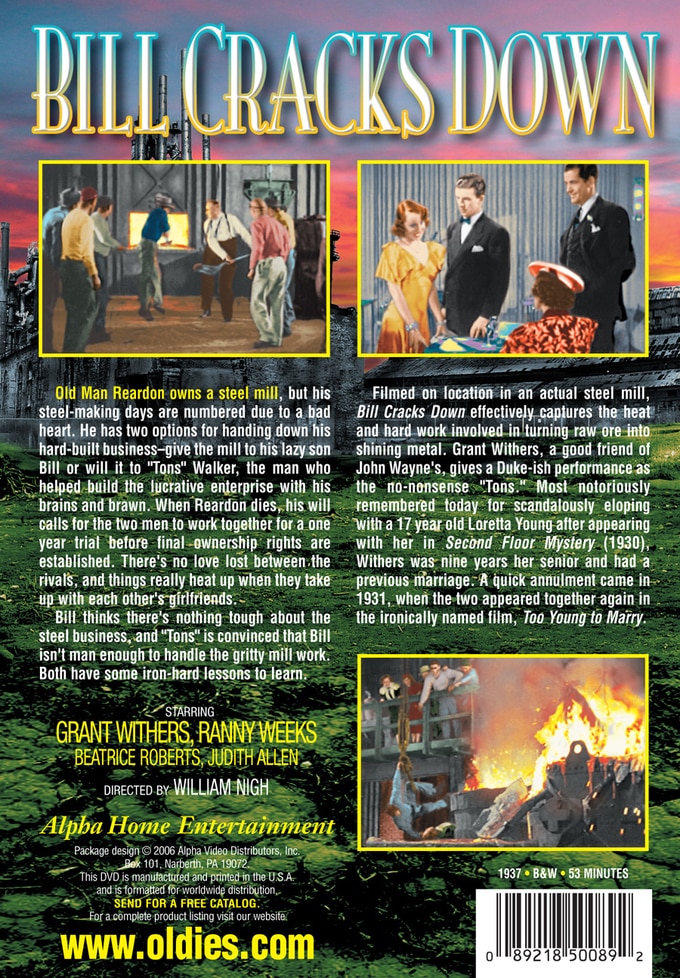 Old Man Reardon owns a steel mill, but his steel-making days are numbered due to a bad heart. He has two options for handing down his hard-built business - give the mill to his lazy son Bill or will it to "Tons" Walker, the man who helped build the lucrative enterprise with his brains and brawn. When Reardon dies, his will calls for the two men to work together for a one year trial before final ownership rights are established. There's no love lost between the rivals, and things really heat up when they take up with each other's girlfriends.

Bill thinks there's nothing tough about the steel business, and "Tons" is convinced that Bill isn't man enough to handle the gritty mill work. Both have some iron-hard lessons to learn.

Filmed on location in an actual steel mill, Bill Cracks Down effectively captures the heat and hard work involved in turning raw ore into shining metal. Grant Withers, a good friend of John Wayne's, gives a Duke-ish performance as the no-nonsense "Tons." Most notoriously remembered today for scandalously eloping with a 17 year old Loretta Young after appearing with her in Second Floor Mystery (1930), Withers was nine years her senior and had a previous marriage. A quick annulment came in 1931, when the two appeared together again in the ironically named film, Too Young to Marry.

When his father puts him in charge of the family steel mill, a spoiled playboy must whip himself into shape, or lose everything.

There Will Be Blood
$6.50 Super Savings
Add to Cart