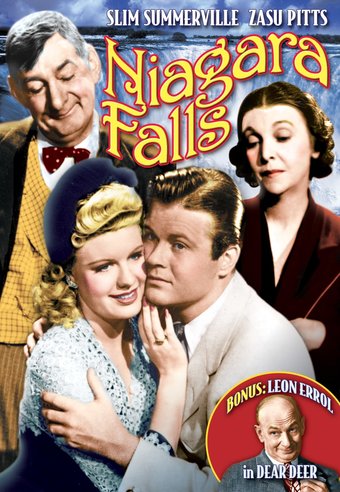 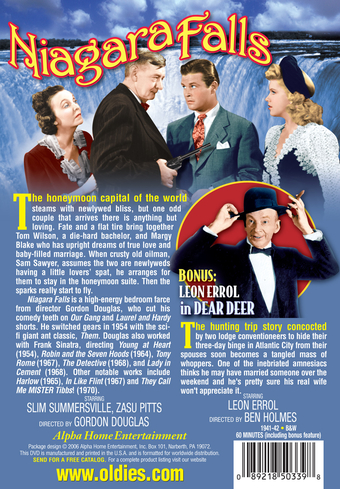 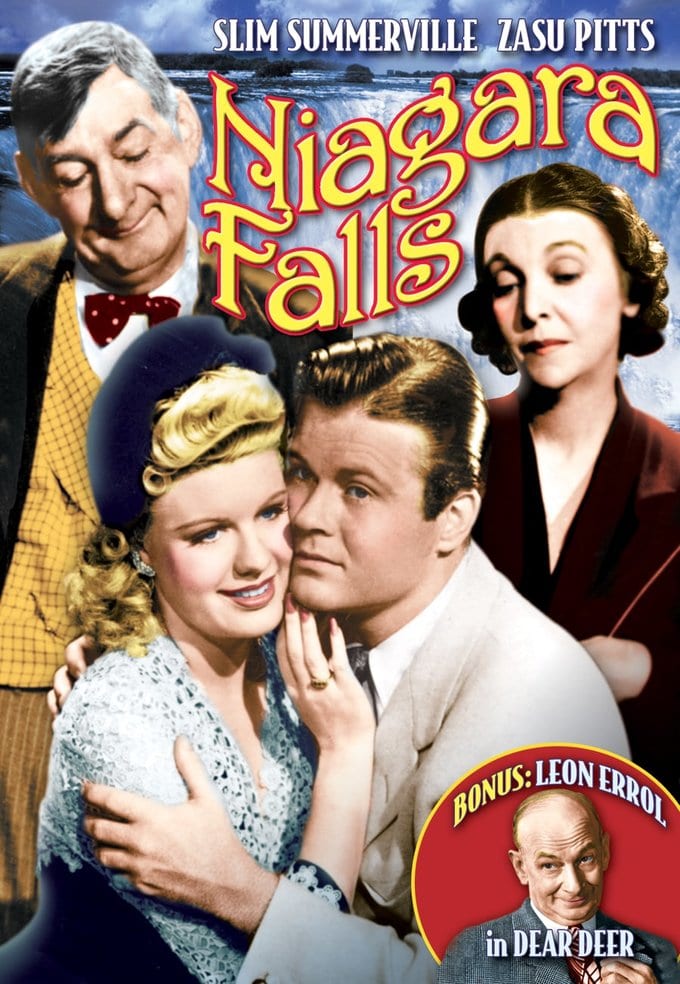 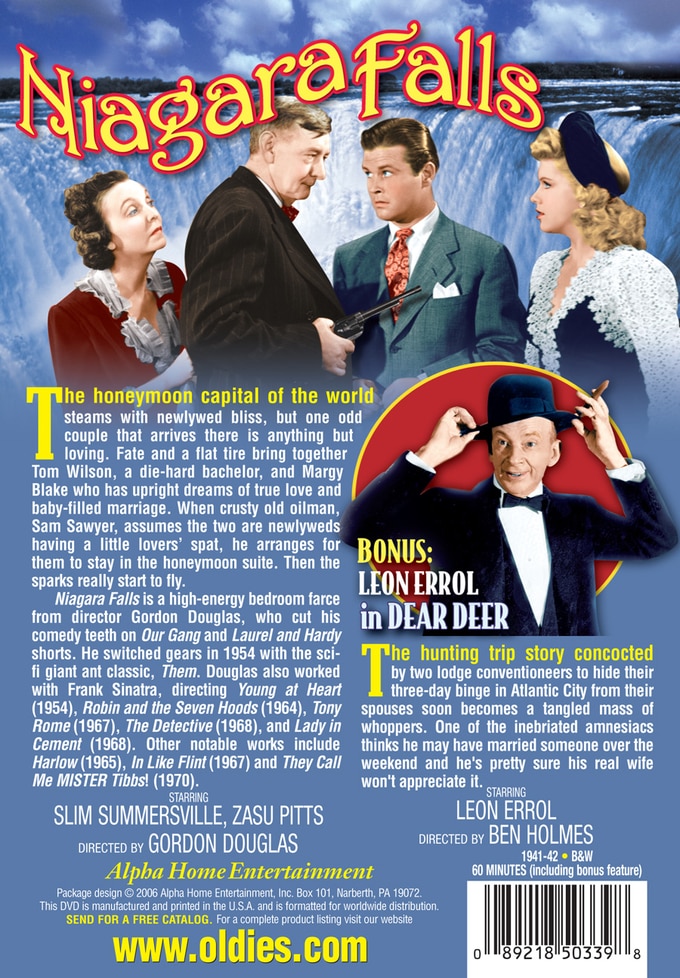 The honeymoon capital of the world steams with newlywed bliss, but one odd couple that arrives there is anything but loving. Fate and a flat tire bring together Tom Wilson, a die-hard bachelor, and Margy Blake who has upright dreams of true love and baby-filled marriage. When crusty old oilman, Sam Sawyer, assumes the two are newlyweds having a little lovers' spat, he arranges for them to stay in the honeymoon suite. Then the sparks really start to fly.

Bonus feature! Dear Deer: The hunting trip story concocted by two lodge conventioneers to hide their three-day binge in Atlantic City from their spouses soon becomes a tangled mass of whoppers. One of the inebriated amnesiacs thinks he may have married someone over the weekend and he's pretty sure his real wife won't appreciate it. Stars Leon Errol. Directed by Ben Holmes