This cleverly produced comedy stars Richard Arlen as a producer who presents a spectacular musical show to cheer up his melancholy father-in-law. 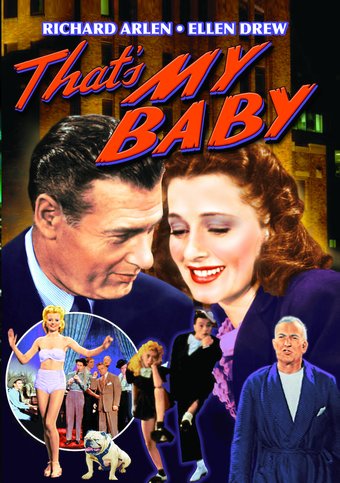 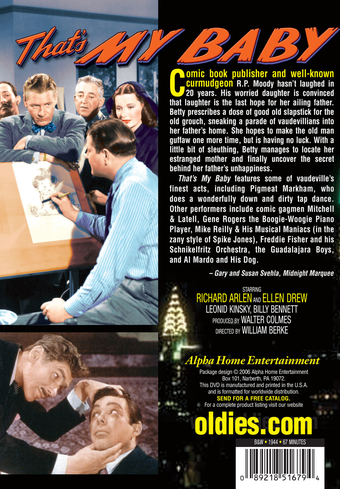 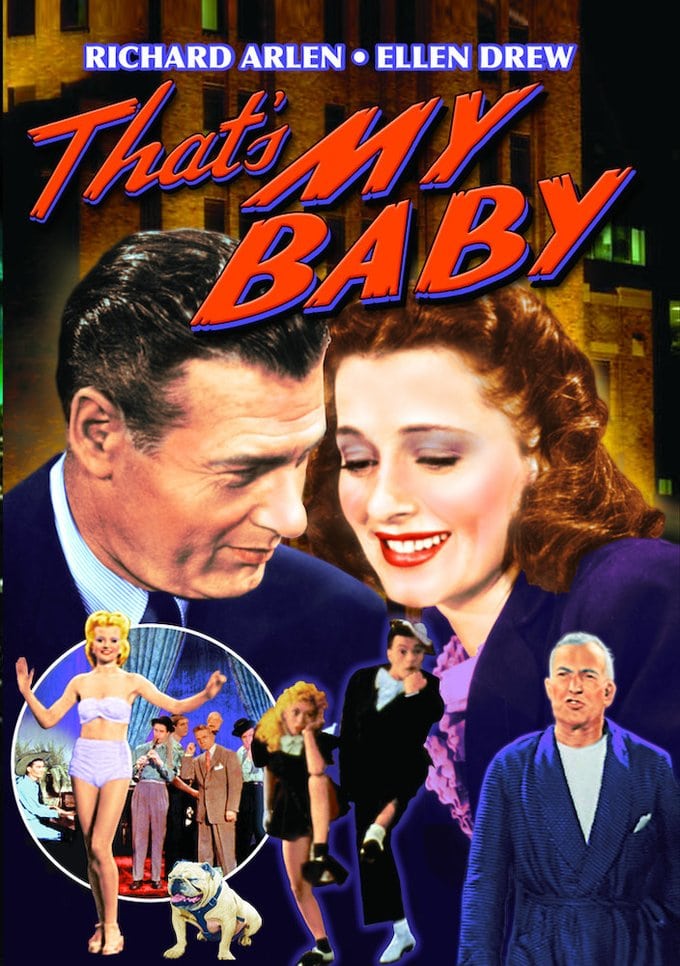 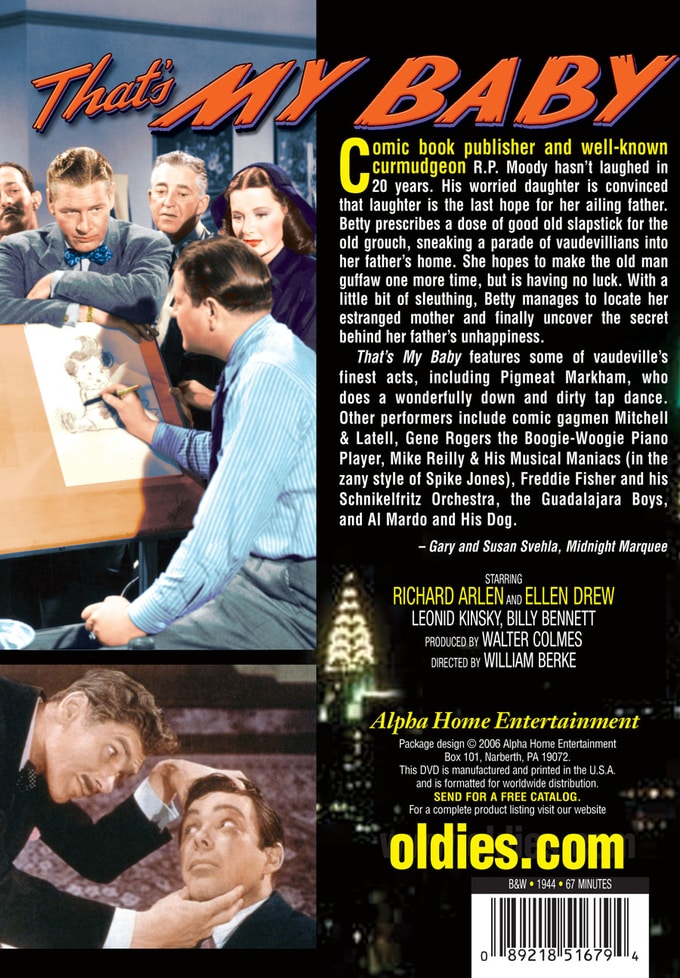 Comic book publisher and well-known curmudgeon R.P. Moody hasn't laughed in 20 years. His worried daughter is convinced that laughter is the last hope for her ailing father. Betty prescribes a dose of good old slapstick for the old grouch, sneaking a parade of vaudevillians into her father's home. She hopes to make the old man guffaw one more time, but is having no luck. With a little bit of sleuthing, Betty manages to locate her estranged mother and finally uncover the secret behind her father's unhappiness.

That's My Baby features some of vaudeville's finest acts, including Pigmeat Markham, who does a wonderfully down and dirty tap dance. Other performers include comic gagmen Mitchell & Latell, Gene Rogers the Boogie-Woogie Piano Player, Mike Reilly & His Musical Maniacs (in the zany style of Spike Jones), Freddie Fisher and his Schnikelfritz Orchestra, the Guadalajara Boys, and Al Mardo and His Dog.

A cartoonist falls in love with the boss' daughter in this comedy that includes actual cartoons made for the film.