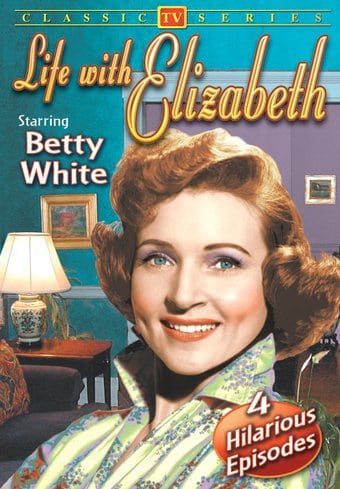 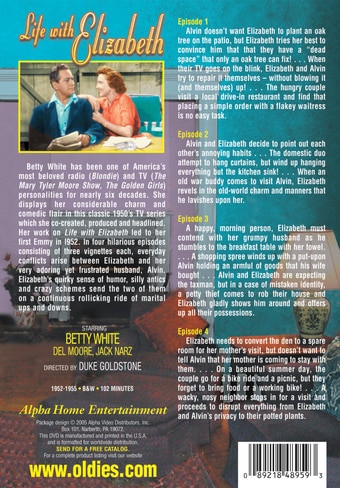 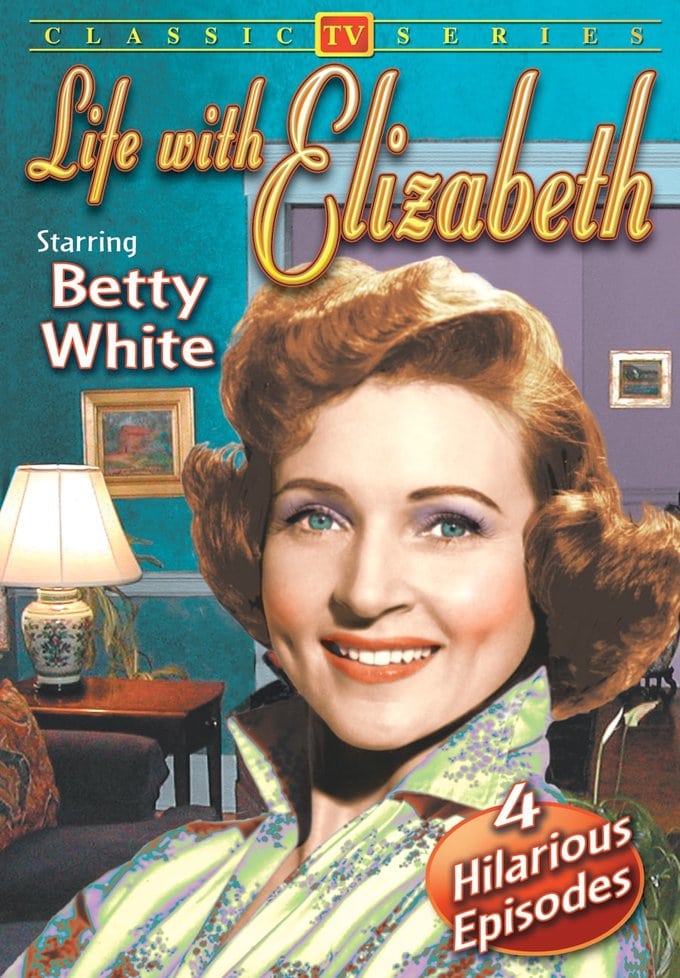 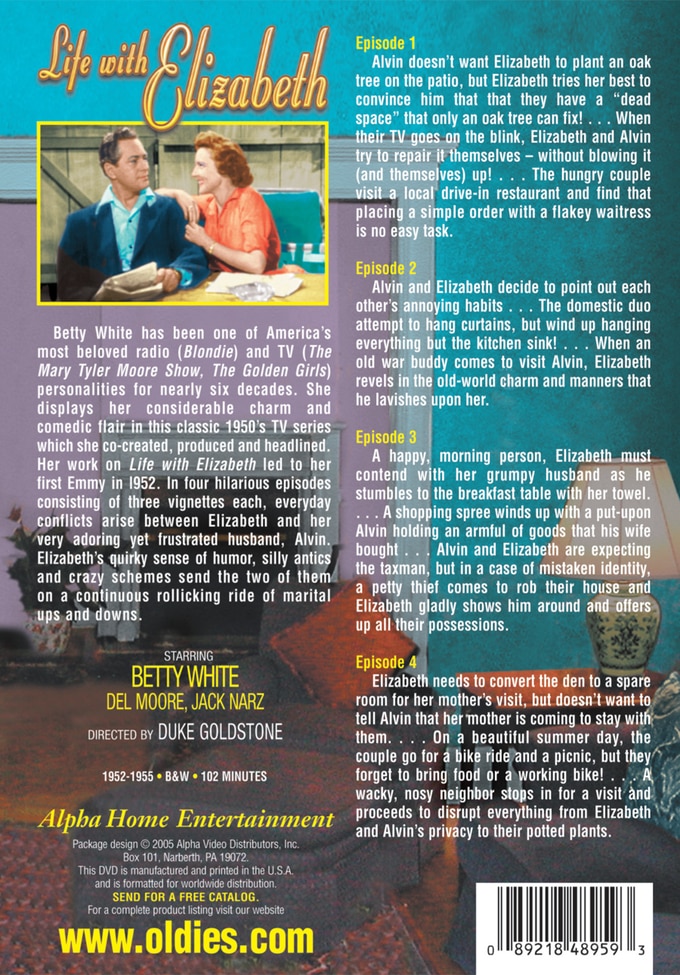 Betty White has been one of America's most beloved radio ("Blondie") and TV (The Mary Tyler Moore Show, The Golden Girls) personalities for nearly six decades. She displays her considerable charm and comedic flair in this classic 1950's TV series which she co-created, produced and headlined. Her work on Life with Elizabeth led to her first Emmy in l952. In four hilarious episodes consisting of three vignettes each, everyday conflicts arise between Elizabeth and her very adoring yet frustrated husband, Alvin. Elizabeth's quirky sense of humor, silly antics and crazy schemes send the two of them on a continuous rollicking ride of marital ups and downs.

Episode 1: Alvin doesn't want Elizabeth to plant an oak tree on the patio, but Elizabeth tries her best to convince him that that they have a "dead space" that only an oak tree can fix! . . . When their TV goes on the blink, Elizabeth and Alvin try to repair it themselves - without blowing it (and themselves) up! . . . The hungry couple visit a local drive-in restaurant and find that placing a simple order with a flakey waitress is no easy task.

Episode 2: Alvin and Elizabeth decide to point out each other's annoying habits . . . The domestic duo attempt to hang curtains, but wind up hanging everything but the kitchen sink! . . . When an old war buddy comes to visit Alvin, Elizabeth revels in the old-world charm and manners that he lavishes upon her.

Episode 3: A happy, morning person, Elizabeth must contend with her grumpy husband as he stumbles to the breakfast table with her towel. . . . A shopping spree winds up with a put-upon Alvin holding an armful of goods that his wife bought . . . Alvin and Elizabeth are expecting the taxman, but in a case of mistaken identity, a petty thief comes to rob their house and Elizabeth gladly shows him around and offers up all their possessions.

Episode 4: Elizabeth needs to convert the den to a spare room for her mother's visit, but doesn't want to tell Alvin that her mother is coming to stay with them. . . . On a beautiful summer day, the couple go for a bike ride and a picnic, but they forget to bring food or a working bike! . . . A wacky, nosy neighbor stops in for a visit and proceeds to disrupt everything from Elizabeth and Alvin's privacy to their potted plants.

Romance | Vintage
This product is made-on-demand by the manufacturer using DVD-R recordable media. Almost all DVD players can play DVD-Rs (except for some older models made before 2000) - please consult your owner's manual for formats compatible with your player. These DVD-Rs may not play on all computers or DVD player/recorders. To address this, the manufacturer recommends viewing this product on a DVD player that does not have recording capability.