The Trouble With Father Volume 1 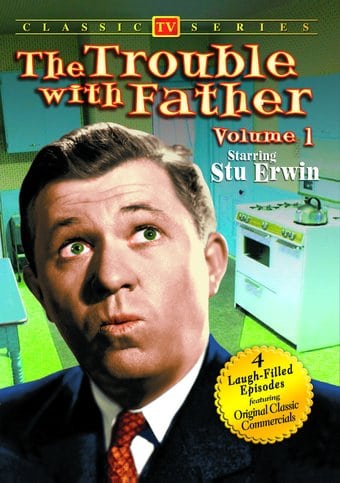 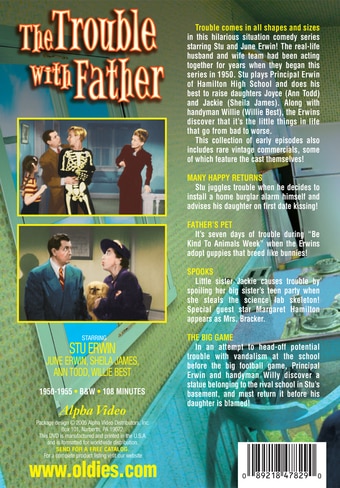 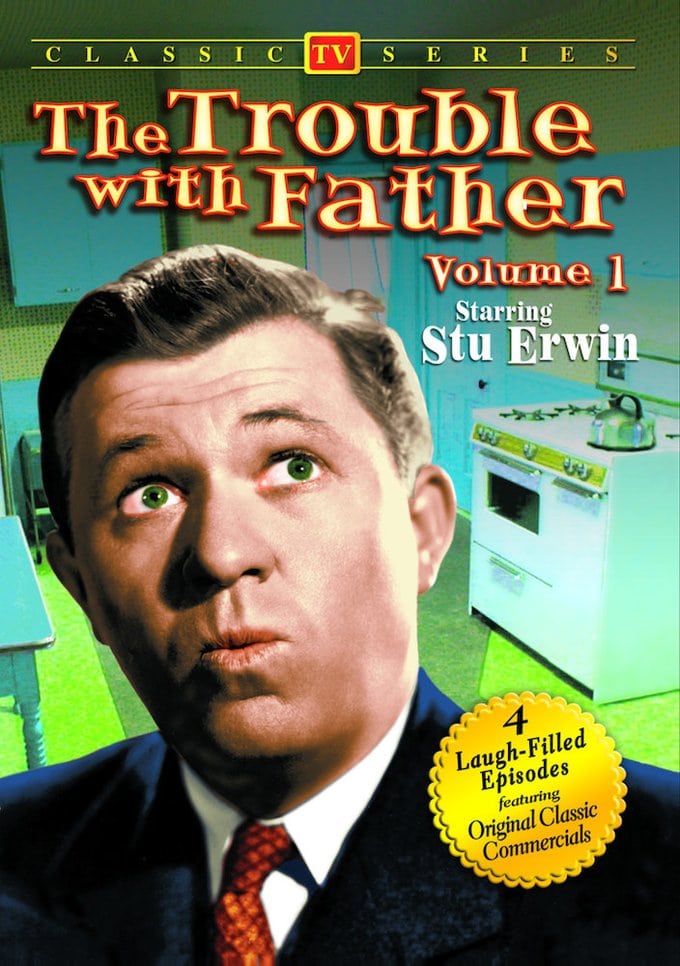 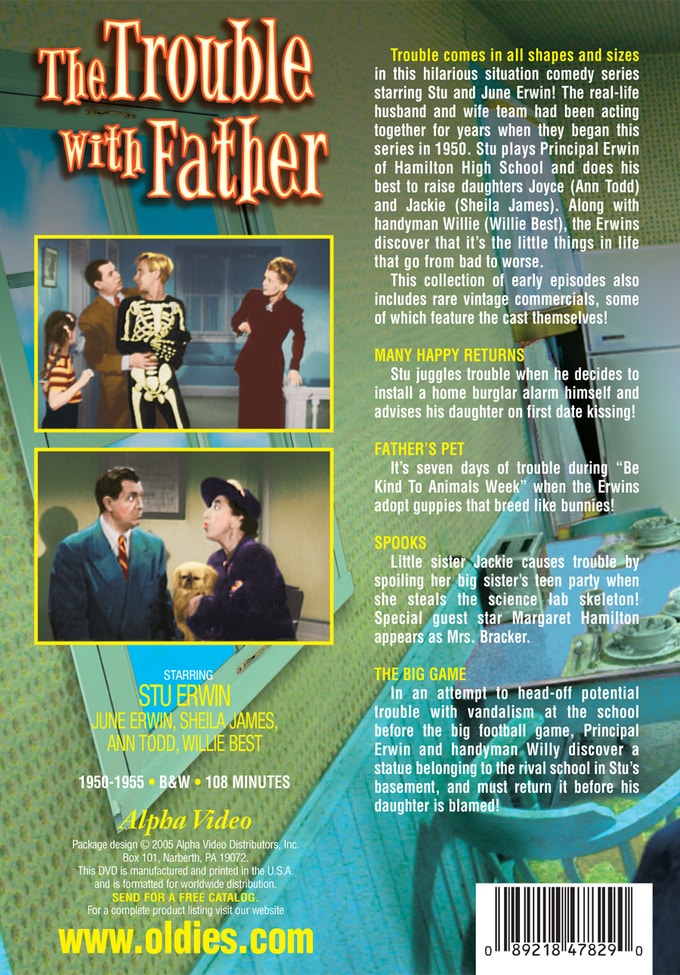 Trouble comes in all shapes and sizes in this hilarious situation comedy series starring Stu and June Erwin! The real-life husband and wife team had been acting together for years when they began this series in 1950. Stu plays Principal Erwin of Hamilton High School and does his best to raise daughters Joyce (Ann Todd) and Jackie (Sheila James). Along with handyman Willie (Willie Best), the Erwins discover that it's the little things in life that go from bad to worse. This collection of early episodes also includes rare vintage commercials, some of which feature the cast themselves!

Many Happy Returns: Stu juggles trouble when he decides to install a home burglar alarm himself and advises his daughter on first date kissing!

Father's Pet: It's seven days of trouble during "Be Kind To Animals Week" when the Erwins adopt guppies that breed like bunnies!

The Big Game: In an attempt to head-off potential trouble with vandalism at the school before the big football game, Principal Erwin and handyman Willy discover a statue belonging to the rival school in Stu's basement, and must return it before his daughter is blamed!

Husband and wife acting team Stu and June Erwin star in this 1950s comedy series. Playing Principal Erwin of Hamilton High School, Erwin entertained audiences with his comic flair and knack for delivering humorous lines. First airing in 1950, TROUBLE WITH FATHER follows the principal and his wife in their comic attempts to keep track of their two daughters Joyce and Jackie, while also overseeing all the students of Hamilton High. Other notable characters include handyman Willie (Willie Best), and Mrs. Bracker (played by guest star Margaret Hamilton). This volume contains the episodes "Many Happy Returns," "Father's Pet," "Spooks," and "The Big Game." In these episodes Stu has several adventures in parenting that involve teaching his daughters about first date kissing, pet care, and birthday-party etiquette. And as a special treat, viewers will also be treated to several vintage television commercials, some even featuring the stars of the popular series.

Series | Vintage | High School Students | High School Experiences | High School Friends
This product is made-on-demand by the manufacturer using DVD-R recordable media. Almost all DVD players can play DVD-Rs (except for some older models made before 2000) - please consult your owner's manual for formats compatible with your player. These DVD-Rs may not play on all computers or DVD player/recorders. To address this, the manufacturer recommends viewing this product on a DVD player that does not have recording capability.