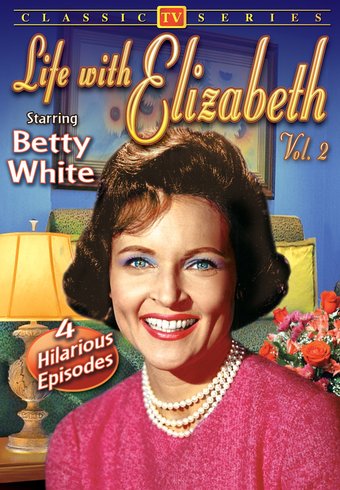 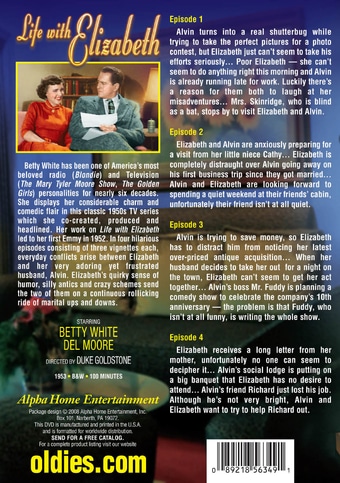 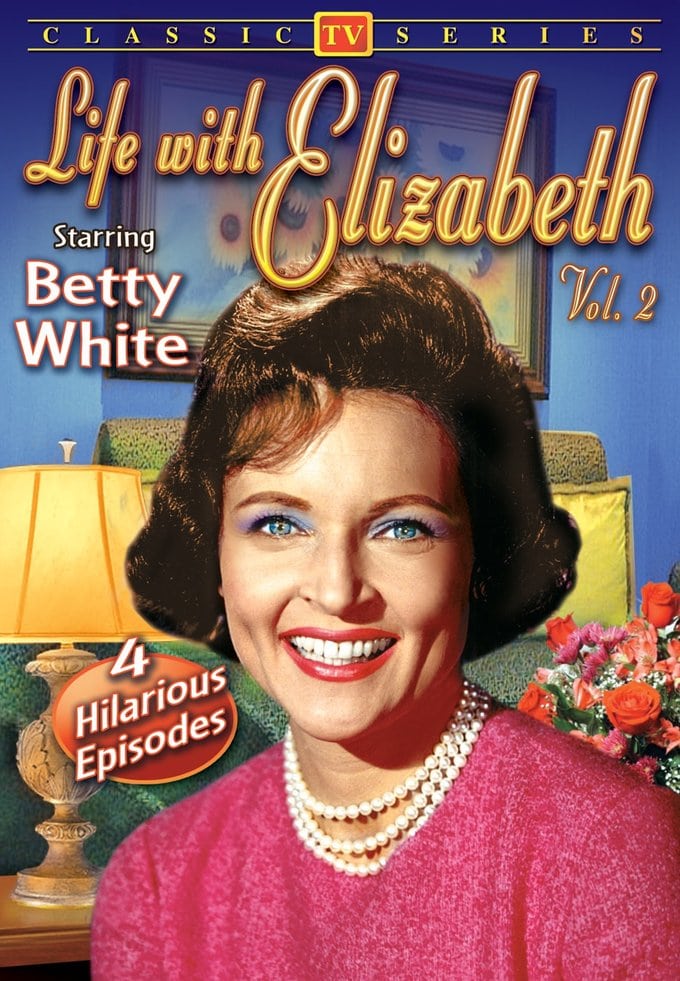 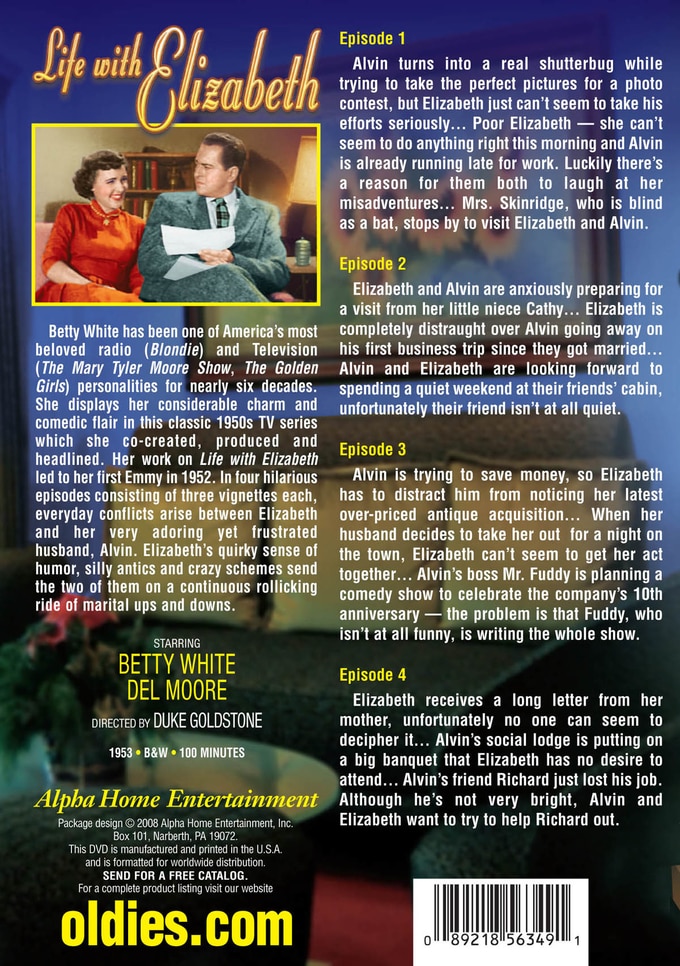 Betty White has been one of America's most beloved radio ("Blondie") and TV (The Mary Tyler Moore Show, The Golden Girls) personalities for nearly six decades. She displays her considerable charm and comedic flair in this classic 1950's TV series which she co-created, produced and headlined. Her work on Life with Elizabeth led to her first Emmy in l952. In four hilarious episodes consisting of three vignettes each, everyday conflicts arise between Elizabeth and her very adoring yet frustrated husband, Alvin. Elizabeth's quirky sense of humor, silly antics and crazy schemes send the two of them on a continuous rollicking ride of marital ups and downs.

Episode 1: Alvin turns into a real shutterbug while trying to take the perfect pictures for a photo contest, but Elizabeth just can't seem to take his efforts seriously... Poor Elizabeth - she can't seem to do anything right this morning and Alvin is already running late for work. Luckily there's a reason for them both to laugh at her misadventures... Mrs. Skinridge, who is blind as a bat, stops by to visit Elizabeth and Alvin.

Episode 2: Elizabeth and Alvin are anxiously preparing for a visit from her little niece Cathy... Elizabeth is completely distraught over Alvin going away on his first business trip since they got married... Alvin and Elizabeth are looking forward to spending a quiet weekend at their friends' cabin, unfortunately their friend isn't at all quiet.

Episode 3: Alvin is trying to save money, so Elizabeth has to distract him from noticing here latest over-priced antique acquisition... When her husband decides to take her out for a night on the town, Elizabeth can't seem to get her act together... Alvin's boss Mr. Fuddy is planning a comedy show to celebrate the company's 10th anniversary - the problem is that Fuddy, who isn't at all funny, is writing the whole show.

Episode 4: Elizabeth receives a long letter from her mother, unfortunately no one can seem to decipher it... Alvin's social lodge is putting on a big banquet that Elizabeth has no desire to attend... Alvin's friend Richard just lost his job. Although he's not very bright, Alvin and Elizabeth want to try to help Richard out.