Bob Cummings is a real estate agent who has constant run-ins with his boss and girlfriend in four comical episodes from this classic TV series. 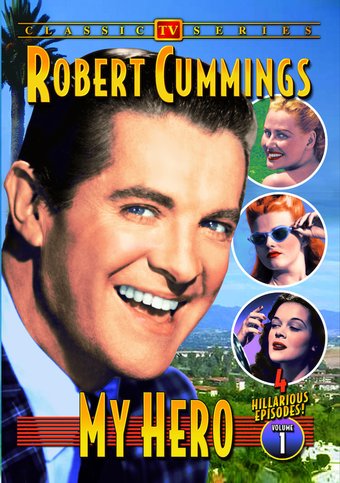 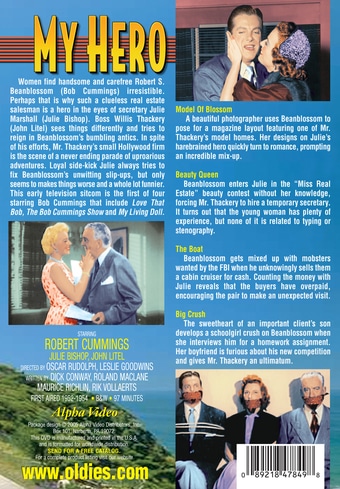 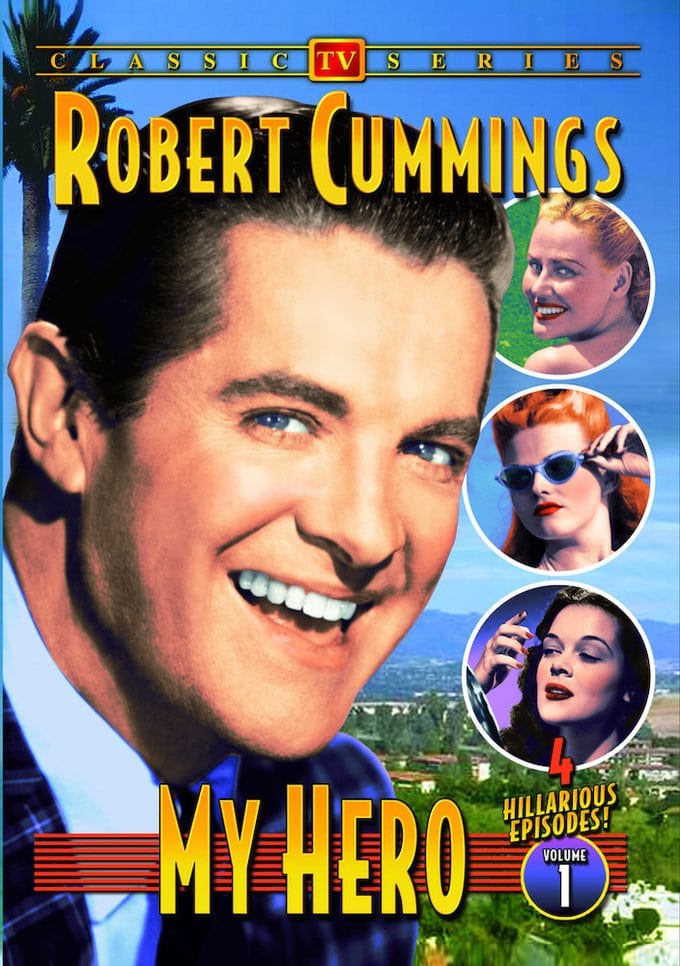 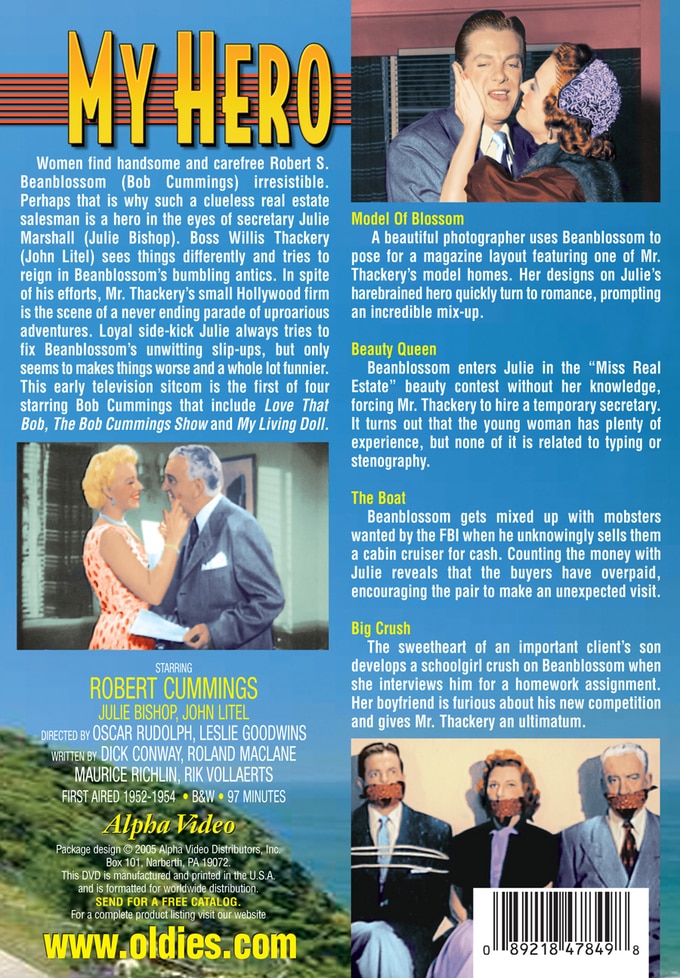 Women find handsome and carefree Robert S. Beanblossom (Bob Cummings) irresistible. Perhaps that is why such a clueless real estate salesman is a hero in the eyes of secretary Julie Marshall (Julie Bishop). Boss Willis Thackery (John Litel) sees things differently and tries to reign in Beanblossom's bumbling antics. In spite of his efforts, Mr. Thackery's small Hollywood firm is the scene of a never ending parade of uproarious adventures. Loyal side-kick Julie always tries to fix Beanblossom's unwitting slip-ups, but only seems to makes things worse and a whole lot funnier. This early television sitcom is the first of four starring Bob Cummings that include "Love That Bob," "The Bob Cummings Show" and "My Living Doll."

Model Of Blossom: A beautiful photographer uses Beanblossom to pose for a magazine layout featuring one of Mr. Thackery's model homes. Her designs on Julie's harebrained hero quickly turn to romance, prompting an incredible mix-up.

Beauty Queen: Beanblossom enters Julie in the "Miss Real Estate" beauty contest without her knowledge, forcing Mr. Thackery to hire a temporary secretary. It turns out that the young woman has plenty of experience, but none of it is related to typing or stenography.

The Boat: Beanblossom gets mixed up with mobsters wanted by the FBI when he unknowingly sells them a cabin cruiser for cash. Counting the money with Julie reveals that the buyers have overpaid, encouraging the pair to make an unexpected visit.

Big Crush: The sweetheart of an important client's son develops a schoolgirl crush on Beanblossom when she interviews him for a homework assignment. Her boyfriend is furious about his new competition and gives Mr. Thackery an ultimatum.

Bob Cummings stars in this 1952 television sitcom as Bob Beanblossom, a handsome, yet bumbling real-estate salesman who gets in comical adventures wherever he goes. Whether irritating his boss Willis Thackery (John Litel), causing trouble with his unusual clients, or driving his secretary Julie Marshall (Julie Bishop) wild with desire, Beanblossom is sure to entertain. This volume contains four episodes of MY HERO, the first of four sitcoms that Cummings starred in during the 1950s. In the episode "Model of Blossom," Julie Marshall must compete for Beanblossom's heart when a photographer hires him as a model and expects a whole lot more than a few good photographs. Next, "Beauty Queen" shows what happens to Thackery's real estate office when Beanblossom must hire a new secretary to fill in for Julie after entering her (against her knowledge) in the "Miss Real Estate" beauty contest. Beanblossom gets in over his head in "The Boat" when he unwittingly finds himself stuck in the middle of a mobster's scam. Last but not least, "Big Crush" shows Beanblossom becoming a young schoolgirl's object of affection when she interviews him for a homework assignment.


Does not stand the time test nearly as well as his 'Love That Bob' show, in addition to which he ws better cast as a lech. in the previous as the photographer always up to his neck in models. But, nostalgia is nostalgia, and it's still pretty good.


MY HERO is the classic television series that was originally slated to film 39 episodes, but filmed 33 instead due to production difficulties. Co-produced by Robert Cummings himself, this was one of the many television series released by Official Films (same company responsible for the syndication of ROCKY JONES). All four episodes of this series are worth watching, especially if you love Julie Bishop or Robert Cummings. It should be noted, however, that the first episode on this DVD is really "The Duel," originally broadcast on NBC July 13, 1953. "The Modle of Blossom" title is inaccurate, according to papers at UCLA.