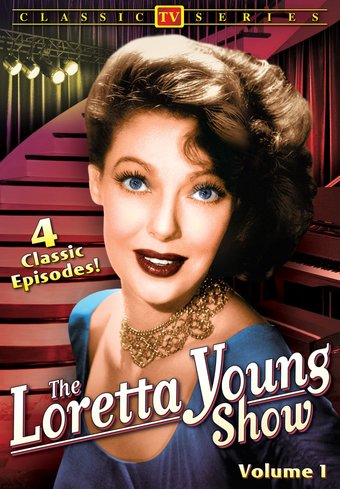 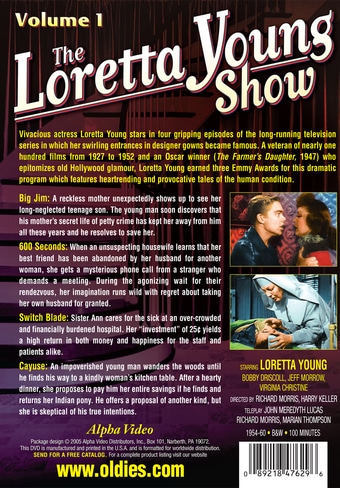 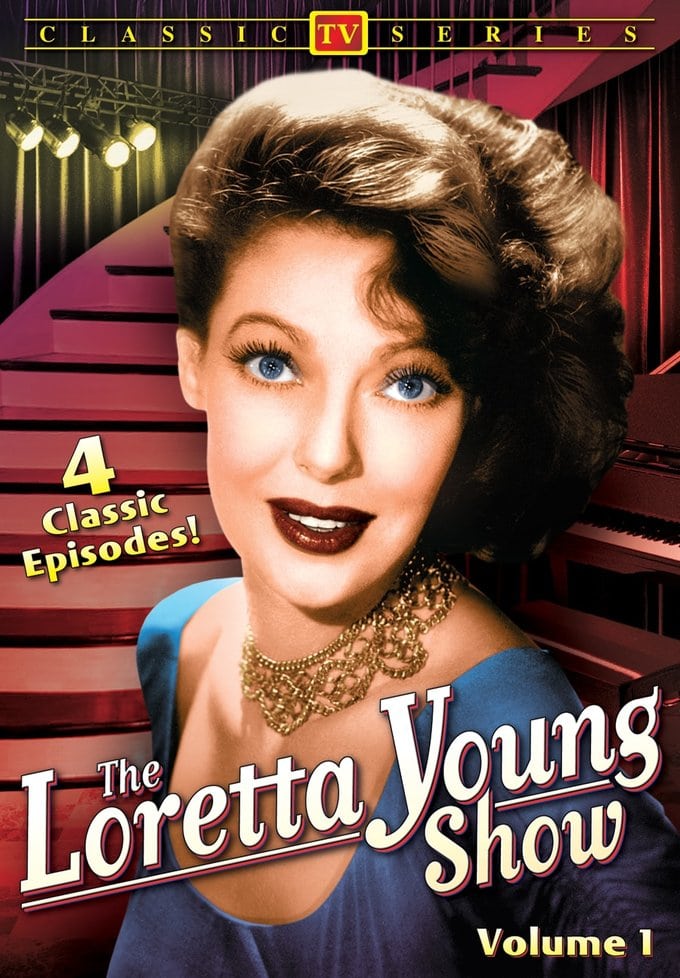 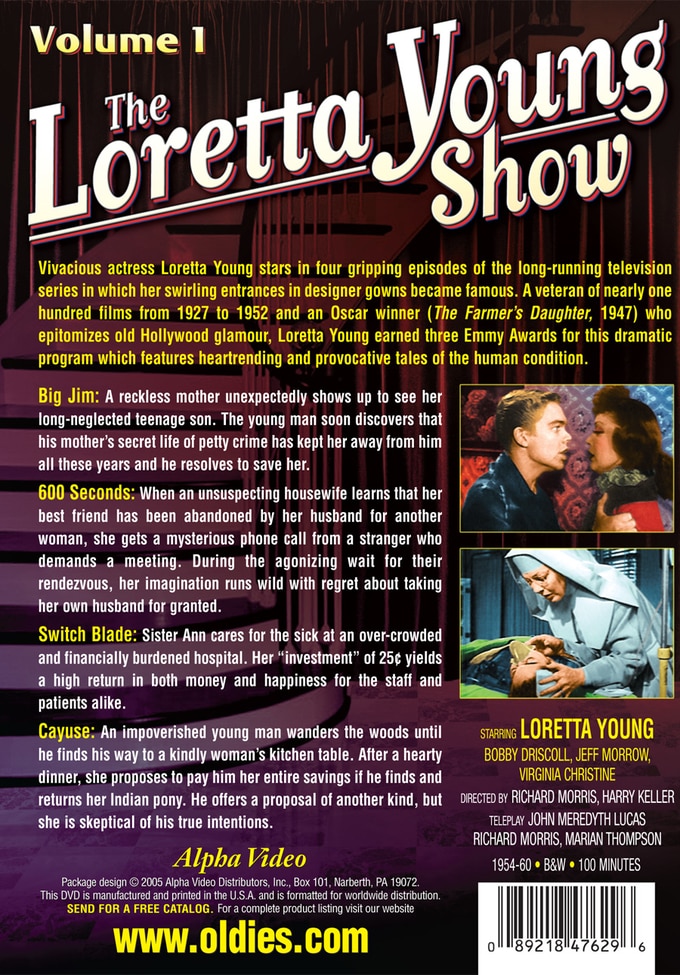 Vivacious actress Loretta Young stars in four gripping episodes of the long-running television series in which her swirling entrances in designer gowns became famous. A veteran of nearly one hundred films from 1927 to 1952 and an Oscar winner (The Farmer's Daughter, 1947) who epitomizes old Hollywood glamour, Loretta Young earned three Emmy Awards for this dramatic program which features heartrending and provocative tales of the human condition.

Big Jim: A reckless mother unexpectedly shows up to see her long-neglected teenage son. The young man soon discovers that his mother's secret life of petty crime has kept her away from him all these years and he resolves to save her.

600 Seconds: When an unsuspecting housewife learns that her best friend has been abandoned by her husband for another woman, she gets a mysterious phone call from a stranger who demands a meeting. During the agonizing wait for their rendezvous, her imagination runs wild with regret about taking her own husband for granted.

Switch Blade: Sister Ann cares for the sick at an over-crowded and financially burdened hospital. Her "investment" of 25 cents yields a high return in both money and happiness for the staff and patients alike.

Cayuse: An impoverished young man wanders the woods until he finds his way to a kindly woman's kitchen table. After a hearty dinner, she proposes to pay him her entire savings if he finds and returns her Indian pony. He offers a proposal of another kind, but she is skeptical of his true intentions.

In 1954, acclaimed film actress Loretta Young struck out alone with her own TV show. Each episode saw Young starring in a dramatic series of events, which explored various pertinent themes of the day. On this release, four episodes from the show are included: "Big Jim," "600 Seconds," "Switch Blade," and "Cayuse."

Television Personalities | Television Programs | Television Shows
This product is made-on-demand by the manufacturer using DVD-R recordable media. Almost all DVD players can play DVD-Rs (except for some older models made before 2000) - please consult your owner's manual for formats compatible with your player. These DVD-Rs may not play on all computers or DVD player/recorders. To address this, the manufacturer recommends viewing this product on a DVD player that does not have recording capability.