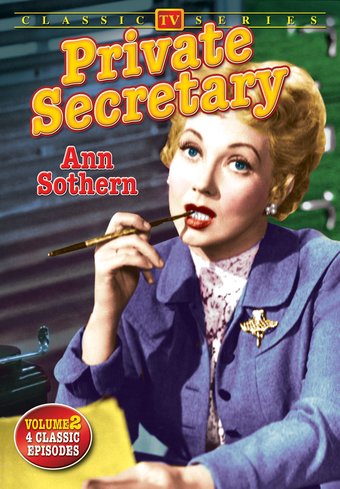 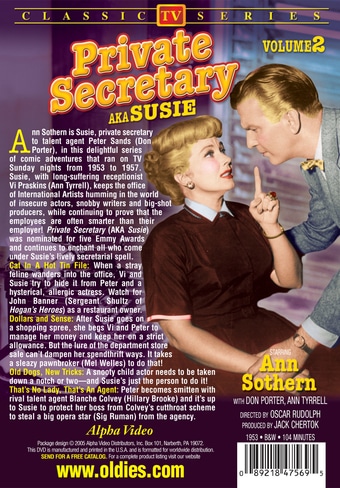 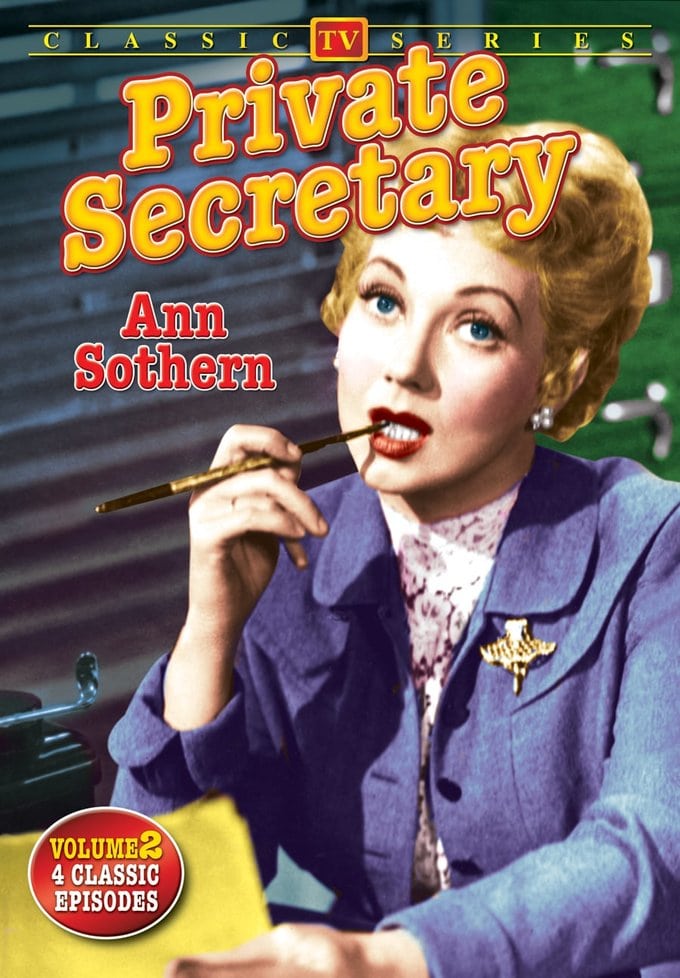 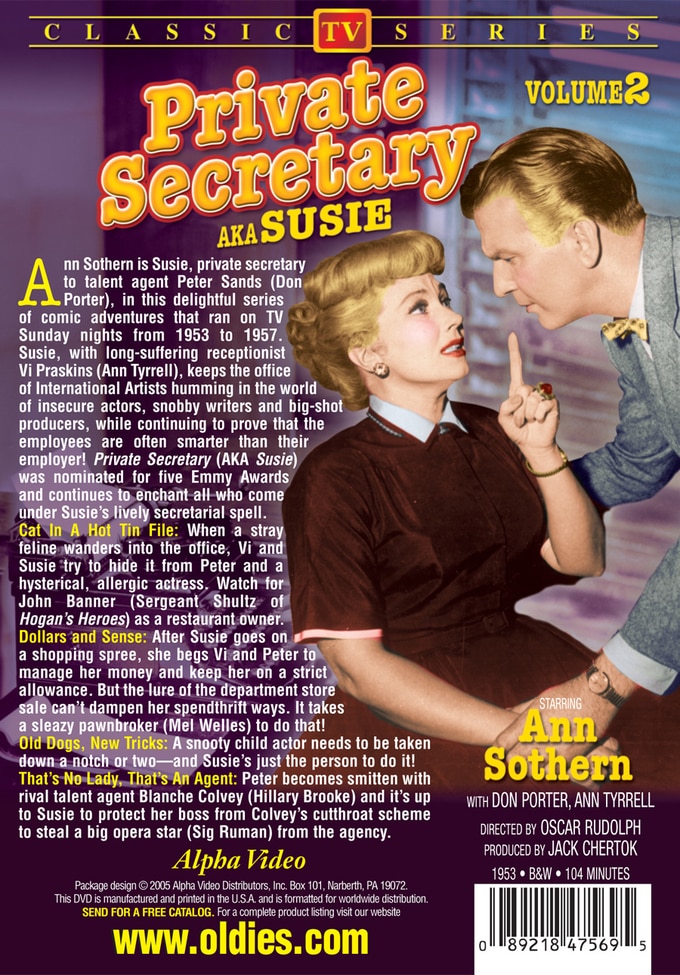 Ann Sothern is Susie, private secretary to talent agent Peter Sands (Don Porter), in this delightful series of comic adventures that ran on TV Sunday nights from 1953 to 1957. Susie, with long-suffering receptionist Vi Praskins (Ann Tyrrell), keeps the office of International Artists humming in the world of insecure actors, snobby writers and big-shot producers, while continuing to prove that the employees are often smarter than their employer! "Private Secretary" (AKA "Susie") was nominated for five Emmy Awards and continues to enchant all who come under Susie's lively secretarial spell.

Cat In A Hot Tin File: When a stray feline wanders into the office, Vi and Susie try to hide it from Peter and a hysterical, allergic actress. Watch for John Banner (Sergeant Shultz of Hogan's Heroes) as a restaurant owner.

Dollars and Sense: After Susie goes on a shopping spree, she begs Vi and Peter to manage her money and keep her on a strict allowance. But the lure of the department store sale can't dampen her spendthrift ways. It takes a sleazy pawnbroker (Mel Welles) to do that!

Old Dogs, New Tricks: A snooty child actor needs to be taken down a notch or two - and Susie's just the person to do it!

That's No Lady, That's An Agent: Peter becomes smitten with rival talent agent Blanche Colvey (Hillary Brooke) and it's up to Susie to protect her boss from Colvey's cutthroat scheme to steal a big opera star (Sig Ruman) from the agency.

Enjoying a four year stint on American television screens in the 1950s, PRIVATE SECRETARY preempts shows about the media, such as CURB YOUR ENTHUSIASM, by about 50 years! Susie (Ann Southern) is Peter Sands's (Don Porter) secretary in the talent agency that he runs. But it's really Susie who controls the business, leading to some comic capers as she tries to keep Peter's clients happy and the Hollywood moguls at bay. Four episodes are included here.

Series | 1950s | Sitcoms | Television Programs | Television Shows | Television / TV Series
This product is made-on-demand by the manufacturer using DVD-R recordable media. Almost all DVD players can play DVD-Rs (except for some older models made before 2000) - please consult your owner's manual for formats compatible with your player. These DVD-Rs may not play on all computers or DVD player/recorders. To address this, the manufacturer recommends viewing this product on a DVD player that does not have recording capability.