A business man and his wife find themselves involved with espionage agents and murder in four classic episodes from this vintage TV series. 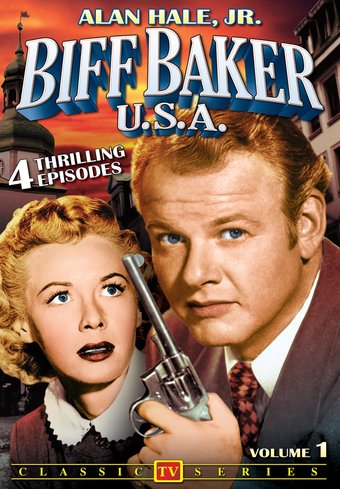 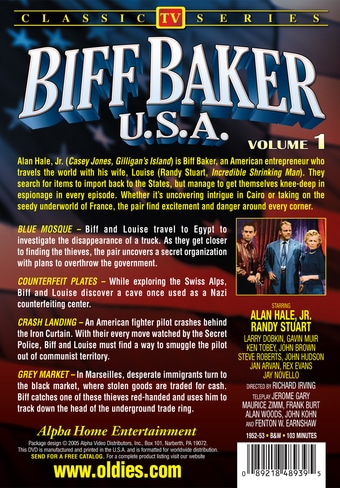 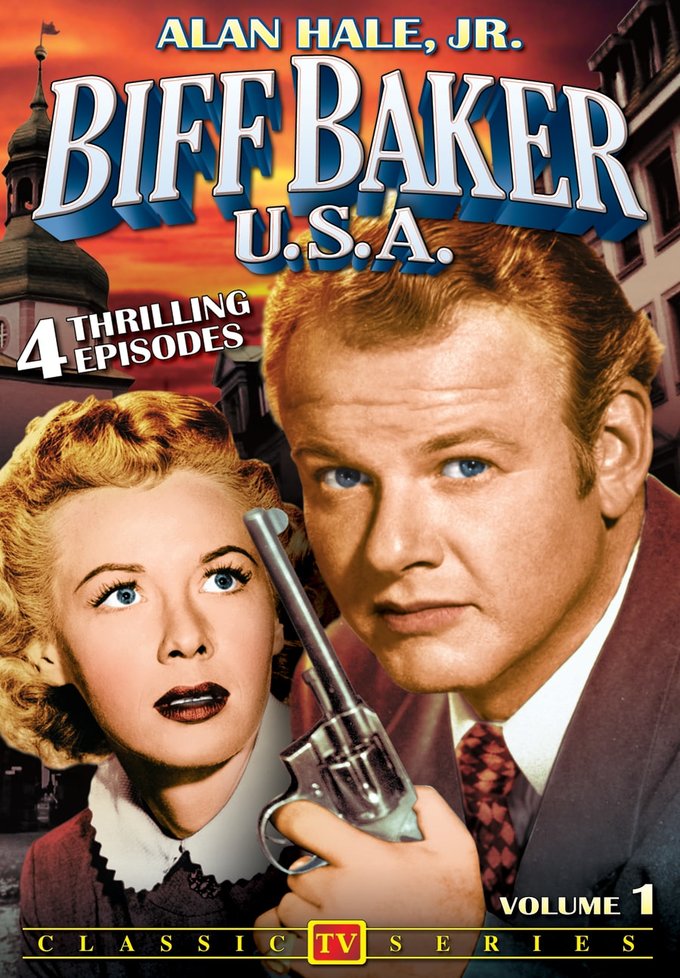 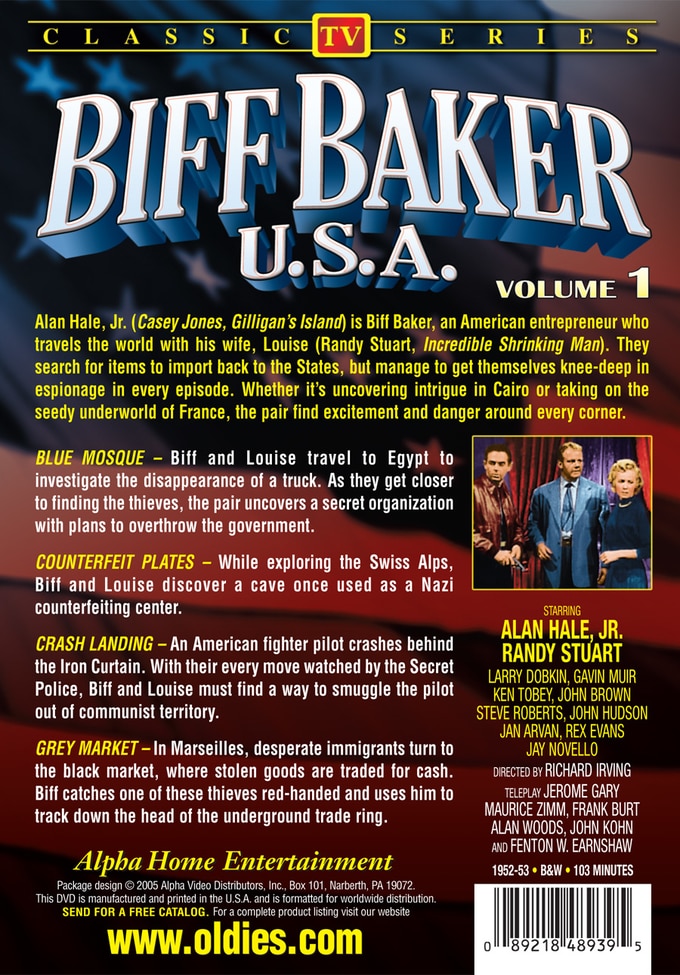 Alan Hale, Jr. ("Gilligan's Island") is Biff Baker, an American entrepreneur who travels the world with his wife, Louise (Incredible Shrinking Man). They search for items to import back to the States, but manage to get themselves knee-deep in espionage in every episode. Whether it's uncovering intrigue in Cairo or taking on the seedy underworld of France, the pair find excitement and danger around every corner.

Blue Mosque: Biff and Louise travel to Egypt to investigate the disappearance of a truck. As they get closer to finding the thieves, the pair uncovers a secret organization with plans to overthrow the government.

Counterfeit Plates: While exploring the Swiss Alps, Biff and Louise discover a cave once used as a Nazi counterfeiting center.

Crash Landing: An American fighter pilot crashes behind the Iron Curtain. With their every move watched by the Secret Police, Biff and Louise must find a way to smuggle the pilot out of communist territory.

Grey Market: In Marseilles, desperate immigrants turn to the black market, where stolen goods are traded for cash. Biff catches one of these thieves red-handed and uses him to track down the head of the underground trade ring.

BIFF BAKER U.S.A. originally aired in 1952, with Alan Hale, Jr. (who later found fame on GILLIGAN'S ISLAND) playing the title character. Baker and his wife run a small business, which allows the couple to travel the world in search of odd artifacts to ship back to America. Unfortunately they always seem to end up embroiled in some kind of criminal activity, and end up spending the bulk of their time chasing thieves, criminals, and Nazis. Four episodes from the show are included on this release.

Action | Series | Classic | Spies | Big Business | Classic Television
This product is made-on-demand by the manufacturer using DVD-R recordable media. Almost all DVD players can play DVD-Rs (except for some older models made before 2000) - please consult your owner's manual for formats compatible with your player. These DVD-Rs may not play on all computers or DVD player/recorders. To address this, the manufacturer recommends viewing this product on a DVD player that does not have recording capability.