Her Favorite Patient (aka Bedside Manner)

A big city physician comes to a small town only to be attacked by townfolk who dislike the notion of a female doctor. 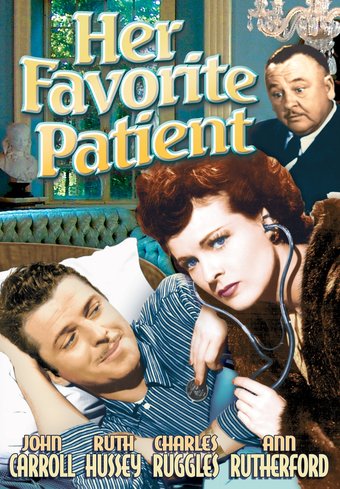 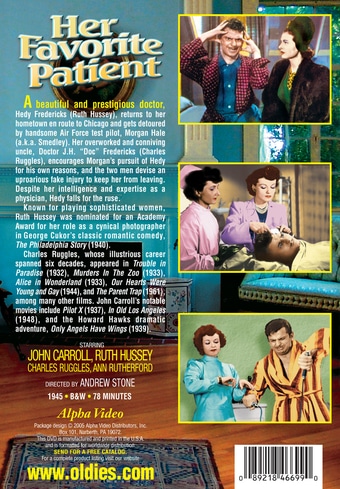 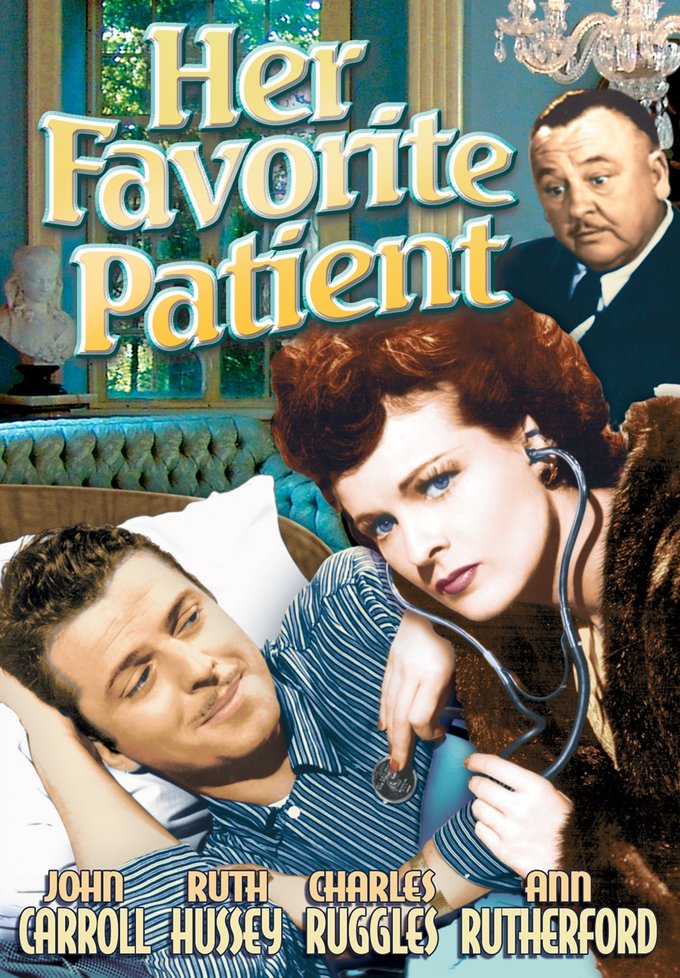 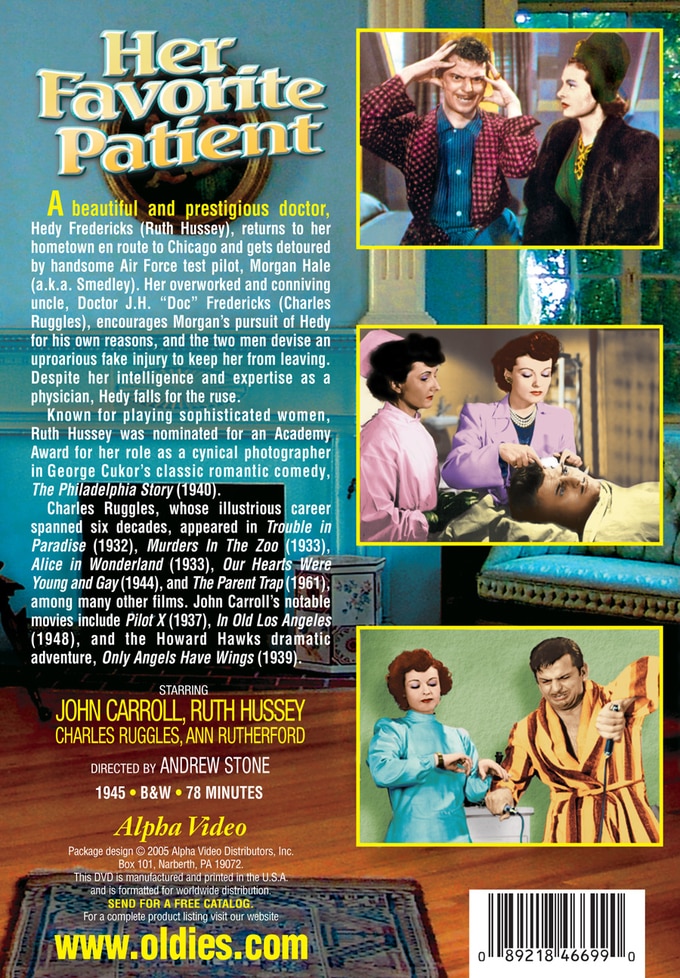 A beautiful and prestigious doctor, Hedy Fredericks (Ruth Hussey), returns to her hometown en route to Chicago and gets detoured by handsome Air Force test pilot, Morgan Hale (a.k.a. Smedley). Her overworked and conniving uncle, Doctor J.H. "Doc" Fredericks (Charles Ruggles), encourages Morgan's pursuit of Hedy for his own reasons, and the two men devise an uproarious fake injury to keep her from leaving. Despite her intelligence and expertise as a physician, Hedy falls for the ruse.

Known for playing sophisticated women, Ruth Hussey was nominated for an Academy Award for her role as a cynical photographer in George Cukor's classic romantic comedy, The Philadelphia Story (1940).

When a woman doctor pays a visit to the country to see her uncle, she falls in love with one of his neighbors.

Customer Rating:
Based on 243 ratings.


Since I am a huge fan of Charlie Ruggles (where have all those actors gone?) & I like Ruth Hussey, I gave this a try. I'm not sorry...I'll watch it again. But it's pretty run of the mill, we all know how this ends kind of story. Still, Charlie Ruggles is always watchable, & the scenes he's in are worth it.