A heartbroken despondent fellow hires a hit man to kill him after a romantic break-up... but can't stop the "hit" after he changes his mind. 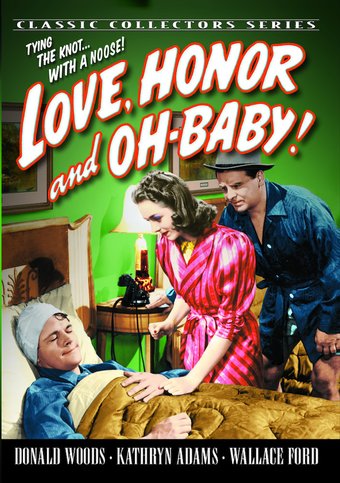 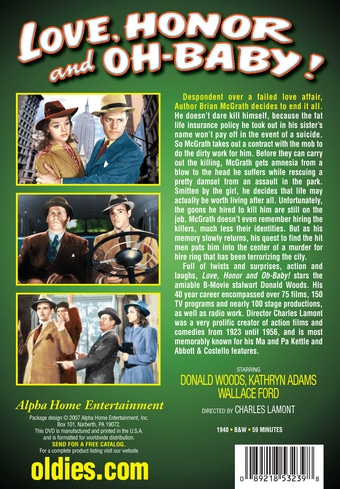 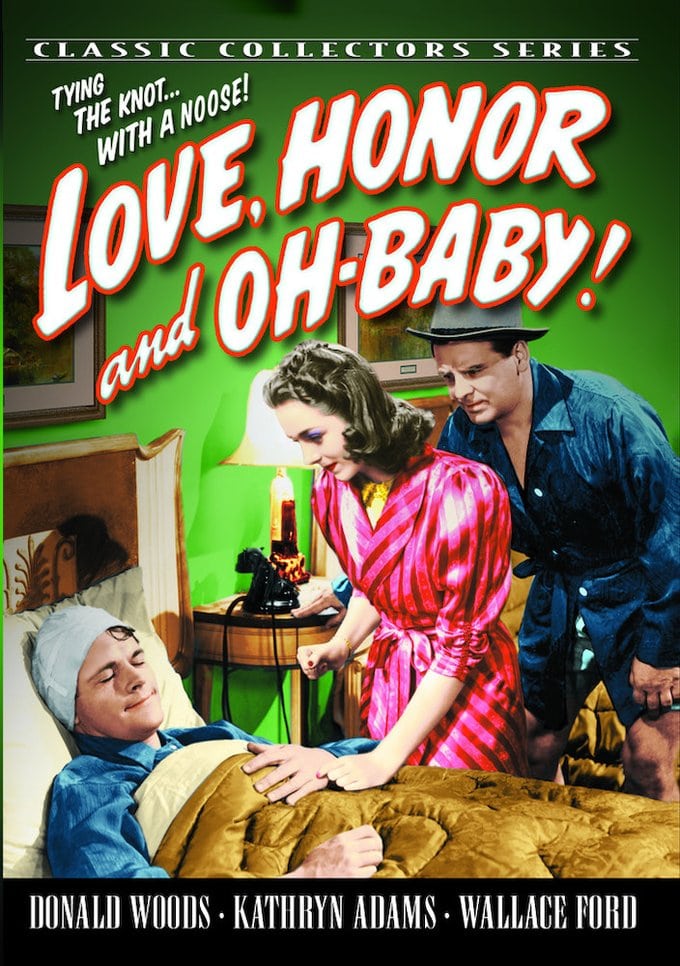 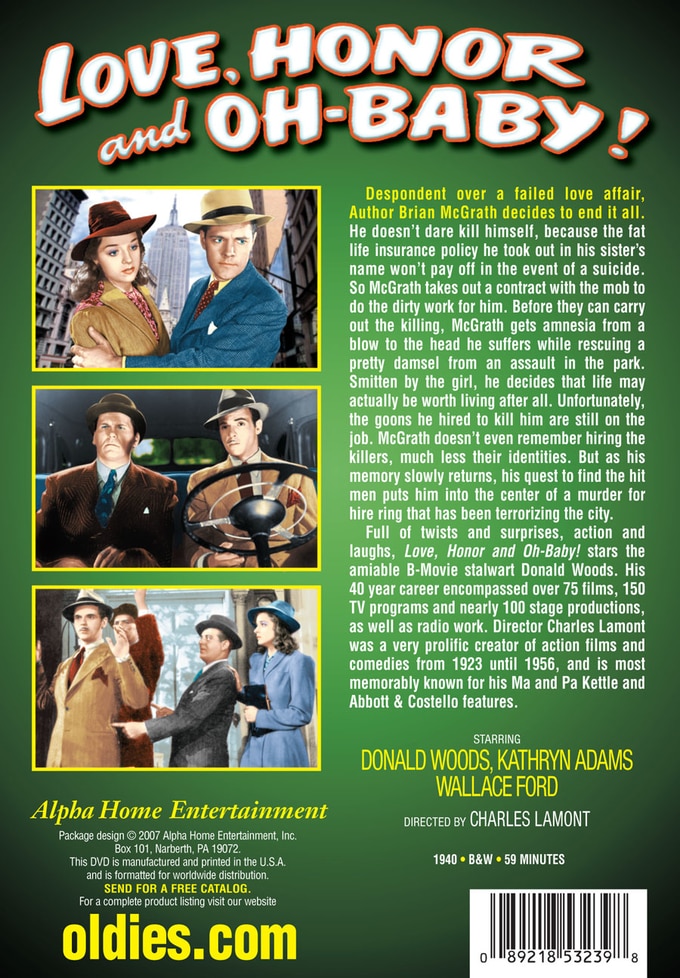 Despondent over a failed love affair, Author Brian McGrath decides to end it all. He doesn't dare kill himself, because the fat life insurance policy he took out in his sister's name won't pay off in the event of a suicide. So McGrath takes out a contract with the mob to do the dirty work for him. Before they can carry out the killing, McGrath gets amnesia from a blow to the head he suffers while rescuing a pretty damsel from an assault in the park. Smitten by the girl, he decides that life may actually be worth living after all. Unfortunately, the goons he hired to kill him are still on the job. McGrath doesn't even remember hiring the killers, much less their identities. But as his memory slowly returns, his quest to find the hit men puts him into the center of a murder for hire ring that has been terrorizing the city.

Full of twists and surprises, action and laughs, Love, Honor and Oh- Baby! stars the amiable B-Movie stalwart Donald Woods. His 40 year career encompassed over 75 films, 150 TV programs and nearly 100 stage productions, as well as radio work. Director Charles Lamont was a very prolific creator of action films and comedies from 1923 until 1956, and is most memorably known for his Ma and Pa Kettle and Abbott & Costello features.

28%off
The General's Daughter
$6.50 Super Savings
Add to Cart