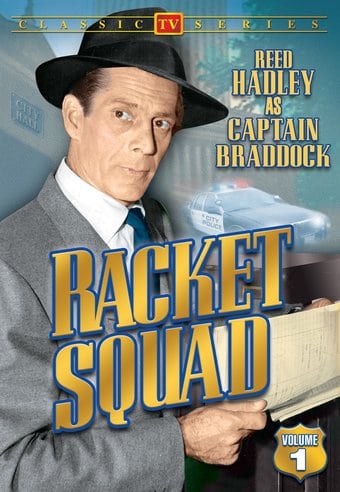 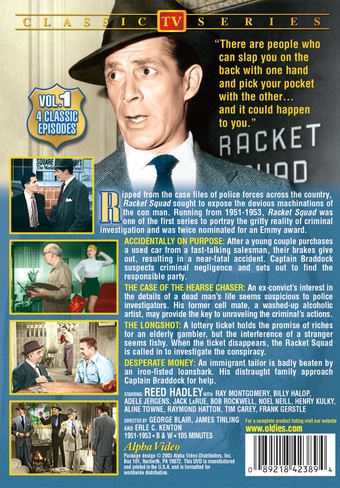 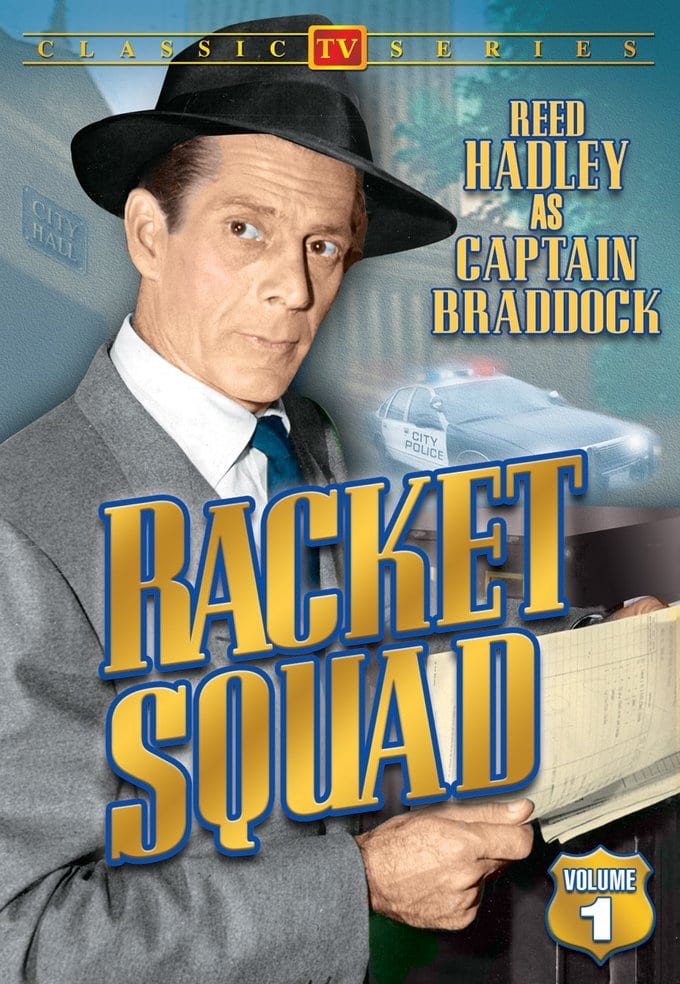 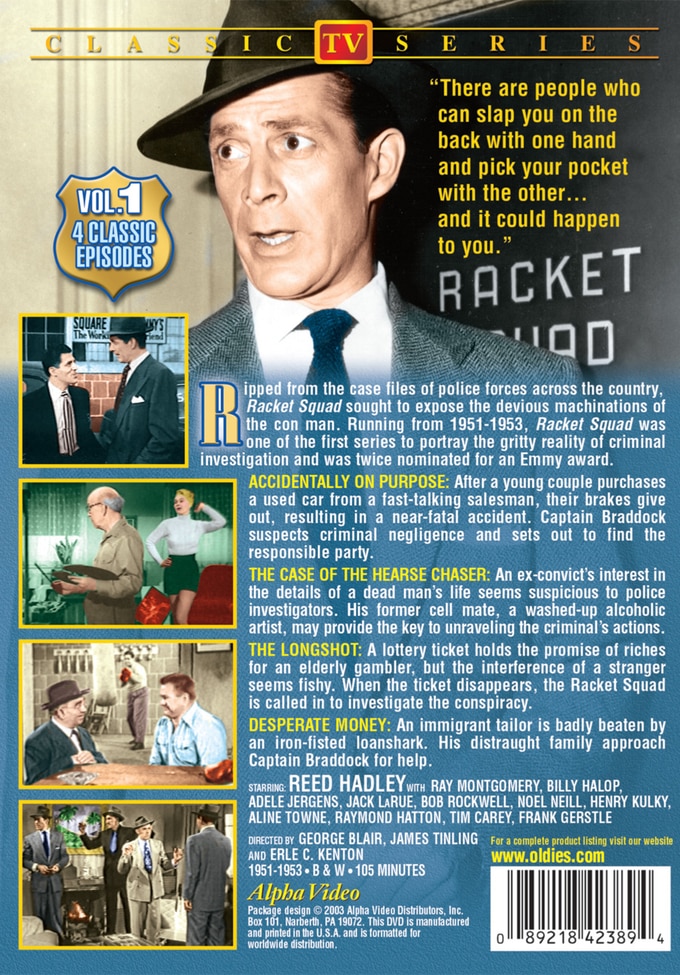 "There are people who can slap you on the back with one hand and pick your pocket with the other - and it could happen to you." Ripped from the case files of police forces across the country, "Racket Squad" sought to expose the devious machinations of the con man. Running from 1951-1953, "Racket Squad" was one of the first series to portray the gritty reality of criminal investigation and was twice nominated for an Emmy award.

Accidentally on Purpose: After a young couple purchases a used car from a fast-talking salesman, their brakes give out, resulting in a near-fatal accident. Captain Braddock suspects criminal negligence and sets out to find the responsible party.

The Case of the Hearse Chaser: An ex-convict's interest in the details of a dead man's life seems suspicious to police investigators. His former cell mate, a washed-up alcoholic artist, may provide the key to unraveling the criminal's actions.

The Longshot: A lottery ticket holds the promise of riches for an elderly gambler, but the interference of a stranger seems fishy. When the ticket disappears, the Racket Squad is called in to investigate the conspiracy.

Desperate Money: An immigrant tailor is badly beaten by an iron-fisted loanshark. His distraught family approach Captain Braddock for help.