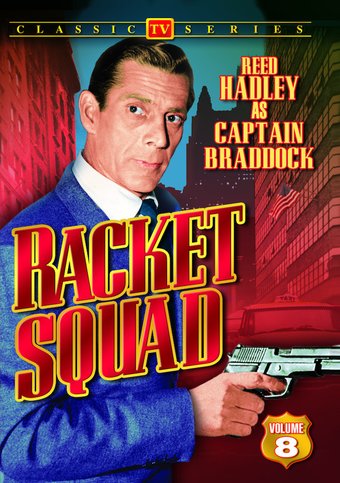 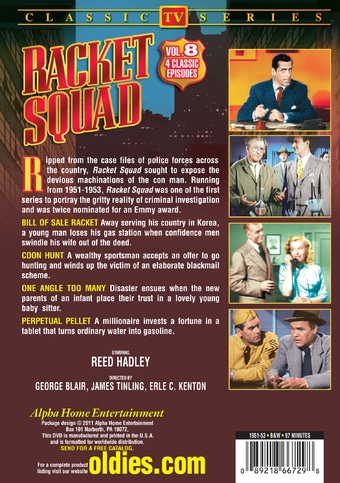 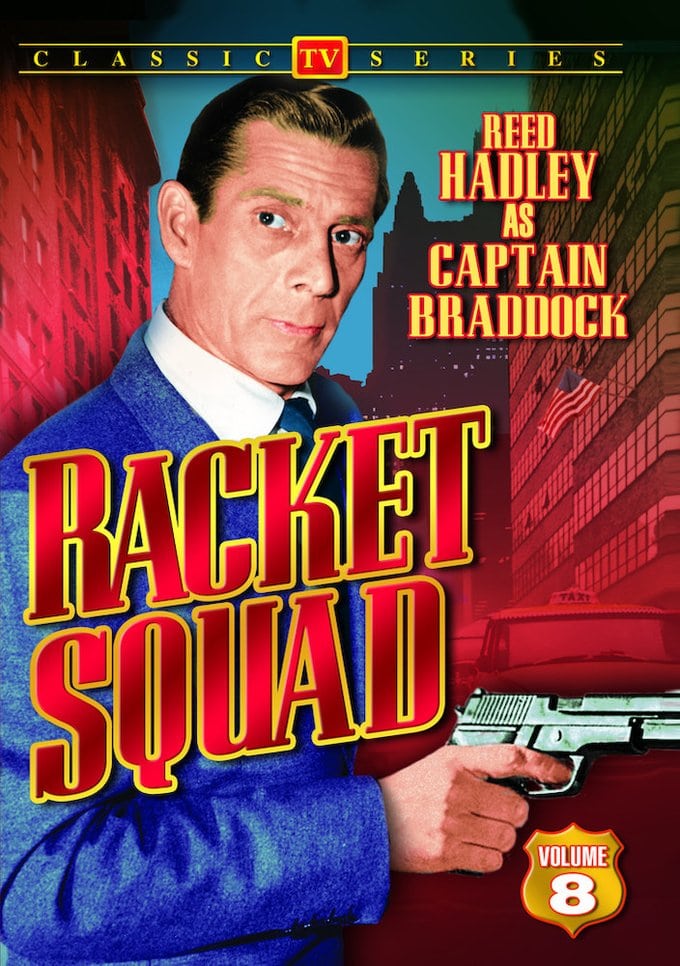 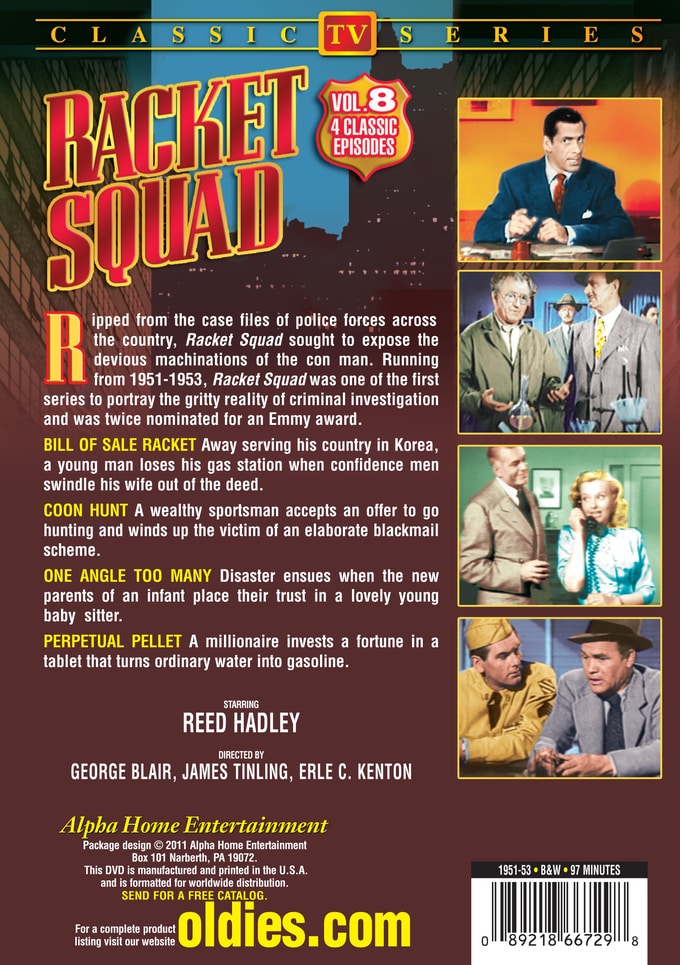 Bill Of Sale Racket: Away serving his country in Korea, a young man loses his gas station when confidence men swindle his wife out of the deed.

Coon Hunt: A wealthy sportsman accepts an offer to go hunting and winds up the victim of an elaborate blackmail scheme.

One Angle Too Many: Disaster ensues when the new parents of an infant place their trust in a lovely young baby sitter.

Perpetual Pellet: A millionaire invests a fortune in a tablet that turns ordinary water into gasoline.

Originally broadcast on American television from 1951 through 1953, RACKET SQUAD was something of an (unofficial) predecessor to such later programs as NYPD: BLUE and HOMICIDE, with its stories pulled from the annals of real-life criminal investigations and presented in a gritty style that was way ahead of its time for the early 1950s. The series distinguished itself from those successors, however, by focusing exclusively on the manipulations and head games of the classic con artist. This box set - volume eight in a series devoted to SQUAD -- offers three episodes from the program: BILL OF SALE RACKET, COON HUNT and ONE ANGLE TOO MANY.