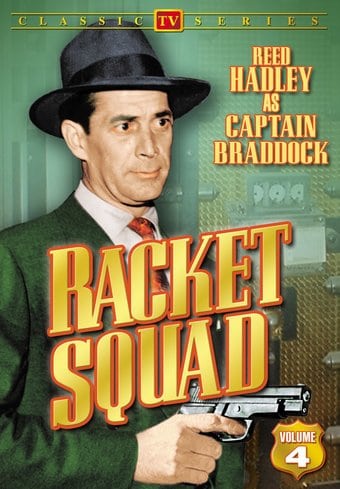 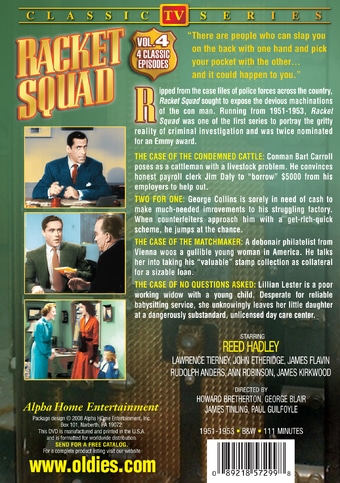 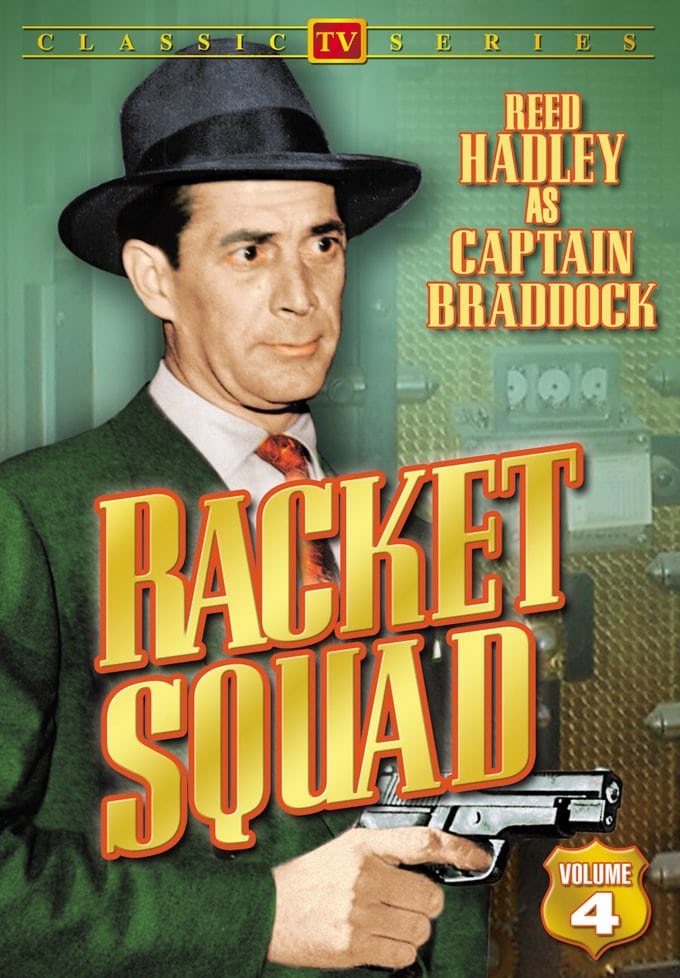 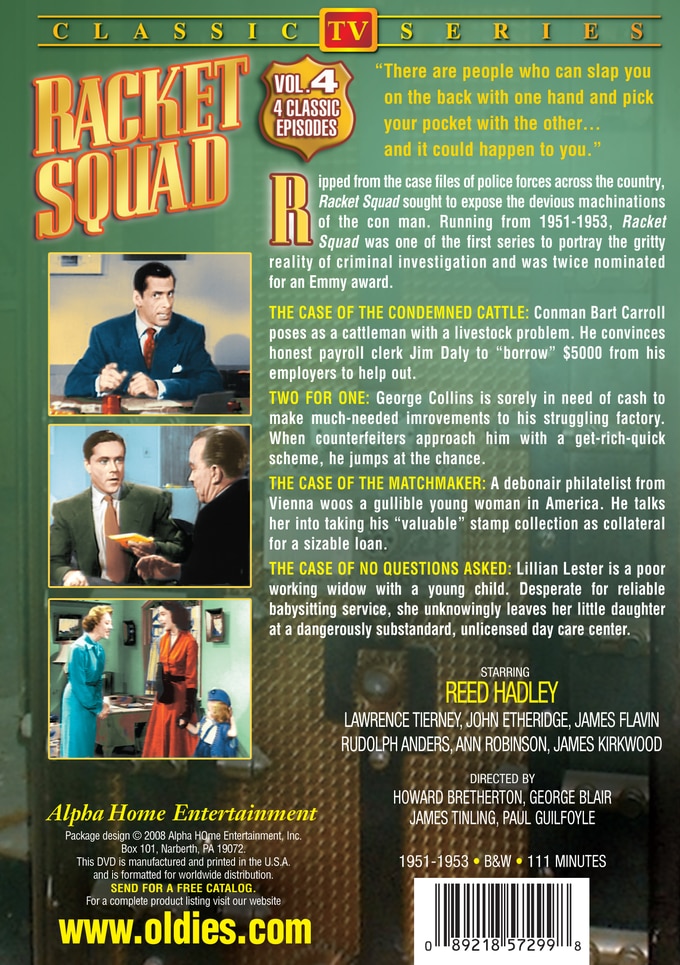 "There are people who can slap you on the back with one hand and pick your pocket with the other... and it could happen to you."

The Case Of The Condemned Cattle: Conman Bart Carroll poses as a cattleman with a livestock problem. He convinces honest payroll clerk Jim Daly to "borrow" $5000 from his employers to help out.

Two For One: George Collins is sorely in need of cash to make much-needed imrovements to his struggling factory. When counterfeiters approach him with a get-rich-quick scheme, he jumps at the chance.

The Case Of The Matchmaker: A debonair philatelist from Vienna woos a gullible young woman in America. He talks her into taking his "valuable" stamp collection as collateral for a sizable loan.

The Case Of No Questions Asked: Lillian Lester is a poor working widow with a young child. Desperate for reliable babysitting service, she unknowingly leaves her little daughter at a dangerously substandard, unlicensed day care center.

A TV drama based on cases culled from actual police files, RACKET SQUAD originally ran from 1951-53. Four episodes from the show are collected here, chronicling devious con men and law enforcement's attempts to bring them to justice: "The Case Of The Condemned Cattle," "Two For One," "The Case Of The Matchmaker," and "The Case Of No Questions Asked."

Action | Justice | Scams And Cons | Made-For-Network TV
This product is made-on-demand by the manufacturer using DVD-R recordable media. Almost all DVD players can play DVD-Rs (except for some older models made before 2000) - please consult your owner's manual for formats compatible with your player. These DVD-Rs may not play on all computers or DVD player/recorders. To address this, the manufacturer recommends viewing this product on a DVD player that does not have recording capability.