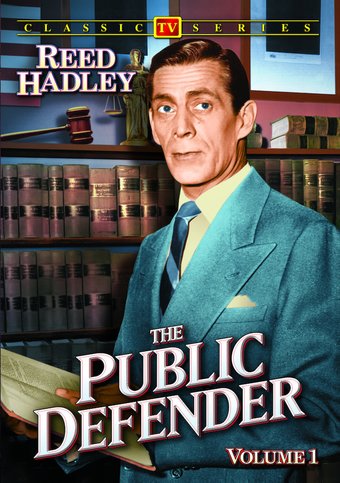 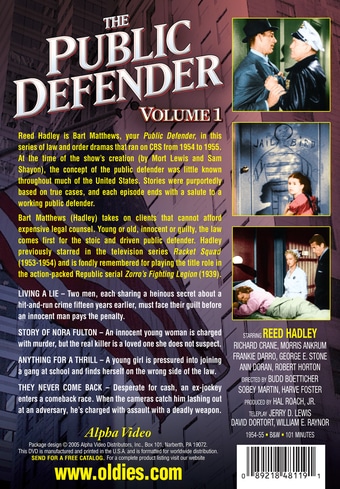 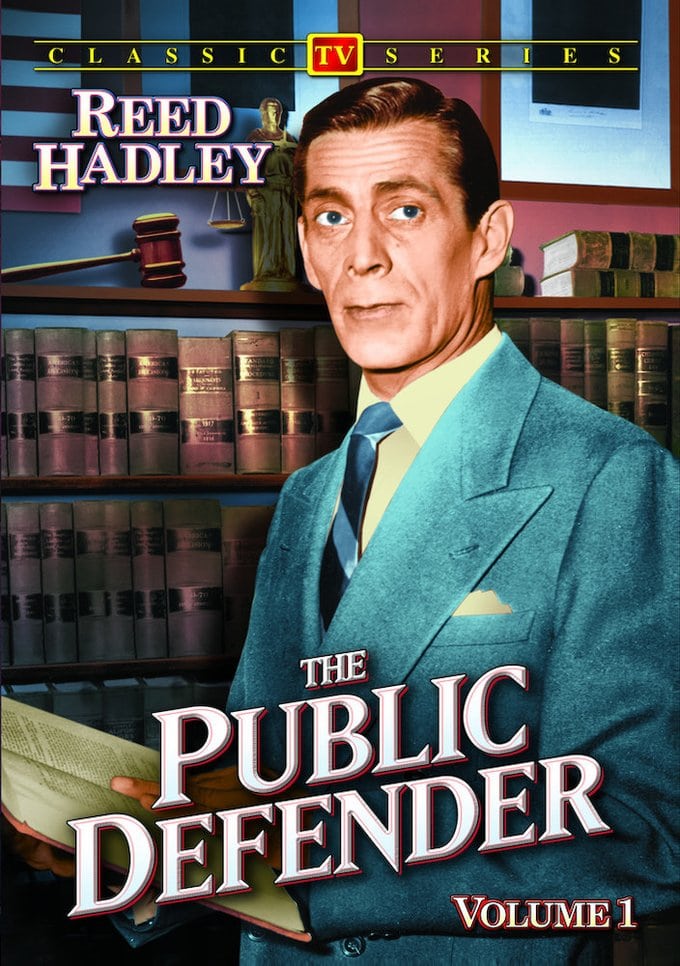 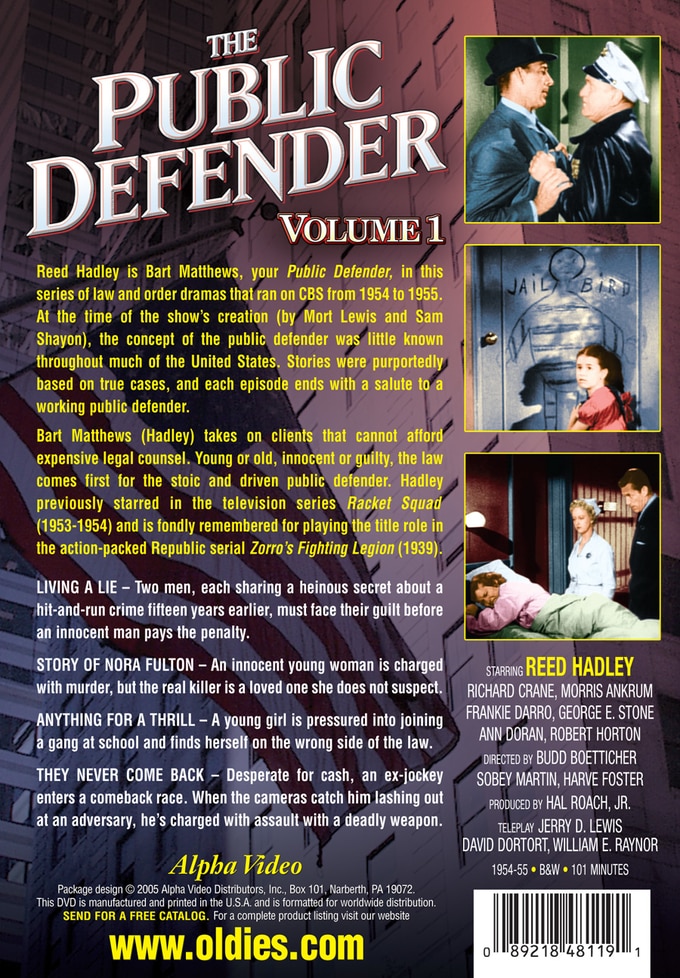 Living A Lie: Two men, each sharing a heinous secret about a hit-and-run crime fifteen years earlier, must face their guilt before an innocent man pays the penalty.

Story Of Nora Fulton: An innocent young woman is charged with murder, but the real killer is a loved one she does not suspect.

Anything For A Thrill: A young girl is pressured into joining a gang at school and finds herself on the wrong side of the law.

They Never Come Back: Desperate for cash, an ex-jockey enters a comeback race. When the cameras catch him lashing out at an adversary, he's charged with assault with a deadly weapon.

Starring Reed Hartley (RACKET SQUAD), this courtroom drama aired from 1954-1955, and followed Bart Matthews (Hartley) in his capacity as a pro bono lawyer, defending clients who have been falsely accused of crime. In this volume, a blind man becomes a key witness in "Circumstantial Evidence," while Bart joins forces with a TV personality to solve a case dealing with youth gangs in "Jackpot." An incriminating photograph clears the name of an innocent man in "Murder Photo," which features guest star DeForest Kelley (STAR TREK).