A collection of mysterious terror-filled tales of the unexpected from the earliest days of television. 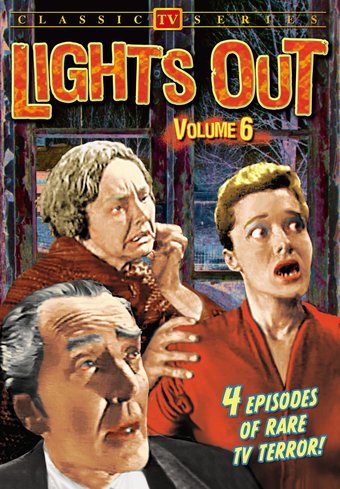 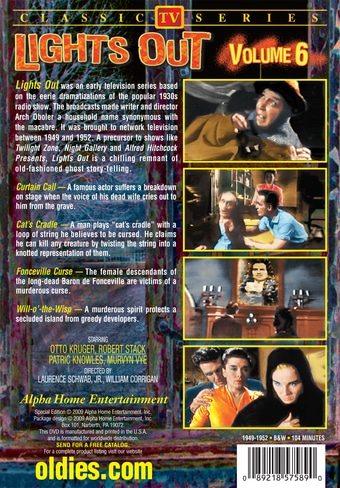 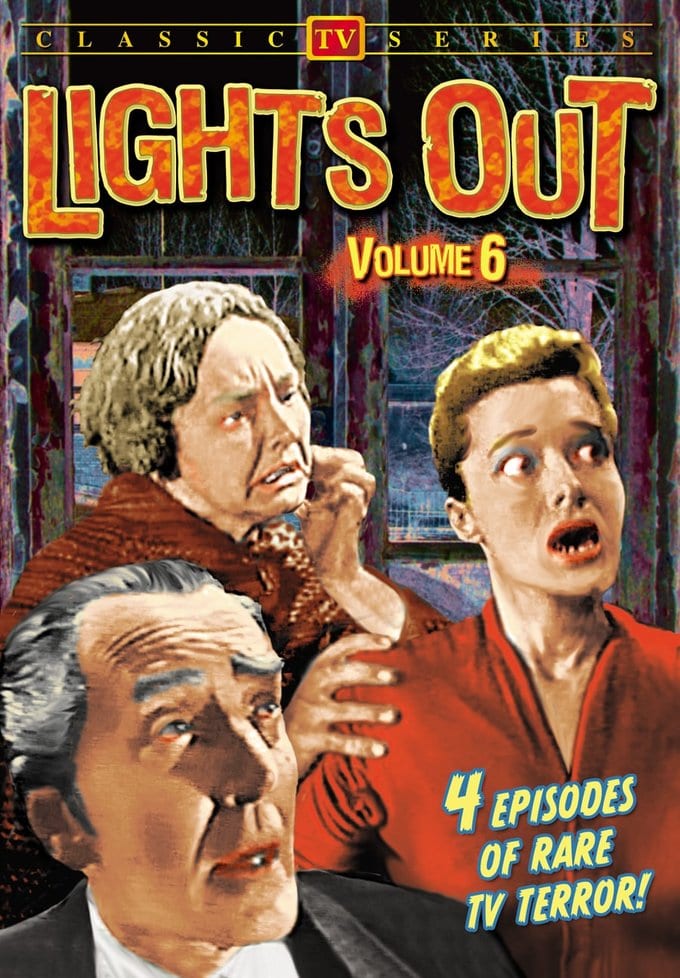 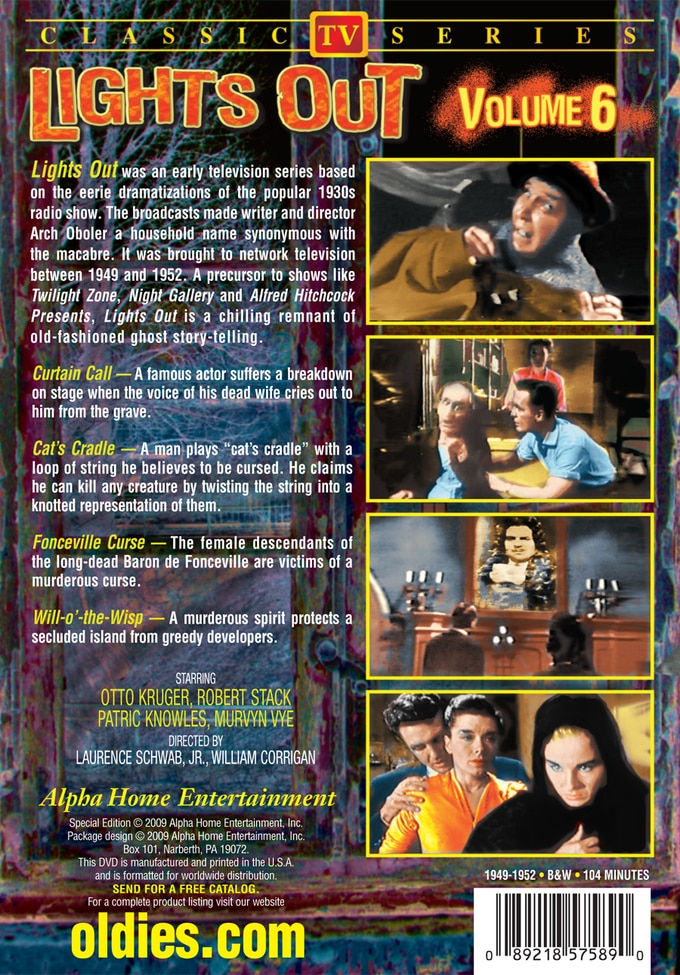 "Lights Out" was an early television series based on the eerie dramatizations of the popular 1930s radio show. The broadcasts made writer and director Arch Oboler a household name synonymous with the macabre. It was brought to network television between 1949 and 1952. A precursor to shows like "Twilight Zone," "Night Gallery" and "Alfred Hitchcock Presents," "Lights Out" is a chilling remnant of old-fashioned ghost story-telling.

Curtain Call: A famous actor suffers a breakdown on stage when the voice of his dead wife cries out to him from the grave.

Cat's Cradle: A man plays "cat's cradle" with a loop of string he believes to be cursed. He claims he can kill any creature by twisting the string into a knotted representation of them.

Fonceville Curse: The female descendants of the long-dead Baron de Fonceville are victims of a murderous curse.

Supernatural | Made-For-Network TV | Anthology
This product is made-on-demand by the manufacturer using DVD-R recordable media. Almost all DVD players can play DVD-Rs (except for some older models made before 2000) - please consult your owner's manual for formats compatible with your player. These DVD-Rs may not play on all computers or DVD player/recorders. To address this, the manufacturer recommends viewing this product on a DVD player that does not have recording capability.