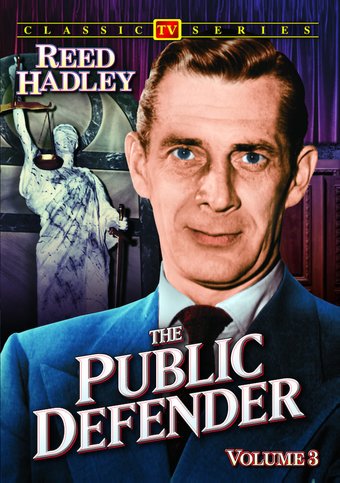 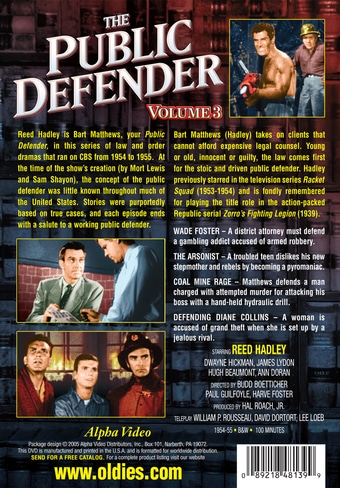 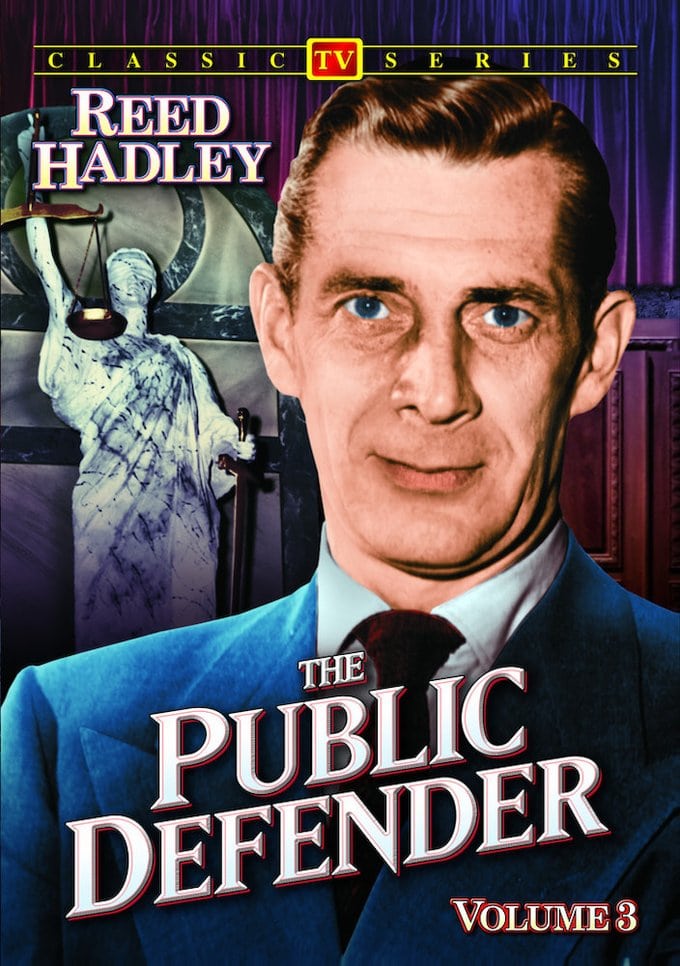 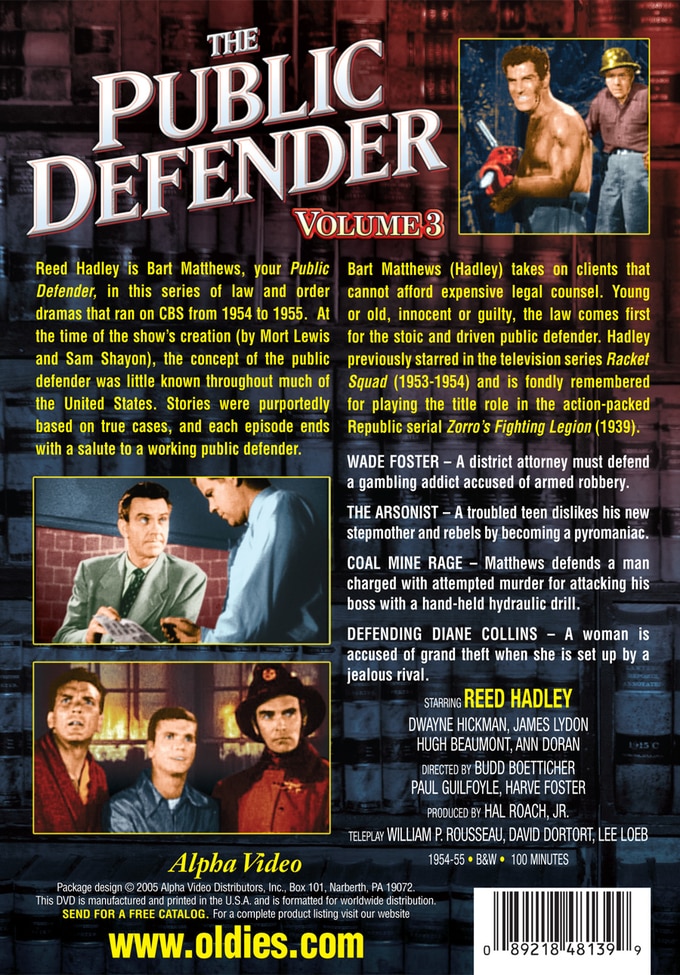 The Arsonist: A troubled teen dislikes his new stepmother and rebels by becoming a pyromaniac.

Coal Mine Rage: Matthews defends a man charged with attempted murder for attacking his boss with a hand-held hydraulic drill.

Defending Diane Collins: A woman is accused of grand theft when she is set up by a jealous rival.

Starring Reed Hartley (RACKET SQUAD), this courtroom drama aired from 1954-1955, and followed Bart Matthews (Hartley) in his capacity as a pro bono lawyer, defending clients who have been falsely accused of crime. In this collection of episodes, a con man in prison lets himself get talked into a dubious jailbreak by the man who landed him there in the first place in "Crash Out." The Clown" follows a young boy who had entered a life of crime in a last bid to capture his father's attention, while "Another World" sees Matthews defending an immigrant accused of murdering a man who had been blackmailing his sister.

Law / Lawyers | Justice | Courtroom | Crime | Television Programs | Television Shows | Television / TV Series
This product is made-on-demand by the manufacturer using DVD-R recordable media. Almost all DVD players can play DVD-Rs (except for some older models made before 2000) - please consult your owner's manual for formats compatible with your player. These DVD-Rs may not play on all computers or DVD player/recorders. To address this, the manufacturer recommends viewing this product on a DVD player that does not have recording capability.