Jesse James plots train robberies in his efforts to foil the evil plan of a sinister railroad magnate. 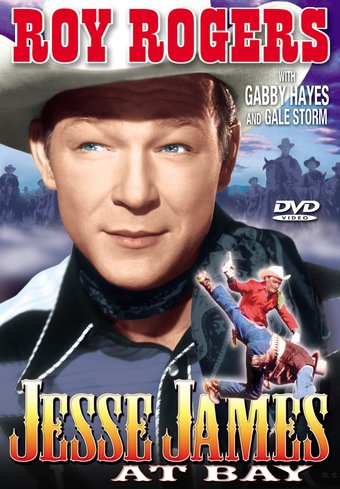 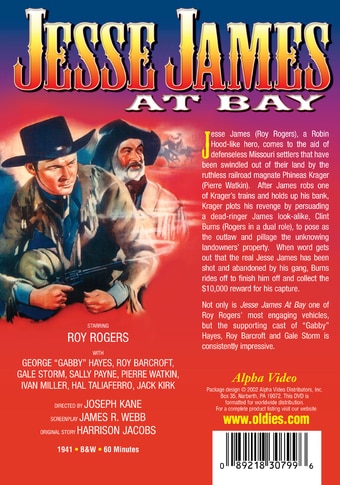 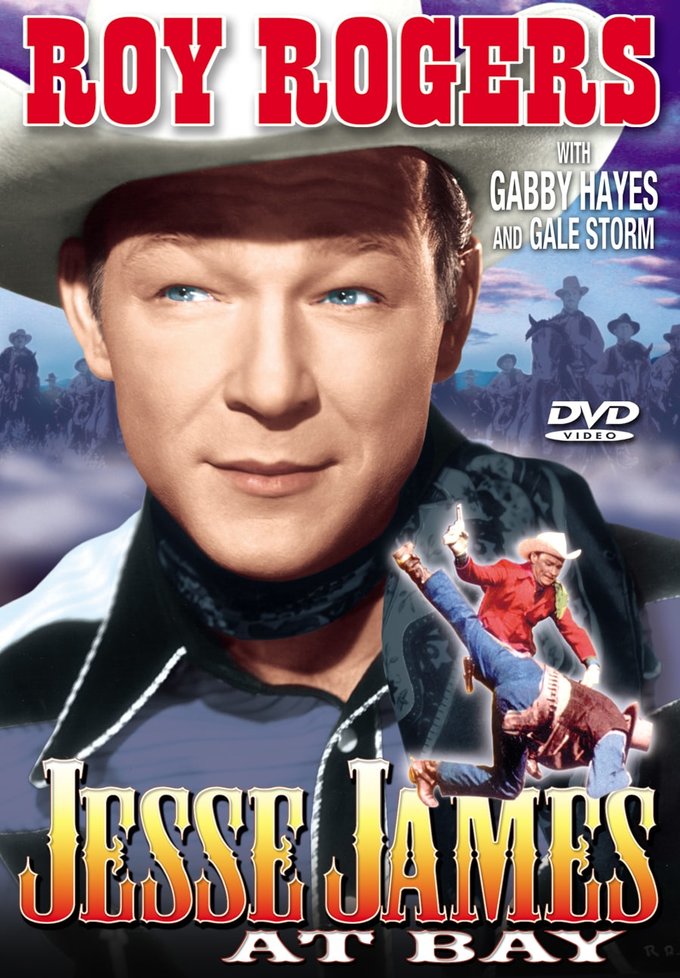 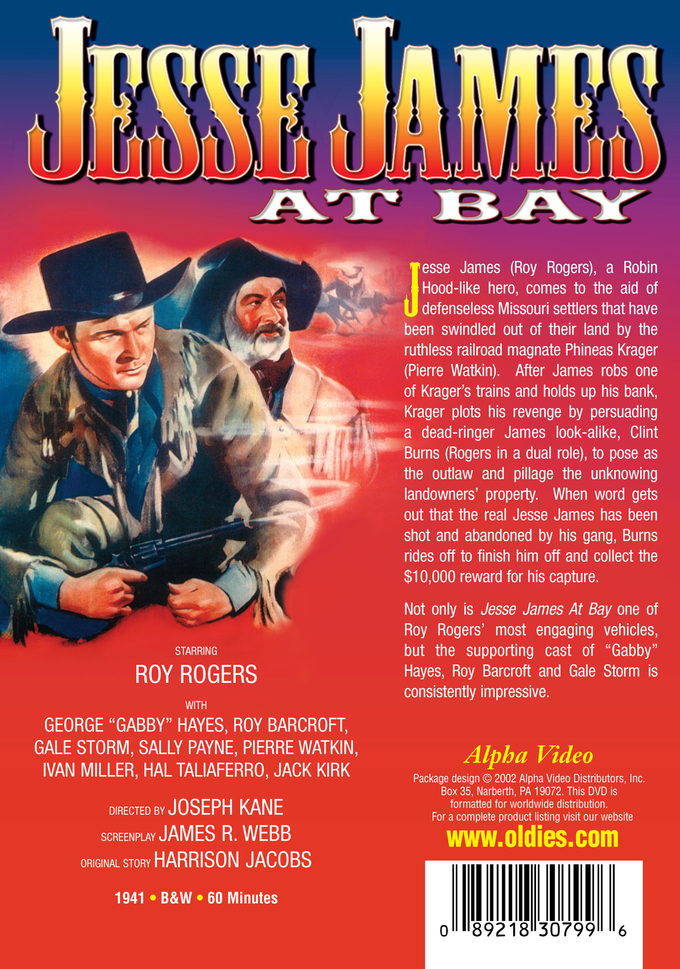 Jesse James (Roy Rogers), a Robin Hood-like hero, comes to the aid of defenseless Missouri settlers that have been swindled out of their land by the ruthless railroad magnate Phineas Krager (Pierre Watkin). After James robs one of Krager's trains and holds up his bank, Krager plots his revenge by persuading a dead-ringer James look-alike, Clint Burns (Rogers in a dual role), to pose as the outlaw and pillage the unknowing landowners' property. When word gets out that the real Jesse James has been shot and abandoned by his gang, Burns rides off to finish him off and collect the $10,000 reward for his capture. Not only is Jesse James At Bay one of Roy Rogers' most engaging vehicles, but the supporting cast of "Gabby" Hayes, Roy Barcroft and Gale Storm is consistently impressive.

The legendary Roy Rogers stars in classic western about a man who poses as Jesse James to harass a railroad magnate who is cheating settlers.

Sunset in the West
$19
Add to Cart