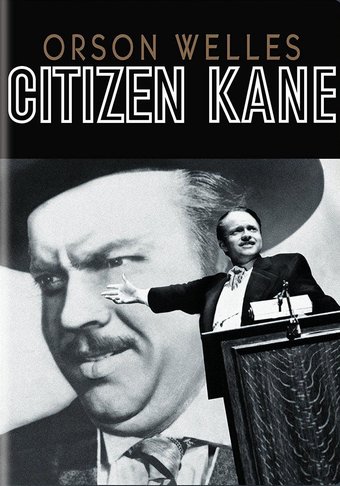 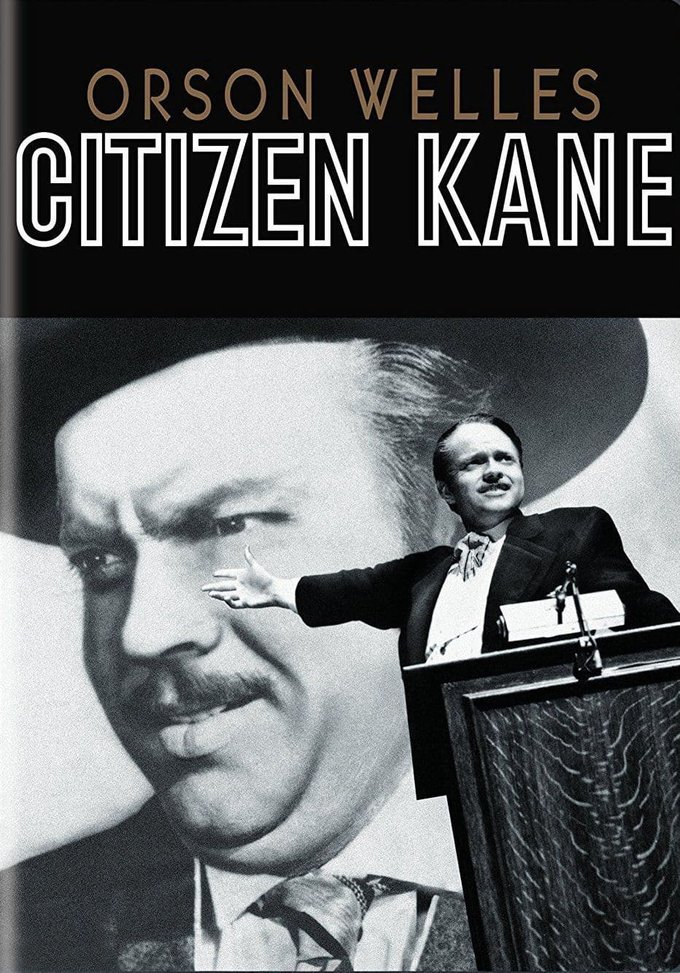 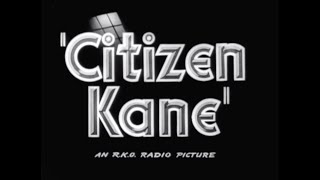 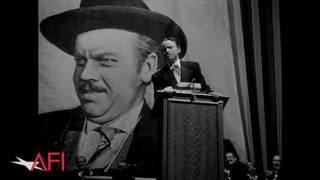 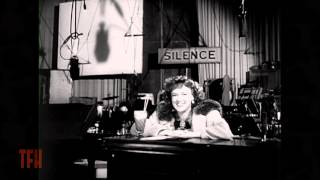 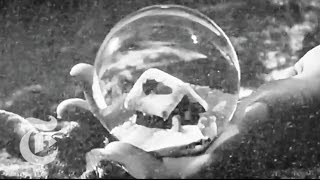 "Rosebud."
- the dying word of Charles Foster Kane (Orson Welles)
"I am, have been, and will always be only one thing--an American."
- Kane
"It'll probably turn out to be a very simple thing."
- Mr. Rawlston (Philip Van Zandt), referring to Rosebud
"I think it would be fun to run a newspaper!"
- Walter Parks Thatcher (George Coulouris)
"You provide the prose poems, I'll provide the war."
- Kane
"I did lose a million dollars last year. I expect to lose a million dollars this year. I expect to lose a million dollars next year. You know, Mr. Thatcher, at the rate of a million dollars a year, I'll have to close this place in...sixty years."
- Kane to Thatcher
"I only saw her for one second. She didn't see me at all. But I'll bet a month hasn't gone by since that I haven't thought of that girl."
- Mr. Bernstein (Everett Sloane) to Jerry Thompson (William Alland)

CITIZEN KANE is Orson Welles's greatest achievement--and a landmark of cinema history. The story charts the rise and fall of a newspaper publisher whose wealth and power ultimately isolates him in his castle-like refuge. The film's protagonist, Charles Foster Kane, was based on a composite of Howard Hughes and William Randolph Hearst--so much so that Hearst tried to have the film suppressed. Every aspect of the production marked an advance in film language: the deep focus and deeply shadowed cinematography (from Gregg Toland); the discontinuous narrative, relying heavily on flashbacks and newsreel footage (propelled by a script largely written by Herman L. Mankiewicz); the innovative use of sound and score (sound by Bailey Fesler and James G. Stewart, music composed and conducted by Bernard Herrmann); and the ensemble acting forged in the fires of Welles's Mercury Theatre (featuring the film debuts of, among others, Joseph Cotten, Everett Sloane, and Agnes Moorehead). Every moment of the film, every shot, has been choreographed to perfection. The film is essential viewing, quite possibly the greatest film ever made and, along with THE BIRTH OF A NATION, certainly the most influential.

CITIZEN KANE is quite simply one of the greatest films ever made. Orson Welles is astounding as both actor and director in this sweeping drama, based largely on the life of newspaper tycoon William Randolph Hearst.