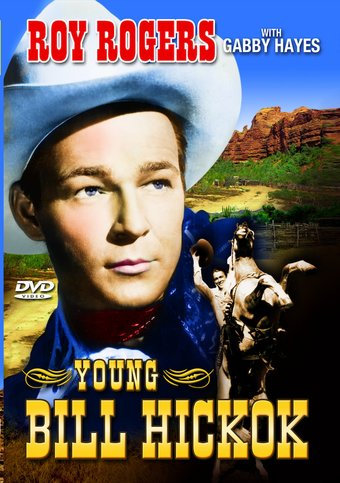 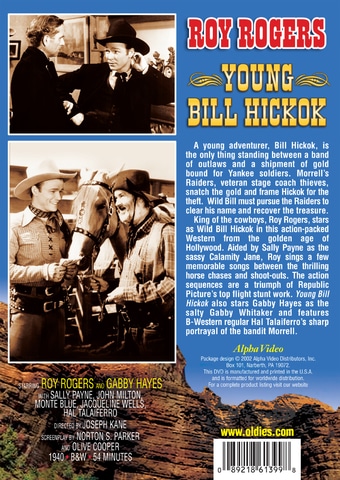 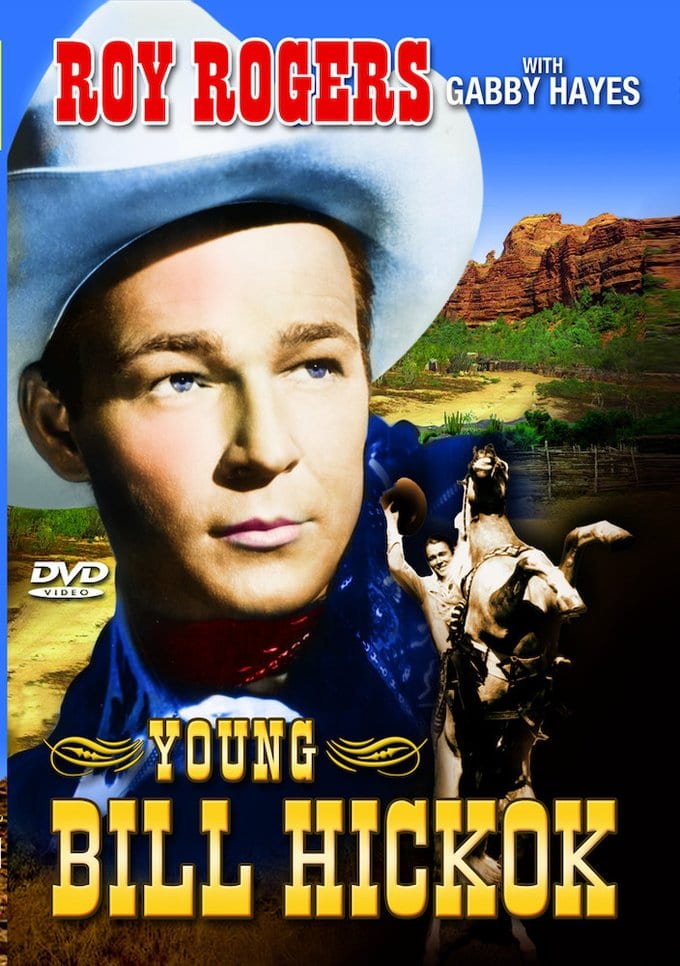 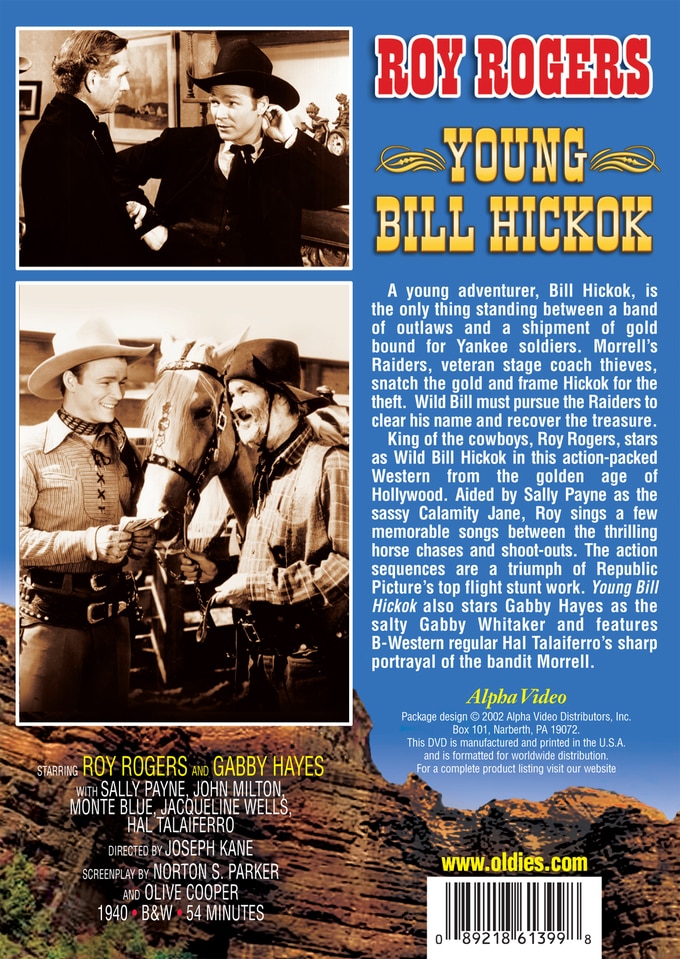 A young adventurer, Bill Hickok, is the only thing standing between a band of outlaws and a shipment of gold bound for Yankee soldiers. Morrell's Raiders, veteran stage coach thieves, snatch the gold and frame Hickok for the theft. Wild Bill must pursue the Raiders to clear his name and recover the treasure. "King of the Cowboys" Roy Rogers, stars as Wild Bill Hickok in this action-packed Western from the golden age of Hollywood. Aided by Sally Payne as the sassy Calamity Jane, Roy sings a few memorable songs between the thrilling horse chases and shoot-outs. The action sequences are a triumph of Republic Picture's top flight stunt work. Young Bill Hickok also stars Gabby Hayes as the salty Gabby Whitaker and features B-Western regular Hal Talaiferro's sharp portrayal of the bandit Morrell.

Roy Rogers plays a daring young Wild Bill Hickok in this wild west drama, who is stationed as a relay station agent, and must protect a shipment of gold. He decides to give the valuable goods to his friend Gabby (George Hayes) to help take the shipment to California. However, the plan goes south when a developing love triangle among Hickok, Calamity Jane (Sally Payne) and Louise Mason (Jacqueline Wells) causes the plan to be revealed man with villianous intent. Sent by a foreign government to steal the gold shipment, Nicholas Tower (John Miljan) is all too happy to hear of the plan, and sets about gathering his goons to raid the travelers. Despite the robbery attempt and romantic woes, Rogers still has time to sing a few classic songs, including "A Cowboy Wedding" and "Up and Down the Prairie."