The Yellow Rose of Texas

Insurance investigator Roy Rogers is hunting for a thief and his cache of stolen money. 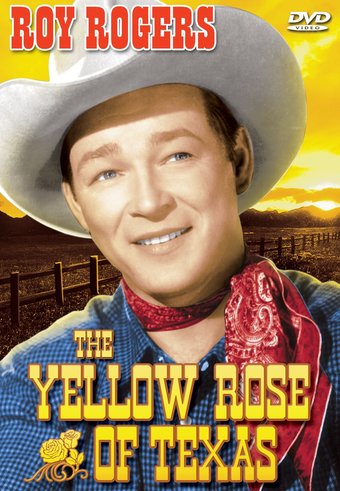 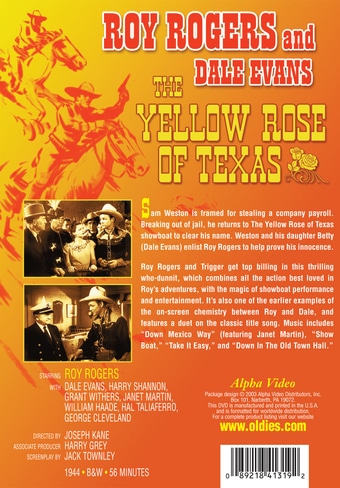 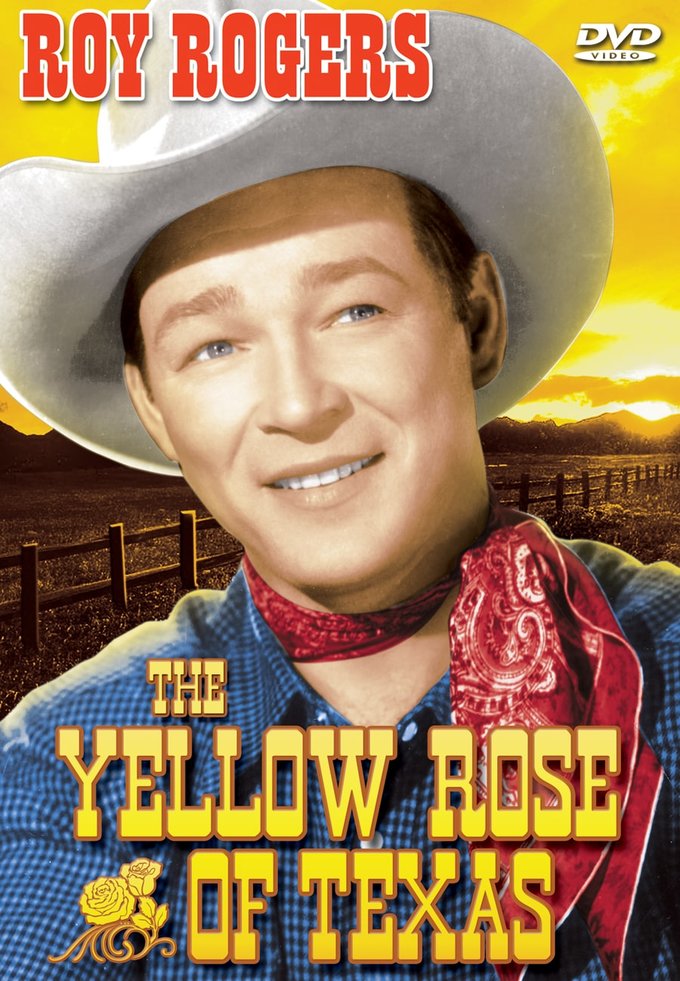 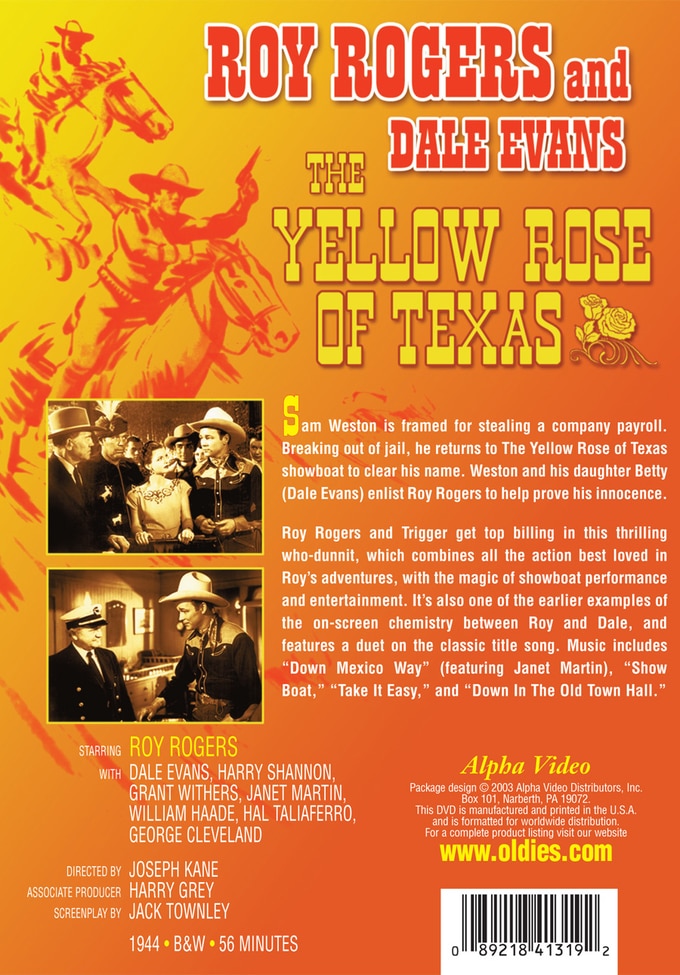 Sam Weston is framed for stealing a company payroll. Breaking out of jail, he returns to The Yellow Rose of Texas showboat to clear his name. Weston and his daughter Betty (Dale Evans) enlist Roy Rogers to help prove his innocence. Roy Rogers and Trigger get top billing in this thrilling who-dunnit, which combines all the action best loved in Roy's adventures, with the magic of showboat performance and entertainment. It's also one of the earlier examples of the on-screen chemistry between Roy and Dale, and features a duet on the classic title song. Music includes "Down Mexico Way" (featuring Janet Martin), "Show Boat," "Take It Easy," and "Down In The Old Town Hall."

Roy plays a dual role as entertainer on the showboat (YELLOW ROSE OF TEXAS) and insurance investigator. As an entertainer he can keep an eye on Betty (Dale) as he hopes she will lead him to her father, an escaped convict, who says he was framed. His plan works but becomes increasingly convinced that Dale's father's story is the truth. In a dramatic show Roy reveals the real thief, but not before several action packed chases and some fine show-boat performances take place. Action-packed western that has gone down in history.