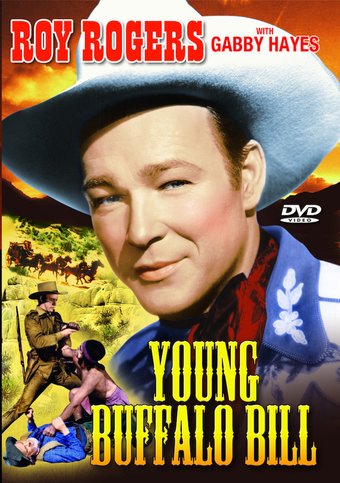 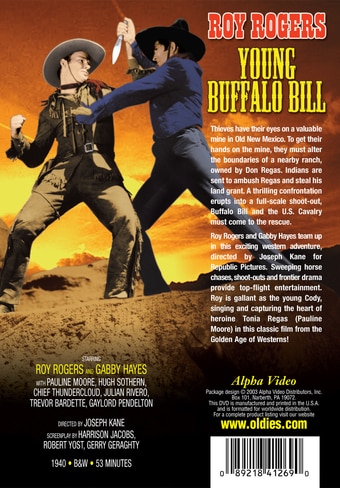 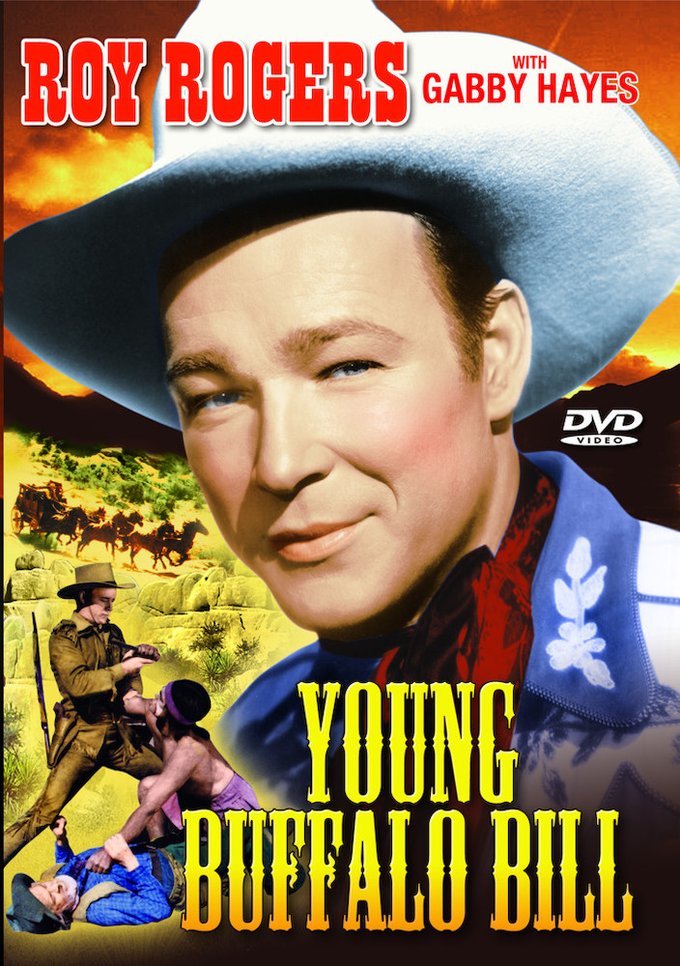 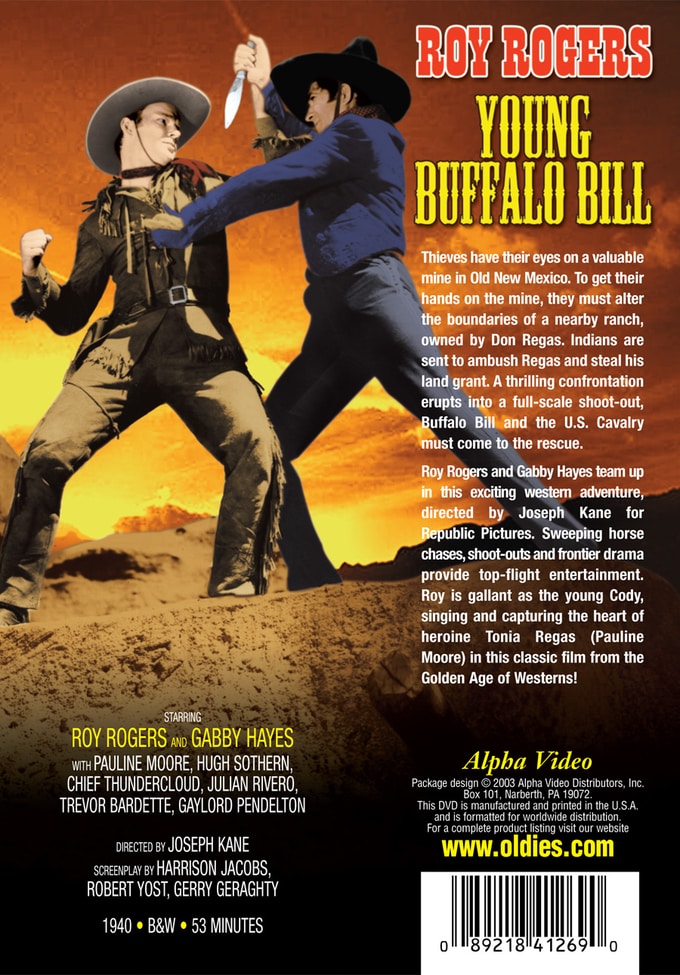 Thieves have their eyes on a valuable mine in Old New Mexico. To get their hands on the mine, they must alter the boundaries of a nearby ranch, owned by Don Regas. Indians are sent to ambush Regas and steal his land grant. A thrilling confrontation erupts into a full-scale shoot-out, Buffalo Bill and the U.S. Cavalry must come to the rescue. Roy Rogers and Gabby Hayes team up in this exciting western adventure, directed by Joseph Kane for Republic Pictures. Sweeping horse chases, shoot-outs and frontier drama provide top-flight entertainment. Roy is gallant as the young Cody, singing and capturing the heart of heroine Tonia Regas (Pauline Moore) in this classic film from the Golden Age of Westerns!

A dispute about land ownership leads to a full-scale shoot-outs between the good 'ol cowboys and the fiery Indians. Only singing cowboy Roy Rogers (as Bill Cody) and the US Cavalry (with Gabby Hayes in tow) can put an end to this fierce battle. YOUNG BUFFALO BILL is an exciting western, complete with horse chases, gun battles, and frontier drama.

Indians | Vintage | Cowboys
This product is made-on-demand by the manufacturer using DVD-R recordable media. Almost all DVD players can play DVD-Rs (except for some older models made before 2000) - please consult your owner's manual for formats compatible with your player. These DVD-Rs may not play on all computers or DVD player/recorders. To address this, the manufacturer recommends viewing this product on a DVD player that does not have recording capability.

Customer Rating:
Based on 250 ratings.


I've never been much of a Roy Rogers fan - or of any singing cowboys now that I think of it - but this film's not bad and it's got Gabby Hayes in it, and "Gol Dang, it," any movie with him it worth a watching!