Roy Rogers plays an outlaw with a heart of gold as he sets out to avenge his father's death. 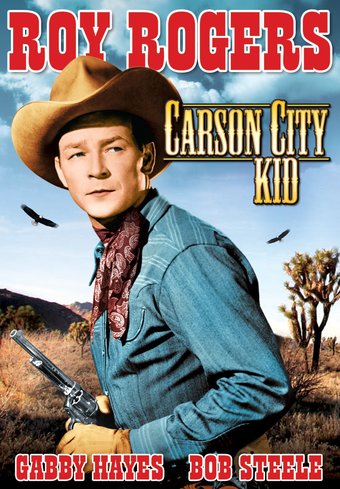 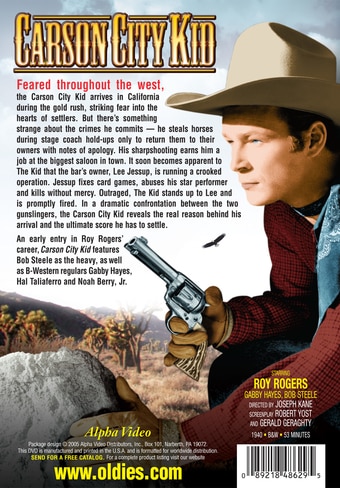 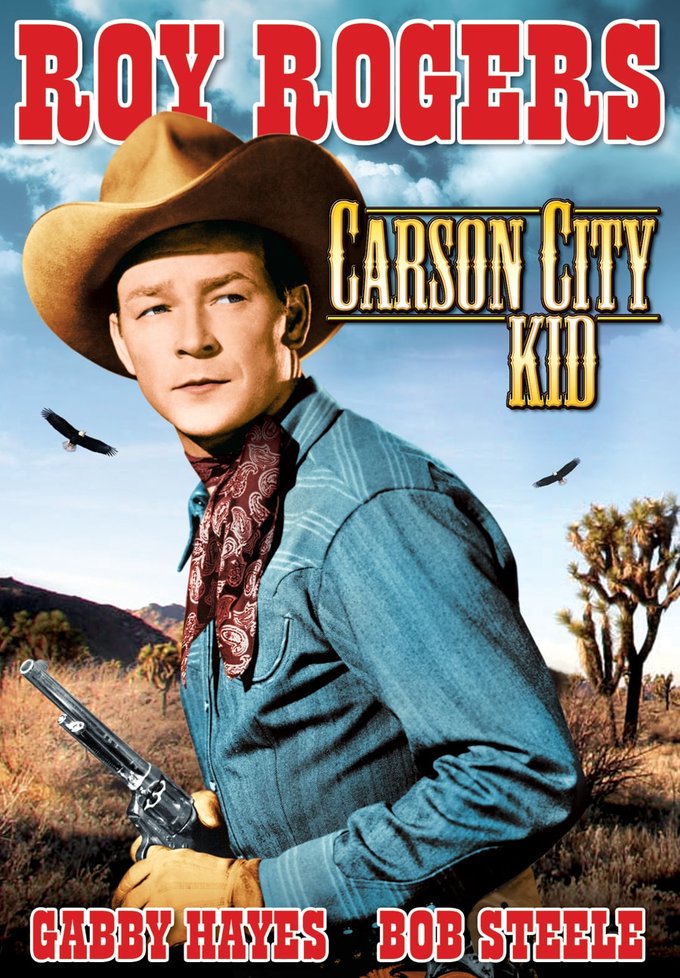 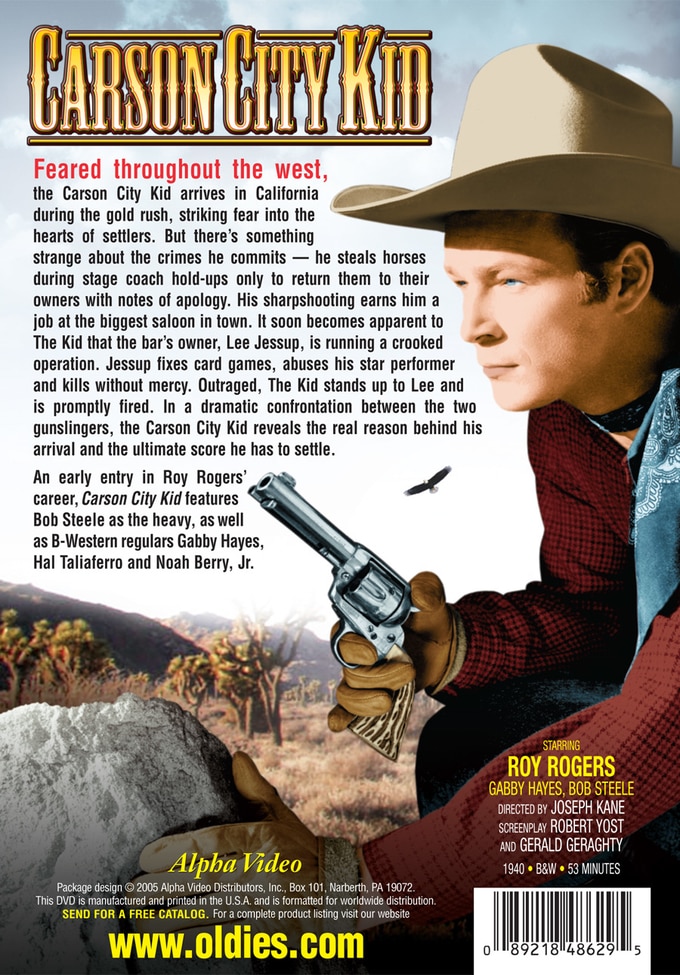 Feared throughout the west, the Carson City Kid arrives in California during the gold rush, striking fear into the hearts of settlers. But there's something strange about the crimes he commits - he steals horses during stage coach hold-ups only to return them to their owners with notes of apology. His sharpshooting earns him a job at the biggest saloon in town. It soon becomes apparent to The Kid that the bar's owner, Lee Jessup, is running a crooked operation. Jessup fixes card games, abuses his star performer and kills without mercy. Outraged, The Kid stands up to Lee and is promptly fired. In a dramatic confrontation between the two gunslingers, the Carson City Kid reveals the real reason behind his arrival and the ultimate score he has to settle.

A bandit comes to town to find the owner of a gambling house whom he believes killed his brother. Considered a Steele classic.

Vengeance | Vintage
This product is made-on-demand by the manufacturer using DVD-R recordable media. Almost all DVD players can play DVD-Rs (except for some older models made before 2000) - please consult your owner's manual for formats compatible with your player. These DVD-Rs may not play on all computers or DVD player/recorders. To address this, the manufacturer recommends viewing this product on a DVD player that does not have recording capability.

The Horse Whisperer
$6.60
Add to Cart

Customer Rating:
Based on 318 ratings.


this a best western movie I saw