BIGGER THAN ALL OUTDOORS - Too thrilling for words! 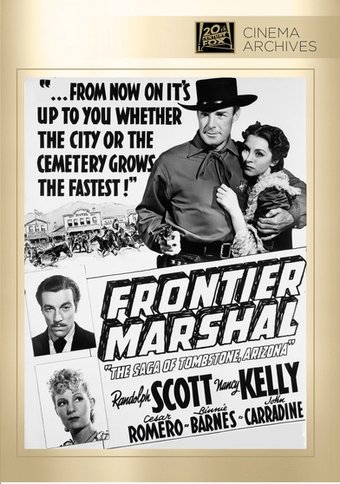 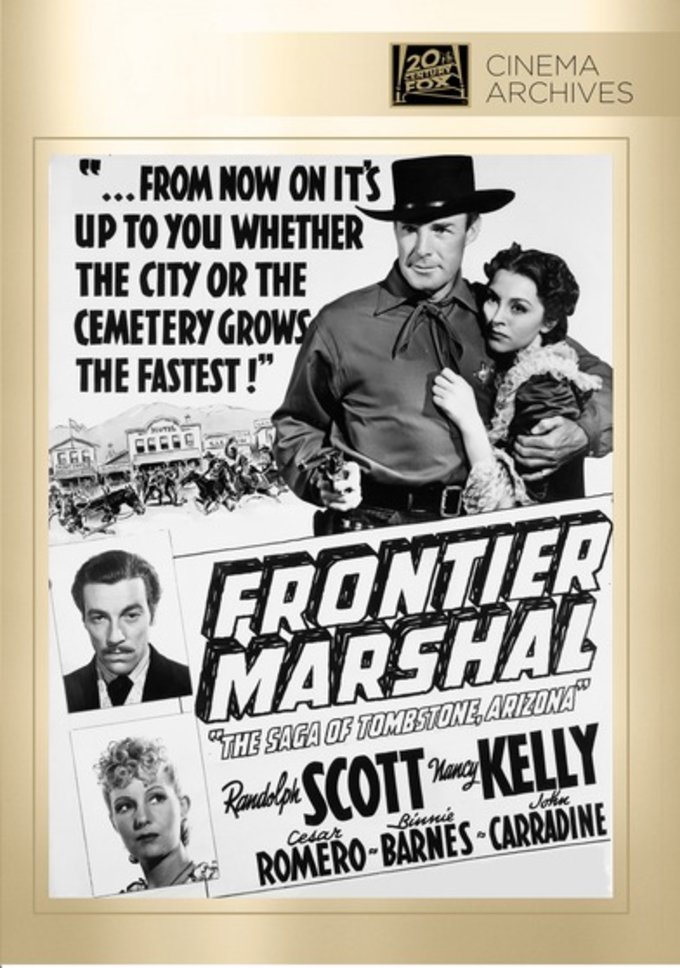 Wild West icon Wyatt Earp of Tombstone has his hands full enforcing the law alongside his brothers with occasional run-ins with his occasional "friend" Doc Halliday. A wicked outlaw comes to town and kills Doc which sets off the infamous gunfight at the O.K. Corral.

The second of three films based on the Wyatt Earp biography by Stuart N. Lake, FRONTIER MARSHAL stars Randolph Scott as Marshal Earp of Tombstone. Earp and his brothers enforce the law as much by reputation as by gunplay. Occasionally the marshal's efforts are complicated by his "friendly enemy" Doc Halliday (based on Doc Holliday and played by Cesar Romero), a consumptive gunslinger who runs the gambling activities in town. When a murderous outlaw (Joe Sawyer) invades Tombstone and kills Halliday, Earp is moved to action -- and the result is the gunfight at the O.K. Corral. A remake of the 1934 film of the same name, FRONTIER MARSHAL was itself remade by John Ford as MY DARLING CLEMENTINE (1946), with Henry Fonda as Earp and Victor Mature as Doc Holliday.

Action | Enemies | Justice | Outlaws | Gangsters | Gambling | Brothers | Kidnapping | Friendships | Battles | Weapons | Biographical
This product is made-on-demand by the manufacturer using DVD-R recordable media. Almost all DVD players can play DVD-Rs (except for some older models made before 2000) - please consult your owner's manual for formats compatible with your player. These DVD-Rs may not play on all computers or DVD player/recorders. To address this, the manufacturer recommends viewing this product on a DVD player that does not have recording capability.