The trials and tribulations of Adam and Eve are compared and contrasted with the lives of a 1920s Jazz Age couple in this war of the sexes comedy from legendary director Howard Hawks. 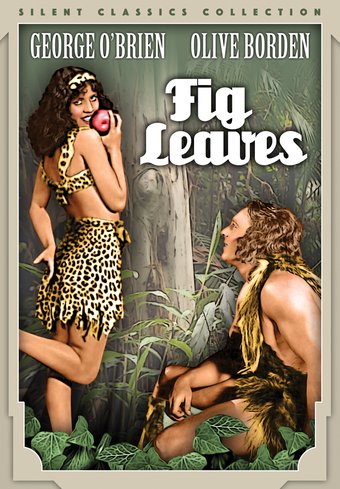 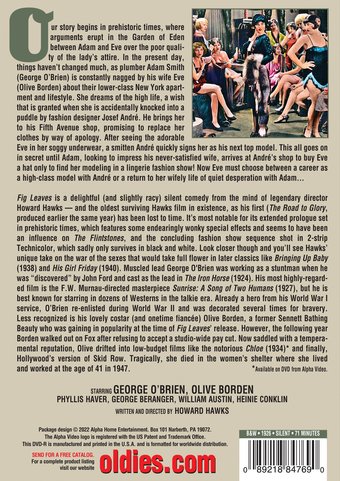 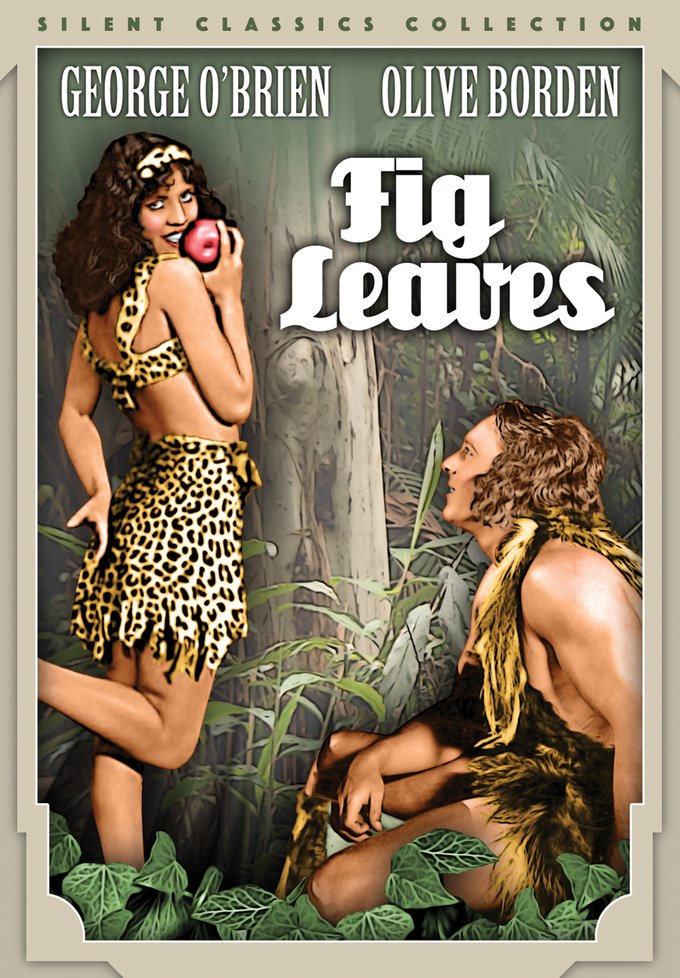 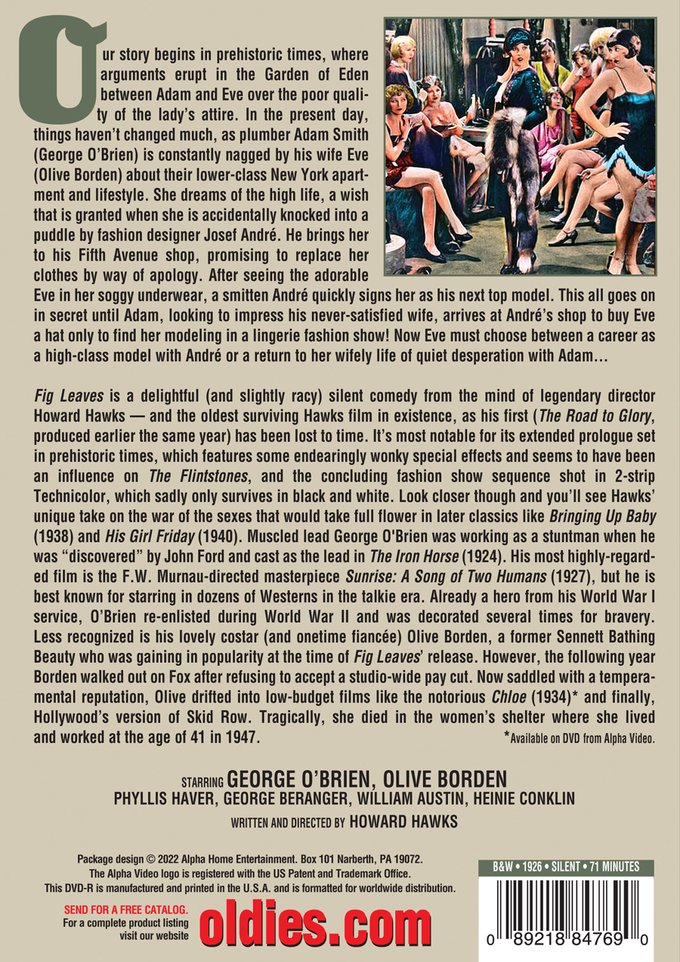 Our story begins in prehistoric times, where arguments erupt in the Garden of Eden between Adam and Eve over the poor quality of the lady's attire. In the present day, things haven't changed much, as plumber Adam Smith (George O'Brien) is constantly nagged by his wife Eve (Olive Borden) about their lower-class New York apartment and lifestyle. She dreams of the high life, a wish that is granted when she is accidentally knocked into a puddle by fashion designer Josef André. He brings her to his Fifth Avenue shop, promising to replace her clothes by way of apology. After seeing the adorable Eve in her soggy underwear, a smitten André quickly signs her as his next top model. This all goes on in secret until Adam, looking to impress his never-satisfied wife, arrives at André's shop to buy Eve a hat only to find her modeling in a lingerie fashion show! Now Eve must choose between a career as a high-class model with André or a return to her wifely life of quiet desperation with Adam…

Fig Leaves is a delightful (and slightly racy) silent comedy from the mind of legendary director Howard Hawks - and the oldest surviving Hawks film in existence, as his first (The Road to Glory, produced earlier the same year) has been lost to time. It's most notable for its extended prologue set in prehistoric times, which features some endearingly wonky special effects and seems to have been an influence on The Flintstones, and the concluding fashion show sequence shot in 2-strip Technicolor, which sadly only survives in black and white. Look closer though and you'll see Hawks' unique take on the war of the sexes that would take full flower in later classics like Bringing Up Baby (1938) and His Girl Friday (1940). Muscular lead George O'Brien was working as a stuntman when he was "discovered" by John Ford and cast as the lead in The Iron Horse (1924). His most highly-regarded film is the F.W. Murnau-directed masterpiece Sunrise: A Song of Two Humans (1927), but he is best known for starring in dozens of Westerns in the talkie era. Already a hero from his World War I service, O'Brien re-enlisted during World War II and was decorated several times for bravery. Less recognized is his lovely costar (and onetime fiancée) Olive Borden, a former Sennett Bathing Beauty who was gaining in popularity at the time of Fig Leaves' release. However, the following year Borden walked out on Fox after refusing to accept a studio-wide pay cut. Now saddled with a temperamental reputation, Olive drifted into low-budget films like the notorious Chloe, Love is Calling You (1934) and finally, Hollywood's version of Skid Row. Tragically, she died in the women's shelter where she lived and worked at the age of 41 in 1947.

40%off
The Land Before Time V: The Mysterious Island
$5.98 on Sale
Add to Cart