The king of Hollywood satire, Ernst Lubitsch, began his American career with this sophisticated comedy of sex and romance. 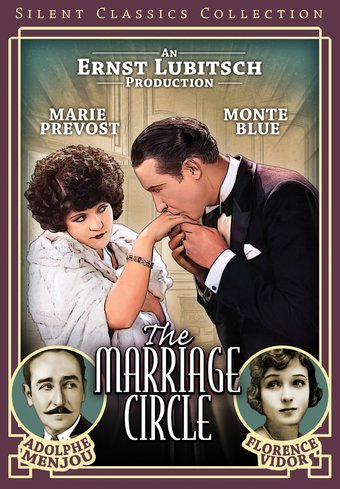 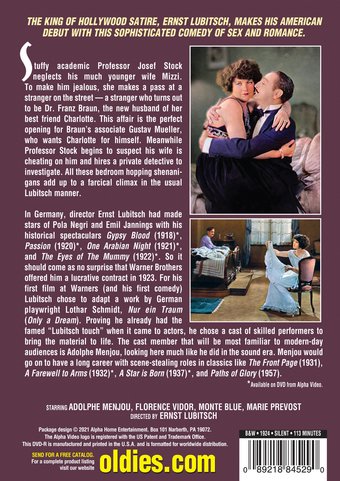 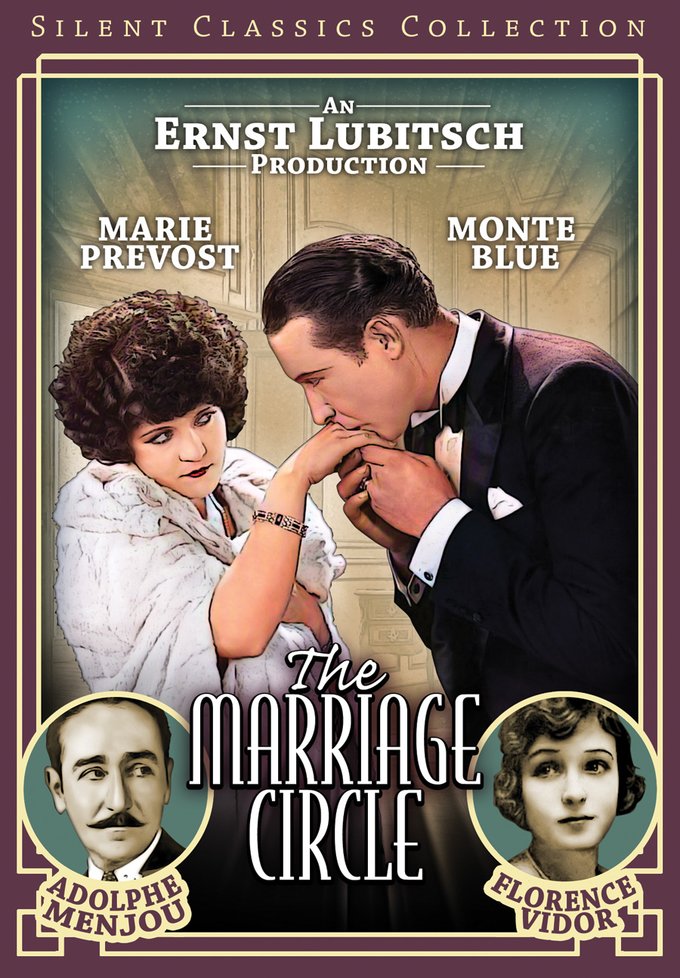 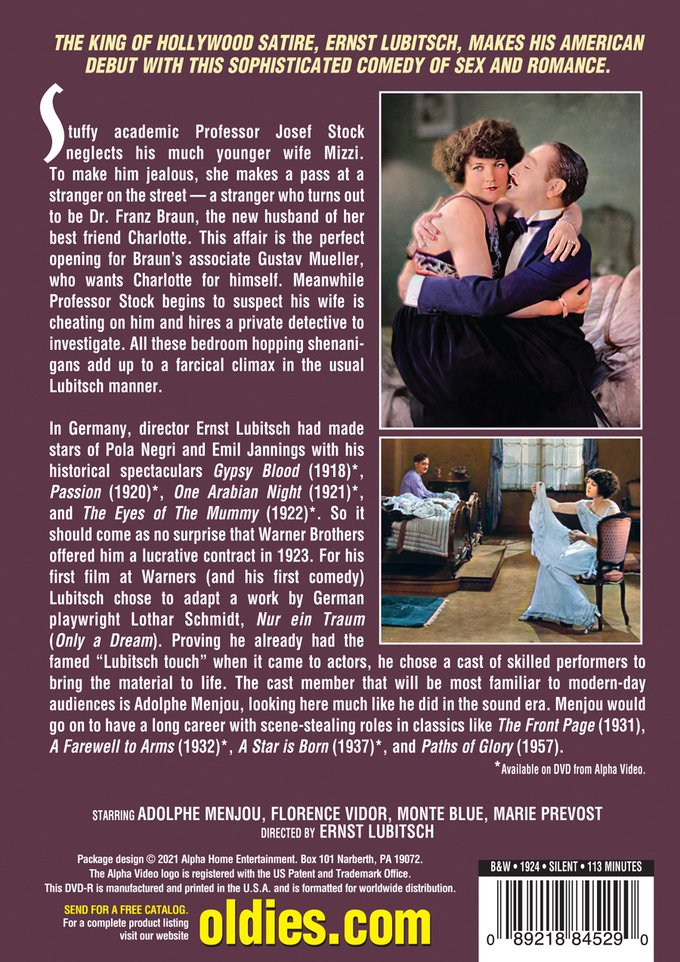 Stuffy academic Professor Josef Stock neglects his much younger wife Mizzi. To make him jealous, she makes a pass at a stranger on the street - a stranger who turns out to be Dr. Franz Braun, the new husband of her best friend Charlotte. This affair is the perfect opening for Braun's associate Gustav Mueller, who wants Charlotte for himself. Meanwhile Professor Stock begins to suspect his wife is cheating on him and hires a private detective to investigate. All these bedroom hopping shenanigans add up to a farcical climax in the usual Lubitsch manner.

In Germany, director Ernst Lubitsch had made stars of Pola Negri and Emil Jannings with his historical spectaculars Gypsy Blood (1918), Passion (1920), One Arabian Night (1921) and The Eyes of The Mummy (1922). So it should come as no surprise that Warner Brothers offered him a lucrative contract in 1923. For his first film at Warners (and his first comedy) Lubitsch chose to adapt a work by German playwright Lothar Schmidt, Nur ein Traum ("Only a Dream.") Proving he already had the famed "Lubitsch touch" when it came to actors, he chose a cast of skilled performers to bring the material to life. Leading man Monte Blue had risen to prominence in the role of Danton in D.W. Griffith's 1921 epic, Orphans Of The Storm. Florence Vidor got her start in Hollywood due to her husband, director King Vidor, and starred in several of his films, including The Jack-Knife Man (1920) and Dusk to Dawn (1922). The lovely Marie Prevost, who Lubitsch discovered was particularly skilled at comedy, would star in his later films Three Women (1924) and Kiss Me Again (1925). She is sadly best known for her tragic death in 1937 at the too young age of 38, as documented (inaccurately) in Kenneth Anger's Hollywood Babylon. Harry Myers co-starred with Charlie Chaplin in City Lights (1931). The cast member that will be most familiar to modern-day audiences is Adolphe Menjou, looking here much like he did in the sound era. Menjou would go on to have a long career with scene-stealing roles in classics like The Front Page (1931), A Farewell to Arms (1932), A Star is Born (1937) and Paths of Glory (1957). A critical and commercial success, The Marriage Circle single-handedly established "the sex farce" as a movie genre and made Lubitsch a name to be reckoned with Hollywood. He would go on to make some of the greatest films of the ‘30s and ‘40s, including Trouble in Paradise (1932), Ninotchka (1939), The Shop Around the Corner (1940), That Uncertain Feeling (1941), To Be or Not to Be (1942), and Heaven Can Wait(1943).