Four dramatic holiday classics from the early days of television. 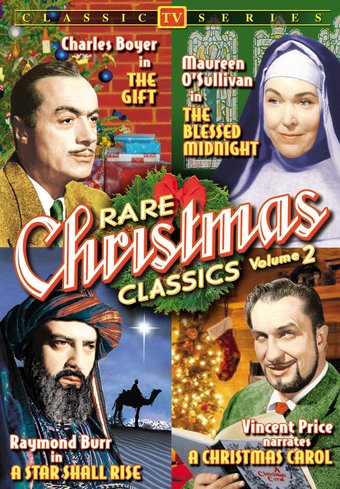 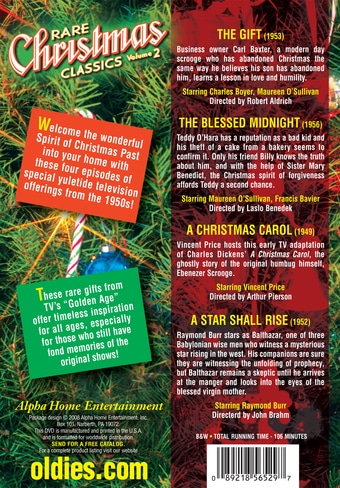 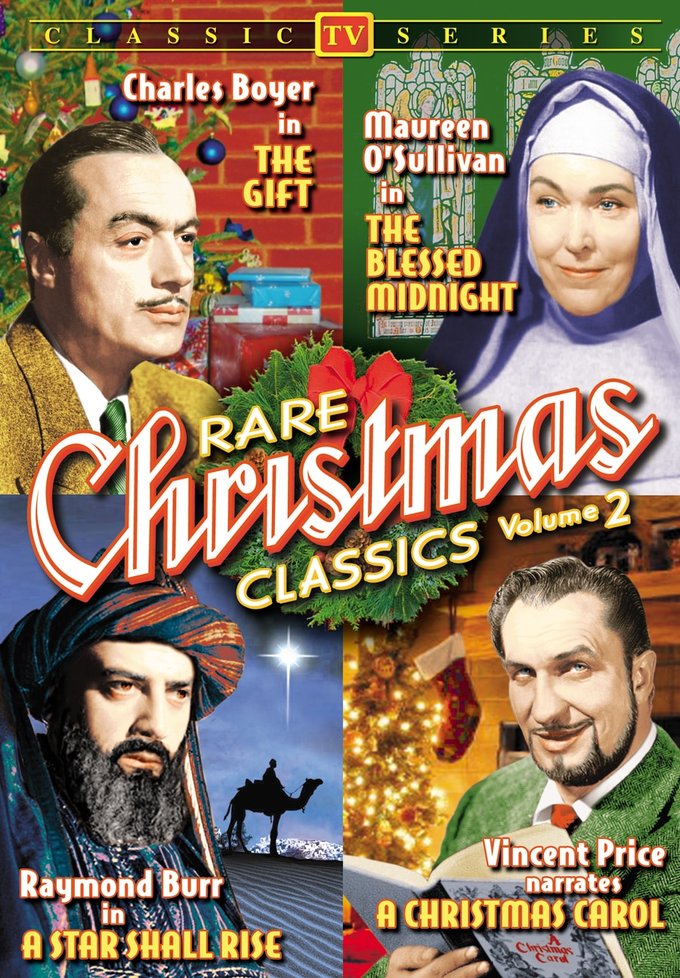 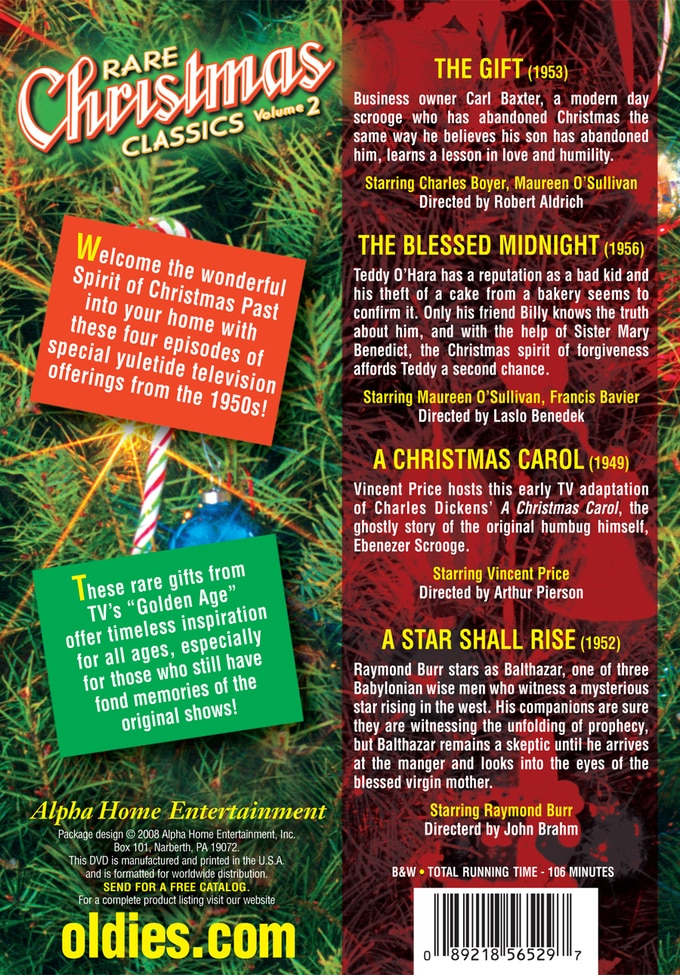 Welcome the wonderful Spirit of Christmas Past into your home with these four episodes of special yuletide television offerings from the 1950s! These rare gifts from TV's "Golden Age" offer timeless inspiration for all ages, especially for those who still have fond memories of the original shows!

The Gift (1953): Business owner Carl Baxter, a modern day scrooge who has abandoned Christmas the same way he believes his son has abandoned him, learns a lesson in love and humility. Starring Charles Boyer, Maureen O'Sullivan; Directed by Robert Aldrich.

The Blessed Midnight (1956): Teddy O'Hara has a reputation as a bad kid and his theft of a cake from a bakery seems to confirm it. Only his friend Billy knows the truth about him, and with the help of Sister Mary Benedict, the Christmas spirit of forgiveness affords Teddy a second chance. Starring Maureen O'Sullivan, Francis Bavier; Directed by Laslo Beredek.

A Star Shall Rise (1952): Raymond Burr stars as Balthazar, one of three Babylonian wise men who witness a mysterious star rising in the west. His companions are sure they are witnessing the unfolding of prophecy, but Balthazar remains a skeptic until he arrives at the manger and looks into the eyes of the blessed virgin mother. Starring Raymond Burr; Directed by John Brahm.

Christmas
This product is made-on-demand by the manufacturer using DVD-R recordable media. Almost all DVD players can play DVD-Rs (except for some older models made before 2000) - please consult your owner's manual for formats compatible with your player. These DVD-Rs may not play on all computers or DVD player/recorders. To address this, the manufacturer recommends viewing this product on a DVD player that does not have recording capability.


If you want "heart warming", this will do it. Really puts you in the Christmas spirit.