A 4-DVD set containing sixteen classic episodes from the British action series depicting tales from the Knights of The Round Table. 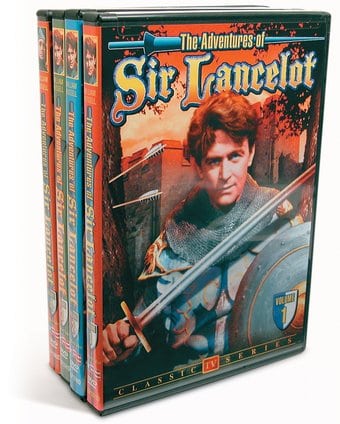 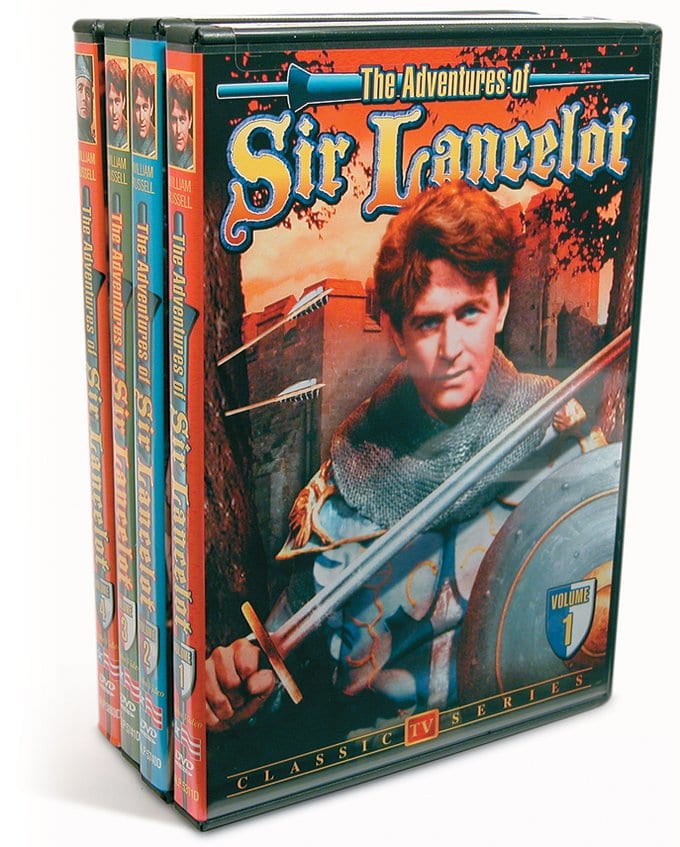 The Ferocious Fathers: Lancelot is caught up in a Romeo and Juliet-like struggle between the lovesick children of two warring feudal lords.

The Ruby of Radnor: King Arthur trusts Cousin Everard with the crown jewels and the priceless ruby of Radnor. The royal relative, however, arranges for the treasures to be stolen and for a crusading Lancelot to be jailed in his castle.

Caledon: Lancelot encounters the noble steed Caledon, mightiest warhorse in all of Britain.

The Knight with the Red Plume: Lancelot must fight Sir Kay to the death in order to become a knight of King Arthur's Round Table.

The Queen's Knight: Guenivere is abducted by evil Sir Mordred. Attempting to free his queen, Lancelot is also taken prisoner.

Knight Errant: Princess Helen will be subjected to a forced marriage unless Lancelot can rescue her kidnapped lover.

Missing Princess: Besieged villagers capture a princess and threaten to burn her at the stake unless her father, King Athelred, ceases his aggressive actions against them.

The Pirates: A band of pillaging pirates plot a clever ruse to draw the Knights of the Round Table away from the castle, leaving Camelot's crown jewels undefended.

The Ugly Duckling: A king's daughter is the target of kidnap threats, but Lancelot believes she's in no danger. Her sudden disappearance proves him wrong.