Four more classic episodes from the British action series depicting tales from the Knights of The Round Table. 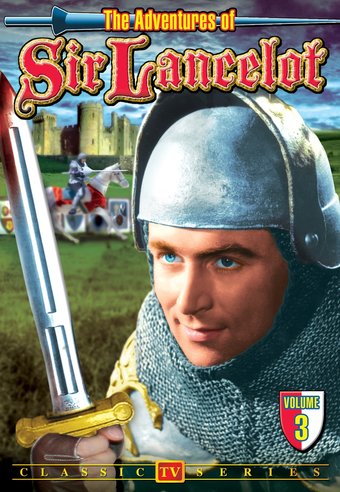 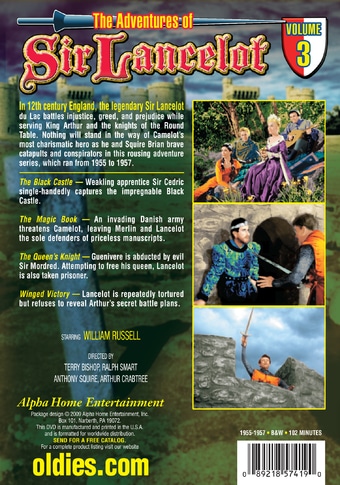 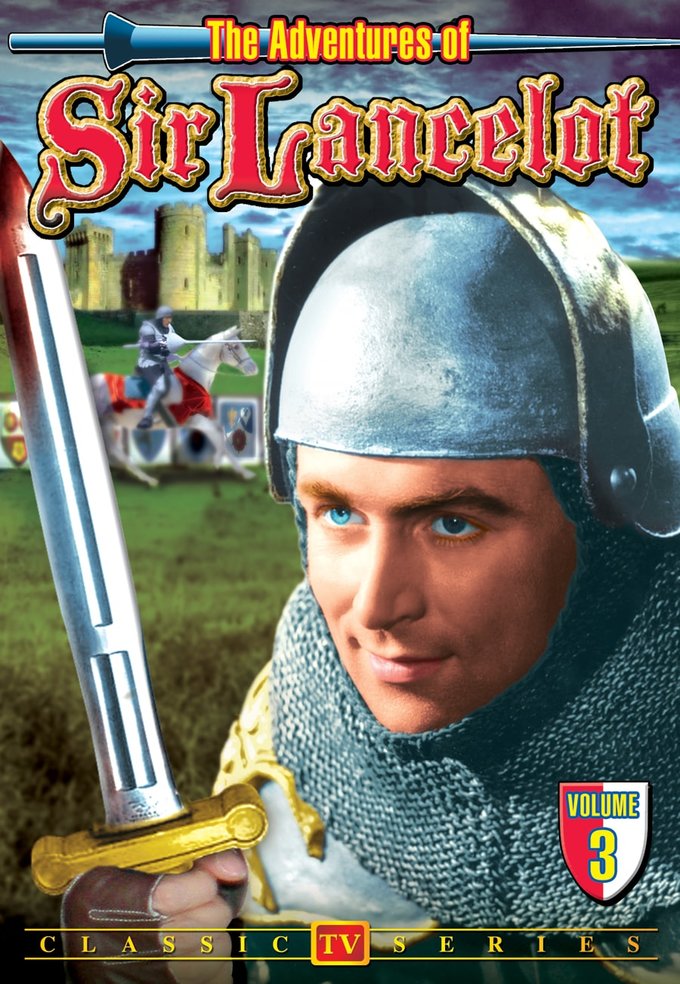 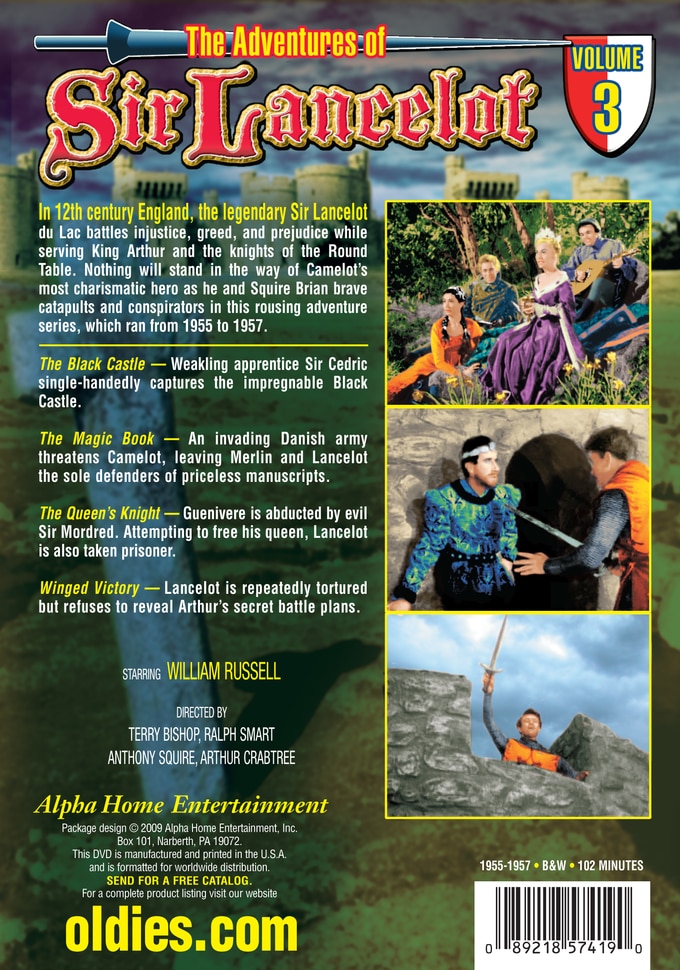 The Queen's Knight: Guenivere is abducted by evil Sir Mordred. Attempting to free his queen, Lancelot is also taken prisoner.

Raiding the tales of Arthurian lore, this British show follows the stirring adventures of dashing Sir Lancelot (William Russell) and the Knights of the Round Table. Queen Guinevere (Jane Hylton), King Arthur (Ronald Leigh-Hunt), and Merlin (Cyril Smith) are among the supporting cast in this 1950s series that later aired for a successful run on American television (a rarity at the time). This third volume presents four more episodes: "The Black Castle," "The Magic Book," "The Queen's Knight," and "Winged Victory."