In her first starring role in a major motion picture, the incomparable Greta Garbo plays a woman forced to sell her body on the streets of Depression-era Austria. 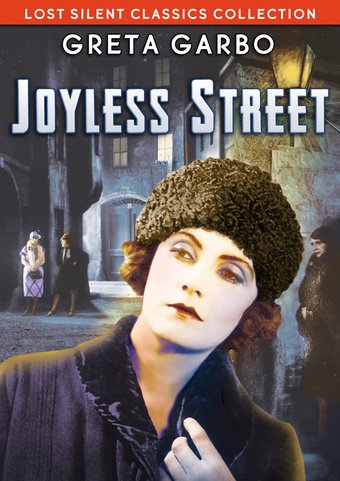 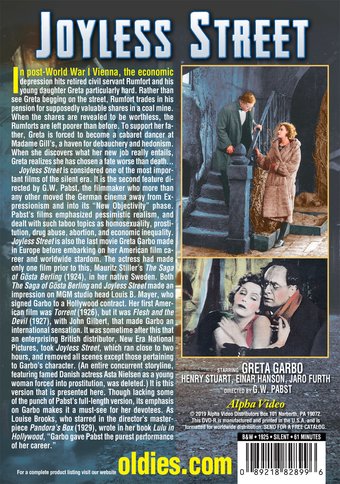 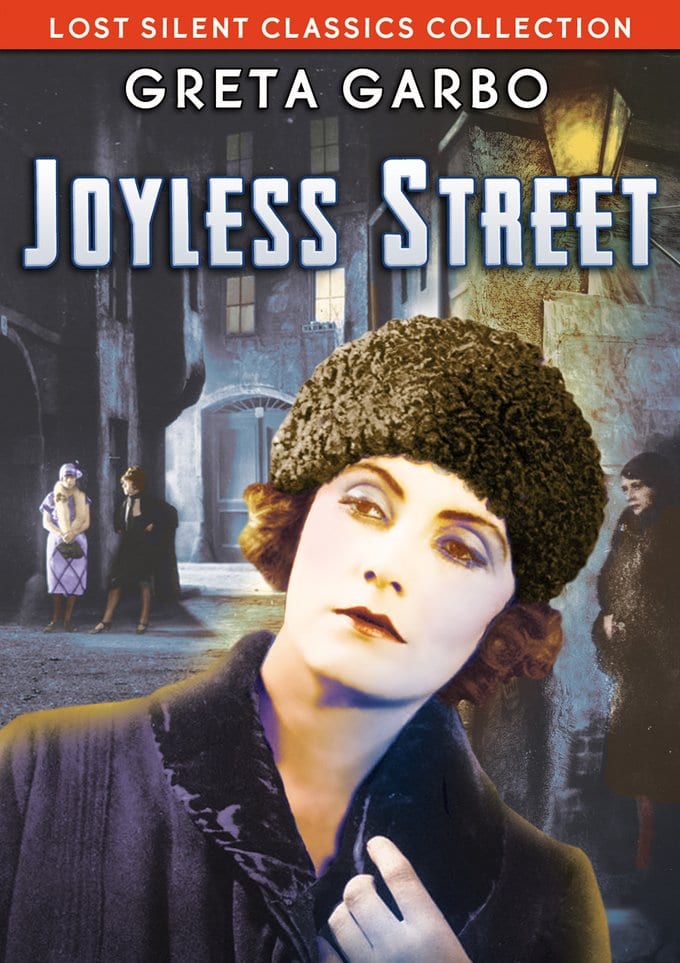 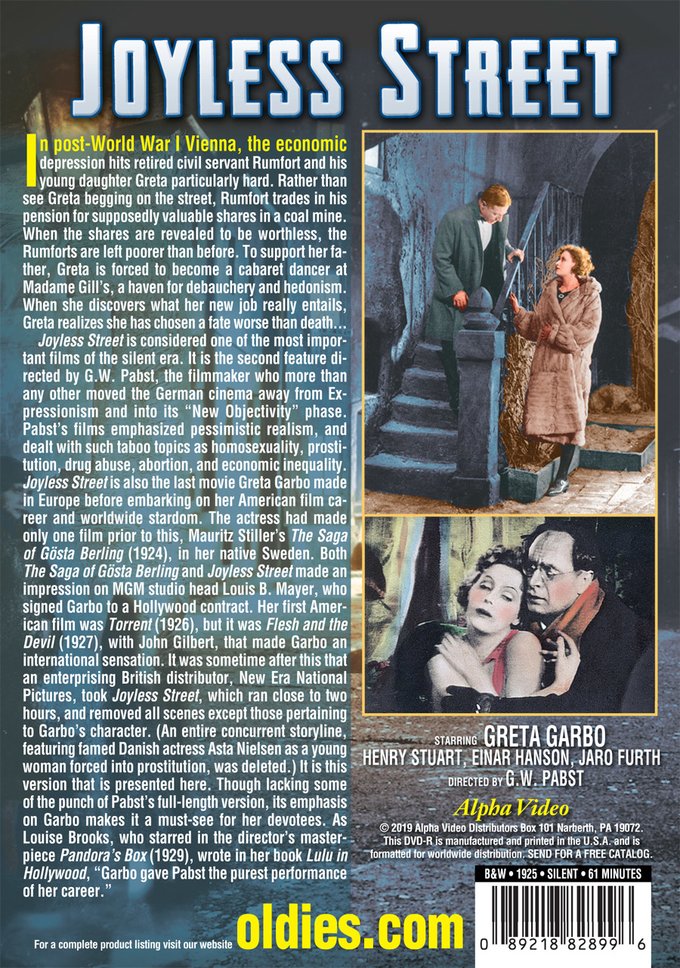 In post-World War I Vienna, the economic depression hits retired civil servant Rumfort and his young daughter Greta particularly hard. Rather than see Greta begging on the street, Rumfort trades in his pension for supposedly valuable shares in a coal mine. When the shares are revealed to be worthless, the Rumforts are left poorer than before. To support her father, Greta is forced to become a cabaret dancer at Madame Gill's, a haven for debauchery and hedonism. When she discovers what her new job really entails, Greta realizes she has chosen a fate worse than death...

Joyless Street is considered one of the most important films of the silent era. It is the second feature directed by G.W. Pabst, the filmmaker who more than any other moved the German cinema away from Expressionism and into its "New Objectivity" phase. Pabst's films emphasized pessimistic realism, and dealt with such taboo topics as homosexuality, prostitution, drug abuse, abortion, and economic inequality. Joyless Street is also the last movie Greta Garbo made in Europe before embarking on her American film career and worldwide stardom. The actress had made only one film prior to this, Mauritz Stiller's The Saga of Gösta Berling (1924), in her native Sweden. Both The Saga of Gösta Berling and Joyless Street made an impression on MGM studio head Louis B. Mayer, who signed Garbo to a Hollywood contract. Her first American film was Torrent (1926), but it was Flesh and the Devil (1927), with John Gilbert, that made Garbo an international sensation. It was sometime after this that an enterprising British distributor, New Era National Pictures, took Joyless Street, which ran close to two hours, and removed all scenes except those pertaining to Garbo's character. (An entire concurrent storyline, featuring famed Danish actress Asta Nielsen as a young woman forced into prostitution, was deleted.) It is this version that is presented here. Though lacking some of the punch of Pabst's full-length version, its emphasis on Garbo makes it a must-see for her devotees. As Louise Brooks, who starred in the director's masterpiece Pandora's Box (1929), wrote in her book Lulu in Hollywood, "Garbo gave Pabst the purest performance of her career."