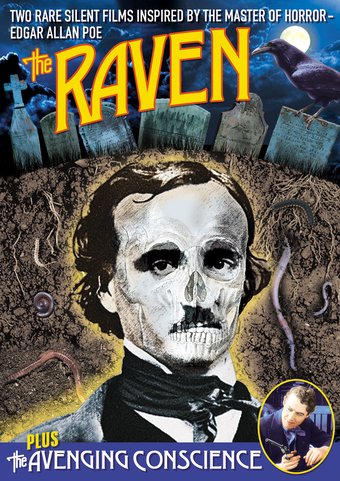 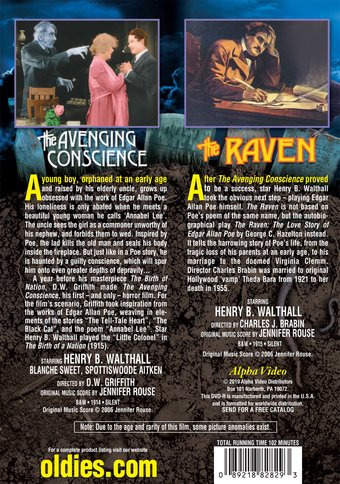 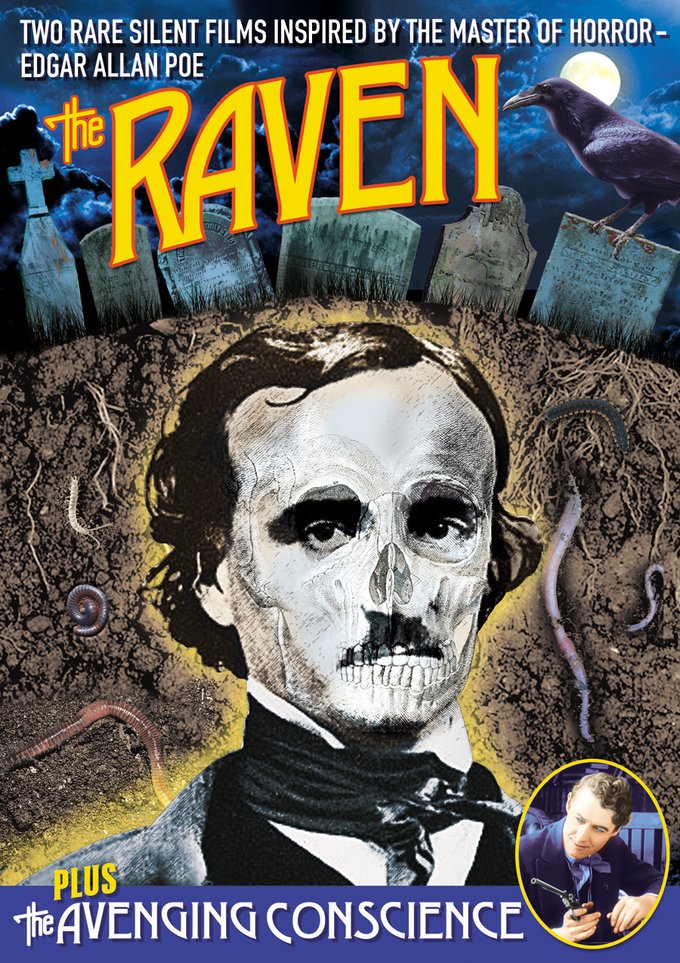 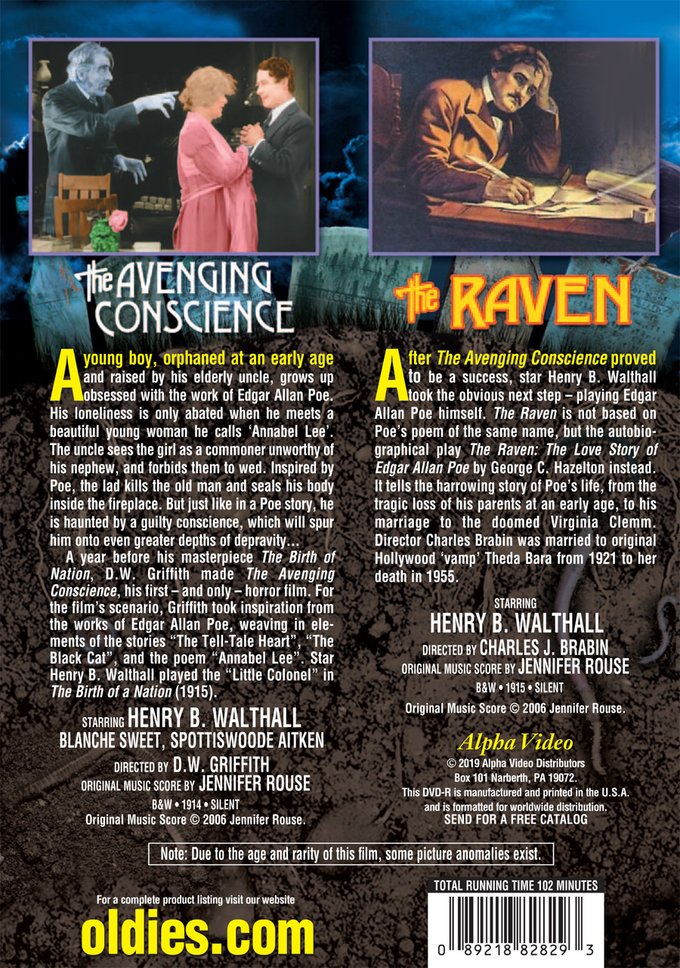 THE AVENGING CONSCIENCE (1914): A young boy, orphaned at an early age and raised by his elderly uncle, grows up obsessed with the work of Edgar Allan Poe. His loneliness is only abated when he meets a beautiful young woman he calls ‘Annabel Lee’. The uncle sees the girl as a commoner unworthy of his nephew, and forbids them to wed. Inspired by Poe, the lad kills the old man and seals his body inside the fireplace. But just like in a Poe story, he is haunted by a guilty conscience, which will spur him onto even greater depths of depravity...

A year before his masterpiece The Birth of a Nation, D.W. Griffith made The Avenging Conscience, his first – and only – horror film. For the film’s scenario, Griffith took inspiration from the works of Edgar Allan Poe, weaving in elements of the stories “The Tell-Tale Heart”, “The Black Cat”, and the poem “Annabel Lee”. Star Henry B. Walthall played the “Little Colonel” in The Birth of a Nation (1915).

THE RAVEN (1915): After The Avenging Conscience proved to be a success, star Henry B. Walthall took the obvious next step – playing Edgar Allan Poe himself. The Raven is not based on Poe’s poem of the same name, but the autobiographical play The Raven: The Love Story of Edgar Allan Poe by George C. Hazelton instead. It tells the harrowing story of Poe’s life, from the tragic loss of his parents at an early age, to his marriage to the doomed Virginia Clemm. Director Charles Brabin was married to original Hollywood ‘vamp’ Theda Bara from 1921 to her death in 1955.

Both The Avenging Conscience and The Raven feature original music scores composed by Jennifer Rouse, multi-talented actress, model, and musician.

Note: Due to the age and rarity of these films, some picture anomalies exist.