The child of a wealthy judge is separated from her parents and grows up a thief on the tough Parisian streets./A shopgirl tries to win the heart of a playboy after he loses his fortune on the stock market. 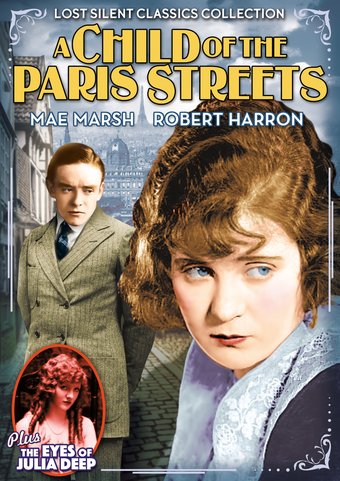 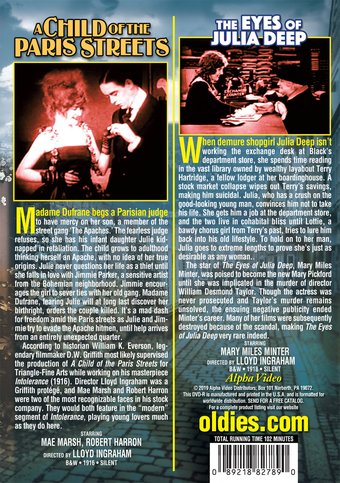 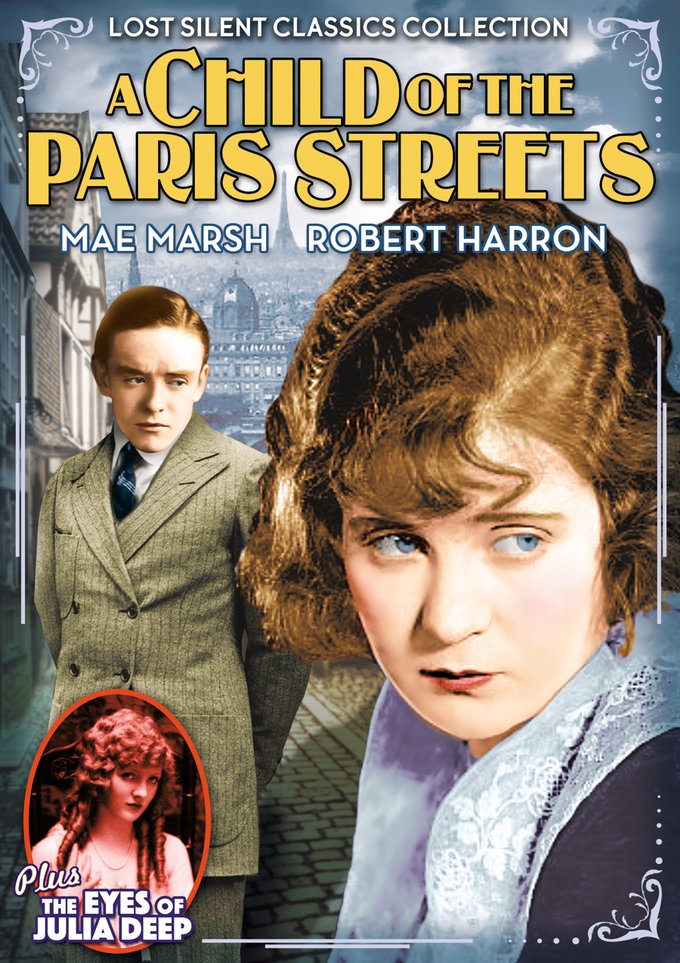 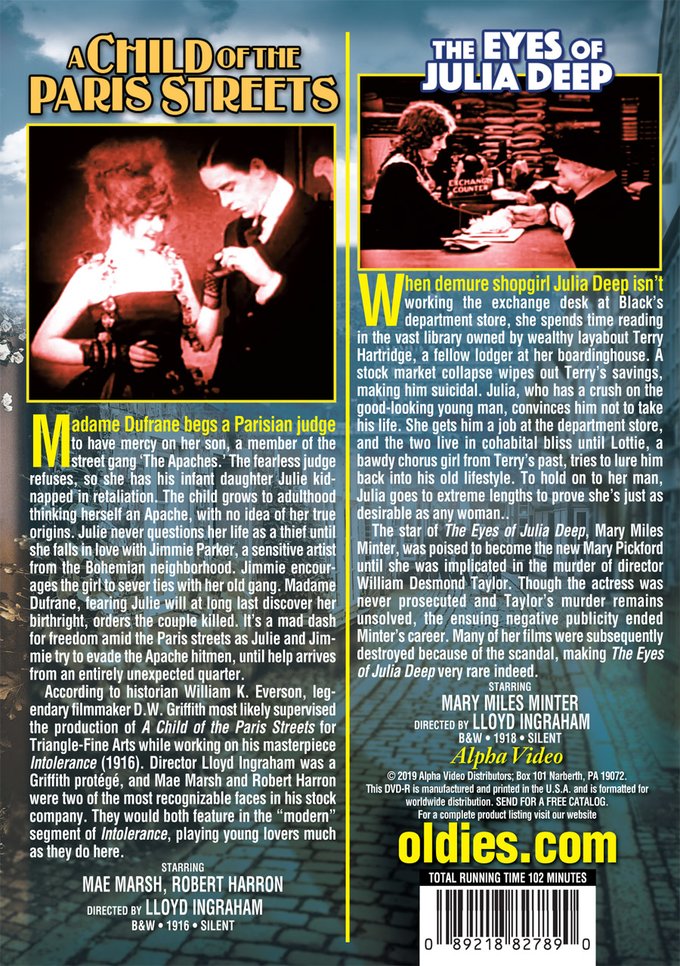 A CHILD OF THE PARIS STREETS (1916): Madame Dufrane begs a Parisian judge to have mercy on her son, a member of the street gang 'The Apaches.' The fearless judge refuses, so she has his infant daughter Julie kidnapped in retaliation. The child grows to adulthood thinking herself an Apache, with no idea of her true origins. Julie never questions her life as a thief until she falls in love with Jimmie Parker, a sensitive artist from the Bohemian neighborhood. Jimmie encourages the girl to sever ties with her old gang. Madame Dufrane, fearing Julie will at long last discover her birthright, orders the couple killed. It's a mad dash for freedom amid the Paris streets as Julie and Jimmie try to evade the Apache hitmen, until help arrives from an entirely unexpected quarter.

According to historian William K. Everson, legendary filmmaker D.W. Griffith most likely supervised the production of A Child of the Paris Streets for Triangle-Fine Arts while working on his masterpiece Intolerance (1916). Director Lloyd Ingraham was a Griffith protégé, and Mae Marsh and Robert Harron were two of the most recognizable faces in his stock company. They would both feature in the "modern" segment of Intolerance, playing young lovers much as they do here.

THE EYES OF JULIA DEEP (1918): When demure shopgirl Julia Deep isn't working the exchange desk at Black's department store, she spends time reading in the vast library owned by wealthy layabout Terry Hartridge, a fellow lodger at her boardinghouse. A stock market collapse wipes out Terry's savings, making him suicidal. Julia, who has a crush on the good-looking young man, convinces him not to take his life. She gets him a job at the department store, and the two live in cohabital bliss until Lottie, a bawdy chorus girl from Terry's past, tries to lure him back into his old lifestyle. To hold on to her man, Julia goes to extreme lengths to prove she's just as desirable as any woman.

The star of The Eyes of Julia Deep, Mary Miles Minter, was poised to become the new Mary Pickford until she was implicated in the murder of director William Desmond Taylor. Though the actress was never prosecuted and Taylor's murder remains unsolved, the ensuing negative publicity ended Minter's career. Many of her films were subsequently destroyed because of the scandal, making The Eyes of Julia Deep very rare indeed.