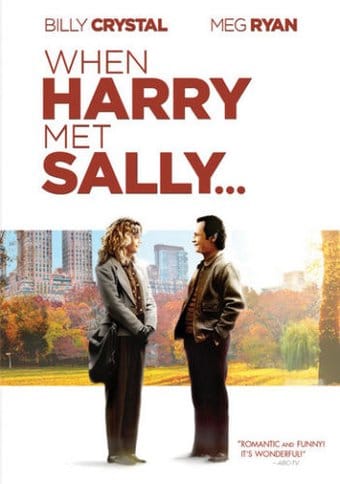 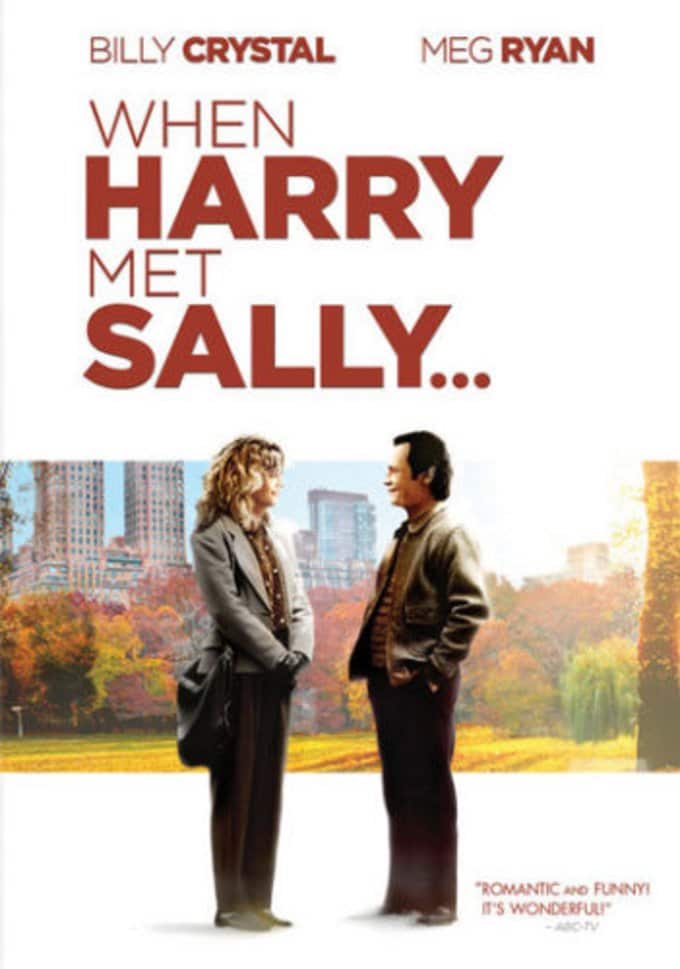 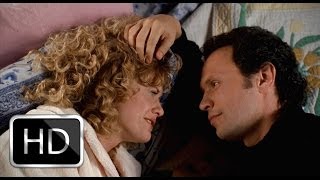 "I'll have what she's having."--Deli patron (Estelle Reiner
- Rob's mother) after Sally has dramatically faked an orgasm in Katz's Deli

WHEN HARRY MET SALLY... tracks a star-crossed pair as they repeatedly drift apart and meet again over a span of 13 years and gradually fall madly, deeply, passionately into friendship, a friendship ever teetering on the edge of love. Harry meets Sally when they share a car ride to New York City upon graduation from the University of Chicago. A few minutes into the trip, the conversation between womanizing, neurotic Harry (Billy Crystal) and driven, equally neurotic Sally (Meg Ryan) becomes heatedly contentious. The question arises: Can a man and a woman be just friends' Harry contends this proposition is impossible, that sex will always come along to screw up the friendship. Sally is aghast and disagrees, proclaiming the idea a distinct possibility. The two part ways rather acrimoniously in New York but before long meet again and eventually decide to indeed be friends. As life's mysterious coincidences pull Harry and Sally closer together, they share mystical, tender moments, confess secrets to each other, console each other, attend major holidays together, and do all the other things couples traditionally do. The question then reemerges: Can Harry and Sally remain mere friends, or will they--must they--fall in love' And can anyone forget Ryan's classic faking-it scene in Katz's Deli'

"Brimming over with style, intelligence and flashing wit" (Rolling Stone), this "splendid and irresistible" (Los Angeles Times) film from director Rob Reiner (American President is one of the best-loved romantic comedies of all time. Featuring dazzling performances from Meg Ryan, Billy Crystal, Carrie Fisher and Bruno Kirby, exceptional music from Harry Connick Jr., and an Oscar®-nominated* screenplay by Nora Ephron, When Harry Met Sally is an "explosively funny" commentary on friendship, courtships - and other hardships - of the modern age (Newsweek)! Will sex ruin a perfect relationship between a man and a woman' that's what Harry (Crystal) and Sally (Ryan) debate during their travels from Chicago to New York. And eleven years and later, they're still no closer to finding the answer. Will these two best friends ever accept that they're meant for each other...or will they continue to deny the attraction that's existed since the first moment When Harry Met Sally'

Director Rob Reiner's WHEN HARRY MET SALLY... is a comedy about the romantic travails of two neurotic New Yorkers who keep running into each other over a period of 13 years and form a friendship that constantly verges on romance. As the two stubbornly resist courting each other, they gradually realize there may be no two people more qualified to be in love in this delightful, anecdotal film.

It Happened One Night
$13.10 Super Savings
Add to Cart