Feature-length versions of two classic silent serials -- for the first time on DVD! 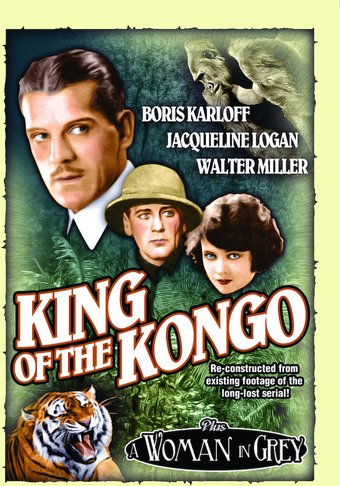 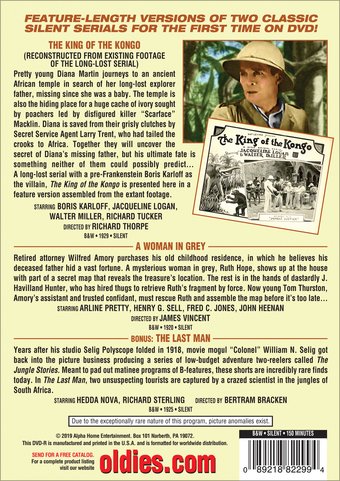 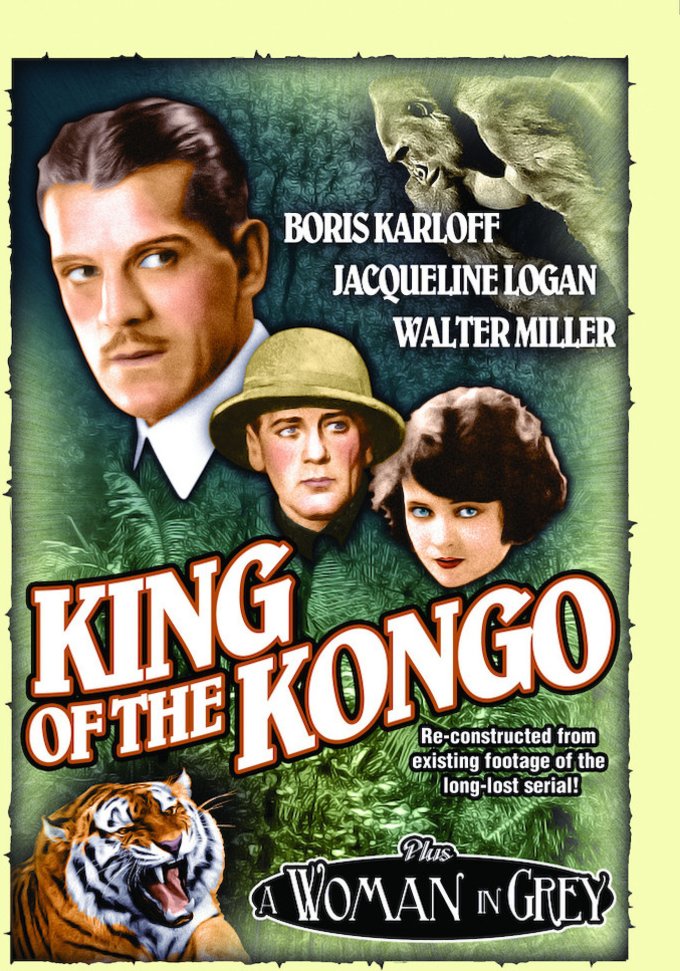 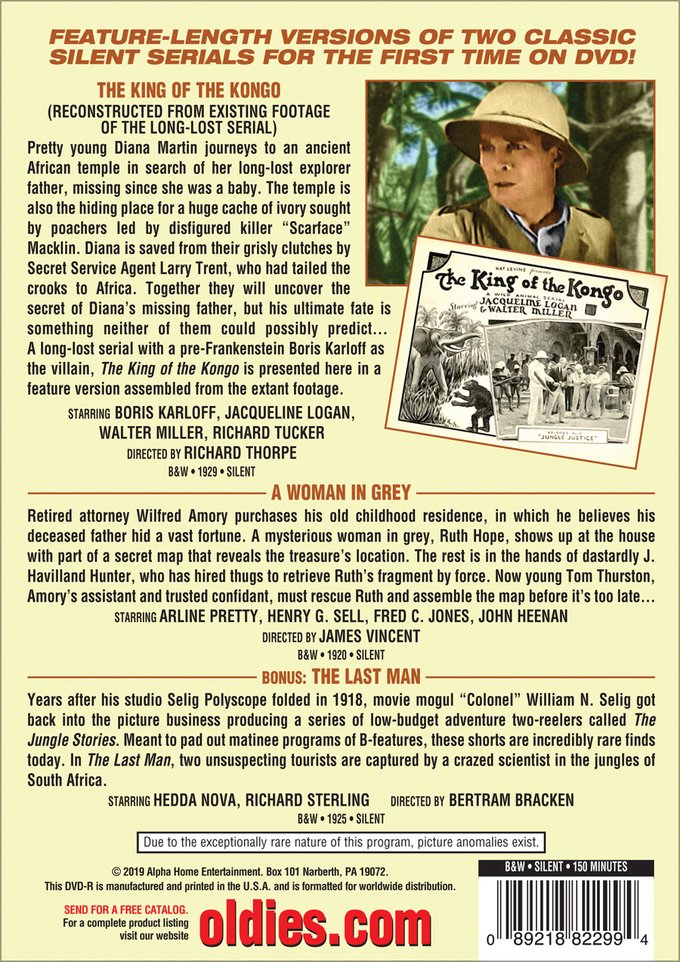 THE KING OF THE KONGO (1929): Pretty young Diana Martin journeys to an ancient African temple in search of her long-lost explorer father, missing since she was a baby. The temple is also the hiding place for a huge cache of ivory sought by poachers led by disfigured killer "Scarface" Macklin. Diana is saved from their grisly clutches by Secret Service Agent Larry Trent, who had tailed the crooks to Africa. Together they will uncover the secret of Diana's missing father, but his ultimate fate is something neither of them could possibly predict...A long-lost serial with a pre-Frankenstein Boris Karloff as the villain, The King of the Kongo is presented here in a feature version assembled from the extant footage. Due to the exceptionally rare nature of this program, picture anomalies exist.

A WOMAN IN GREY (1920): Retired attorney Wilfred Amory purchases his old childhood residence, in which he believes his deceased father hid a vast fortune. A mysterious woman in grey, Ruth Hope, shows up at the house with part of a secret map that reveals the treasure's location. The rest is in the hands of dastardly J. Havilland Hunter, who has hired thugs to retrieve Ruth's fragment by force. Now young Tom Thurston, Amory's assistant and trusted confidant, must rescue Ruth and assemble the map before it's too late…

BONUS: The Last Man (1925): Years after his studio Selig Polyscope folded in 1918, movie mogul "Colonel" William N. Selig got back into the picture business producing a series of low-budget adventure two-reelers called The Jungle Stories. Meant to pad out matinee programs of B-features, these shorts are incredibly rare finds today. In The Last Man, two unsuspecting tourists are captured by a crazed scientist in the jungles of South Africa. Starring Hedda Nova and Richard Sterling. Directed by Bertram Bracken.