A handicapped Civil War veteran brings justice to the Old West in four episodes of this lost TV classic. 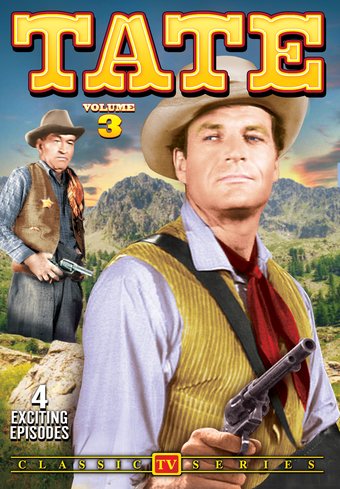 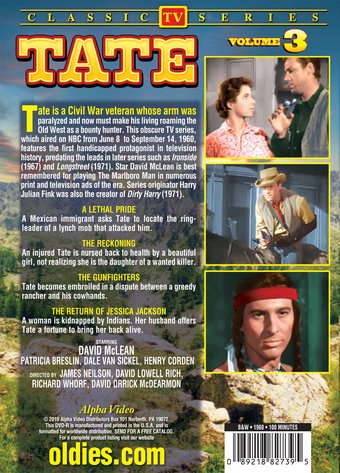 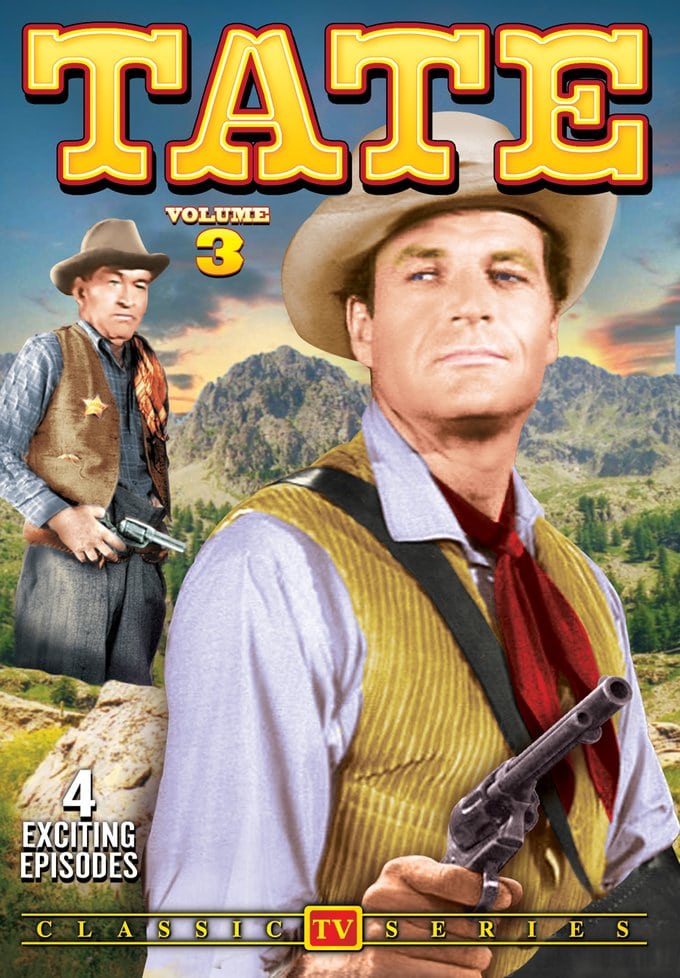 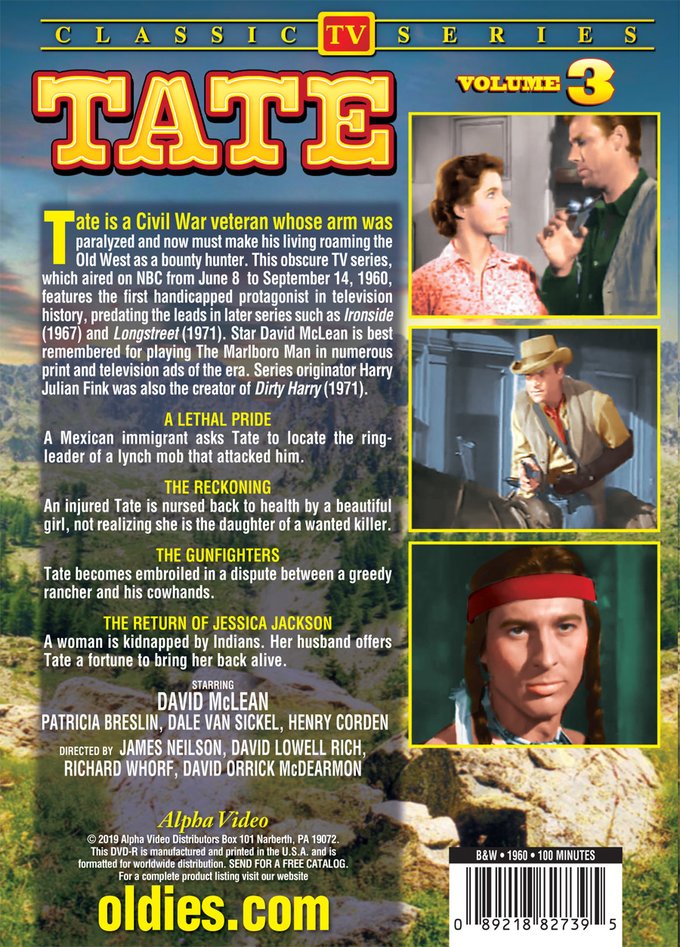 Tate is a Civil War veteran whose arm was paralyzed and now must make his living roaming the Old West as a bounty hunter. This obscure TV series, which aired on NBC from June 8 to September 14, 1960, features the first handicapped protagonist in television history, predating the leads in later series such as Ironside (1967) and Longstreet (1971). Star David McLean is best remembered for playing The Marlboro Man in numerous print and television ads of the era. Series originator Harry Julian Fink was also the creator of Dirty Harry (1971).

A LETHAL PRIDE: A Mexican immigrant asks Tate to locate the ringleader of a lynch mob that attacked him.

THE RECKONING: An injured Tate is nursed back to health by a beautiful girl, not realizing she is the daughter of a wanted killer.

THE GUNFIGHTERS: Tate becomes embroiled in a dispute between a greedy rancher and his cowhands.

THE RETURN OF JESSICA JACKSON: A woman is kidnapped by Indians. Her husband offers Tate a fortune to bring her back alive.