A Civil War veteran brings justice to the Old West in four episodes of this TV classic. 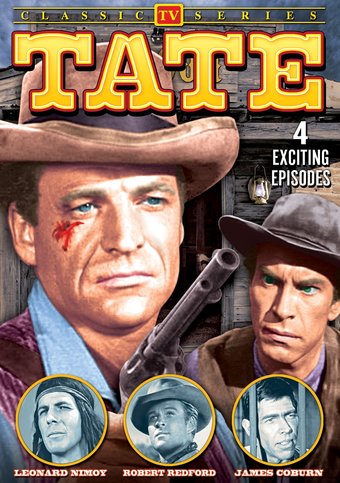 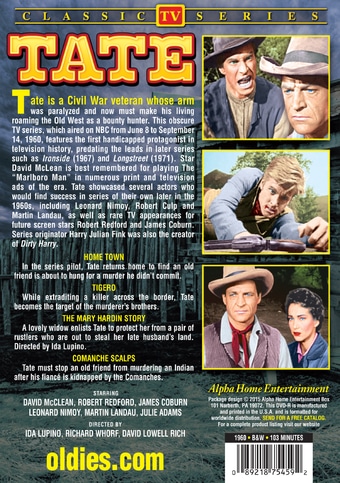 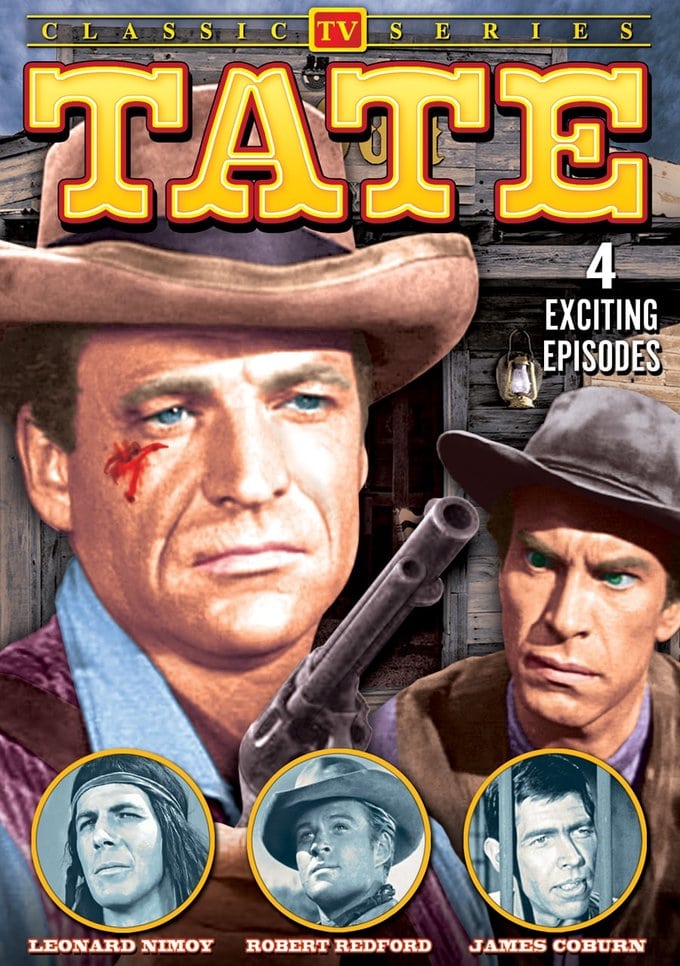 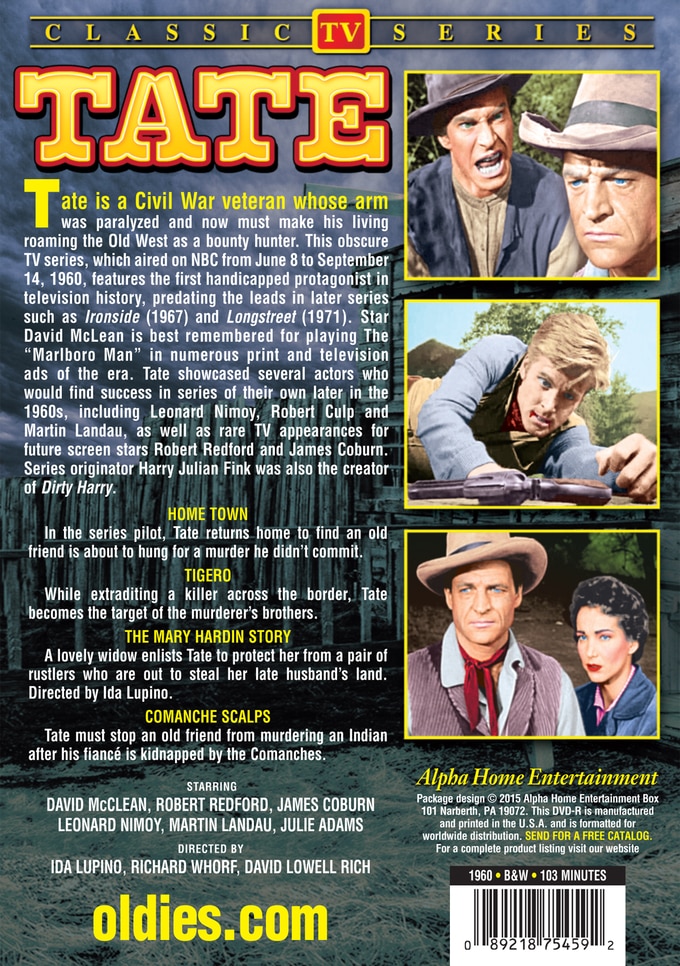 Tate is a Civil War veteran whose arm was paralyzed and now must make his living roaming the Old West as a bounty hunter. This obscure TV series, which aired on NBC from June 8 to September 14, 1960, features the first handicapped protagonist in television history, predating the leads in later series such as Ironside (1967) and Longstreet (1971). Star David McLean is best remembered for playing The Marlboro Man in numerous print and television ads of the era. Tate showcased several actors who would find success in series of their own later in the 1960s, including Leonard Nimoy, Robert Culp and Martin Landau, as well as rare TV appearances for future screen stars Robert Redford and James Coburn. Series originator Harry Julian Fink was also the creator of Dirty Harry (1971).

HOME TOWN: In the series pilot, Tate returns home to find an old friend is about to hung for a murder he didn't commit.

TIGERO: While extraditing a killer across the border, Tate becomes the target of the murderer's brothers.

THE MARY HARDIN STORY: A lovely widow enlists Tate to protect her from a pair of rustlers who are out to steal her late husband's land. Directed by Ida Lupino.

COMANCHE SCALPS: Tate must stop an old friend from murdering an Indian after his fiancée is kidnapped by the Comanches.