One Step Beyond Volume 18 (The Lost Episodes)

John Newland is your guide into the unknown in four lost episodes of this classic paranormal anthology series. 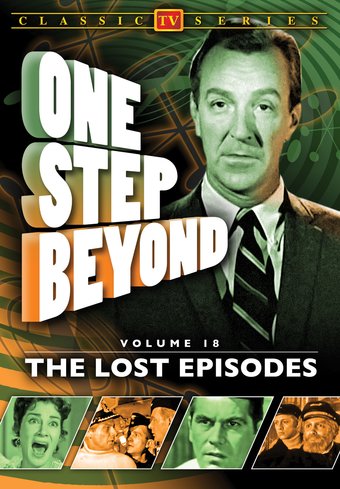 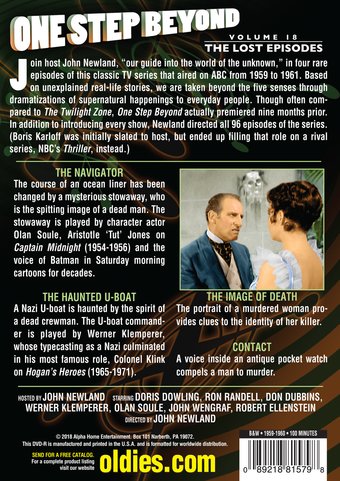 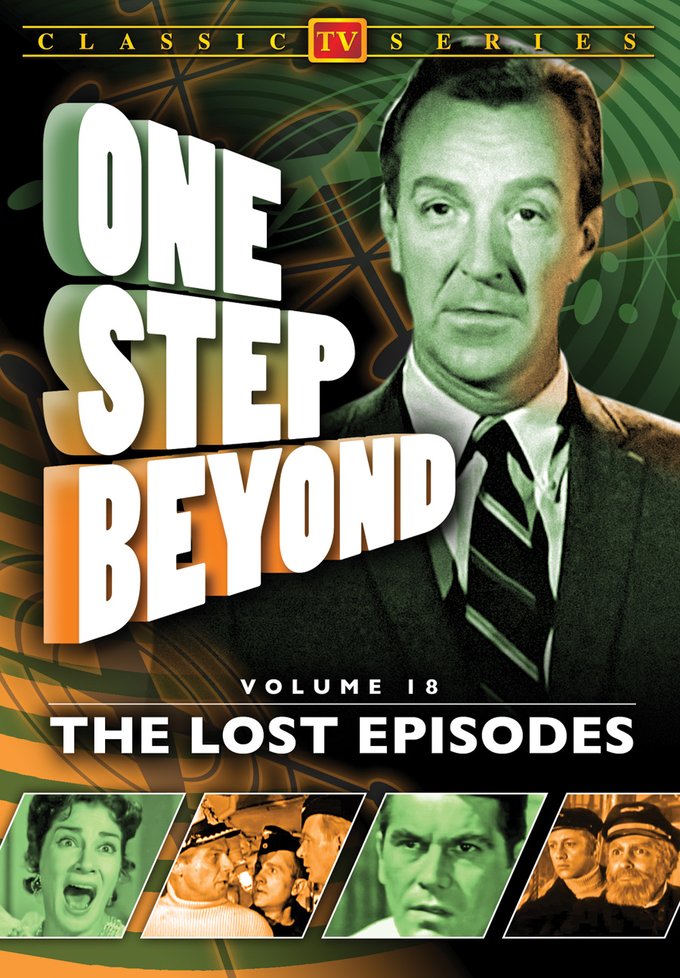 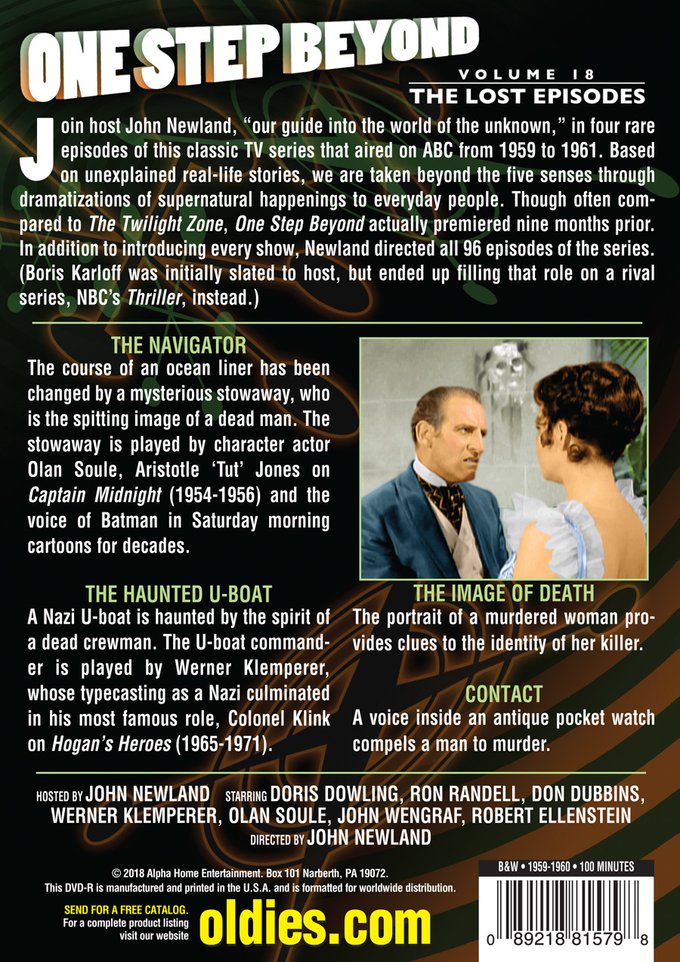 Join host John Newland, "our guide into the world of the unknown," in four rare episodes of this classic TV series that aired on ABC from 1959 to 1961. Based on unexplained real-life stories, we are taken beyond the five senses through dramatizations of supernatural happenings to everyday people. Though often compared to The Twilight Zone, One Step Beyond actually premiered nine months prior. In addition to introducing every show, Newland directed all 96 episodes of the series. (Boris Karloff was initially slated to host, but ended up filling that role on a rival series, NBC's Thriller, instead.)

THE NAVIGATOR: The course of an ocean liner has been changed by a mysterious stowaway, who is the spitting image of a dead man. The stowaway is played by character actor Olan Soule, Aristotle ‘Tut' Jones on Captain Midnight (1954-1956) and the voice of Batman in Saturday morning cartoons for decades.

THE HAUNTED U-BOAT: A Nazi U-boat is haunted by the spirit of a dead crewman. The U-boat commander is played by Werner Klemperer, whose typecasting as a Nazi culminated in his most famous role, Colonel Klink on Hogan's Heroes (1965-1971).

THE IMAGE OF DEATH: The portrait of a murdered woman provides clues to the identity of her killer.

CONTACT: A voice inside an antique pocket watch compels a man to murder.