One Step Beyond Volume 14 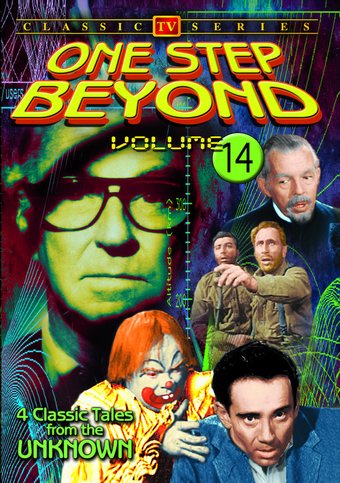 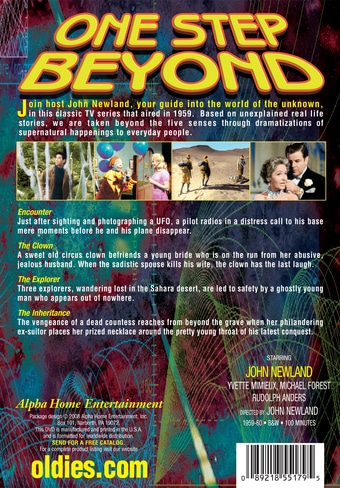 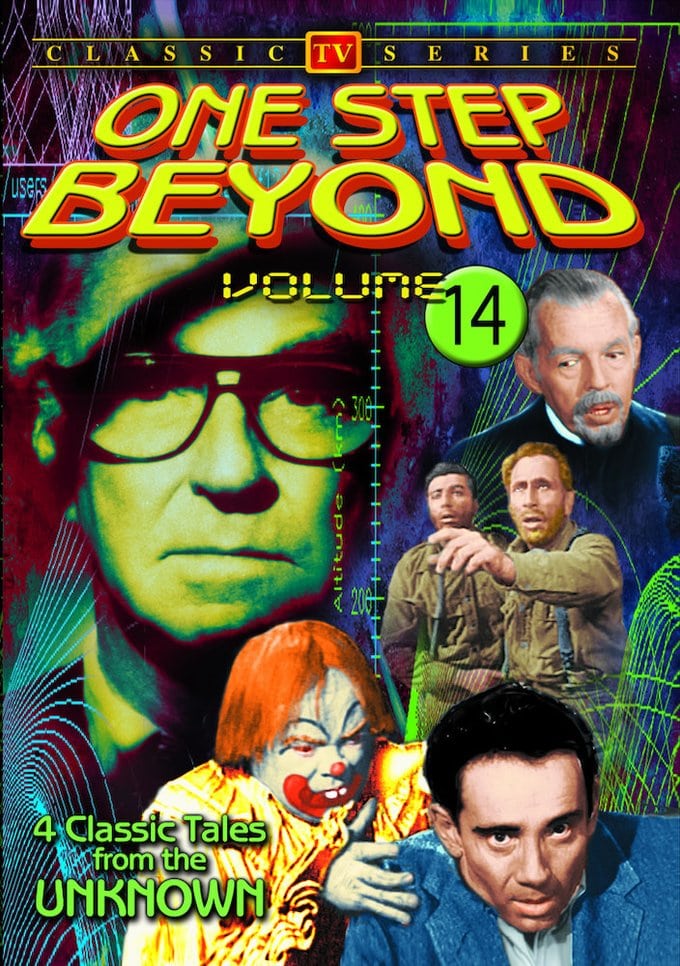 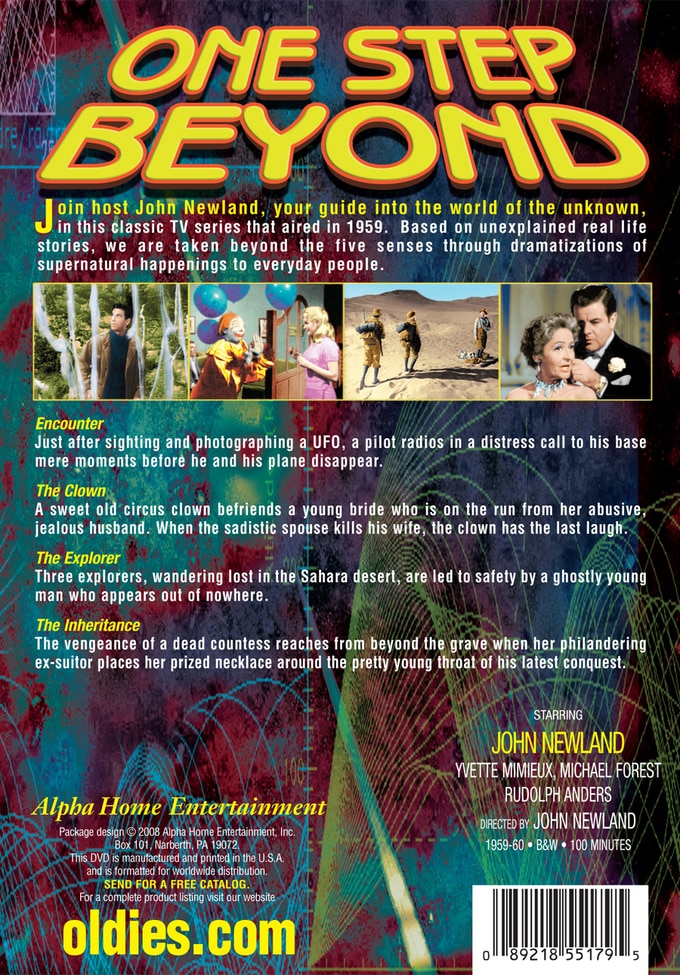 Encounter: Just after sighting and photographing a UFO, a pilot radios in a distress call to his base mere moments before he and his plane disappear.

The Clown: A sweet old circus clown befriends a young bride who is on the run from her abusive, jealous husband. When the sadistic spouse kills his wife, the clown has the last laugh.

The Explorer: Three explorers, wandering lost in the Sahara desert, are led to safety by a ghostly young man who appears out of nowhere.

The Inheritance: The vengeance of a dead countess reaches from beyond the grave when her philandering ex-suitor places her prized necklace around the pretty young throat of his latest conquest.

Classic | Vintage | Supernatural | 1950s
This product is made-on-demand by the manufacturer using DVD-R recordable media. Almost all DVD players can play DVD-Rs (except for some older models made before 2000) - please consult your owner's manual for formats compatible with your player. These DVD-Rs may not play on all computers or DVD player/recorders. To address this, the manufacturer recommends viewing this product on a DVD player that does not have recording capability.